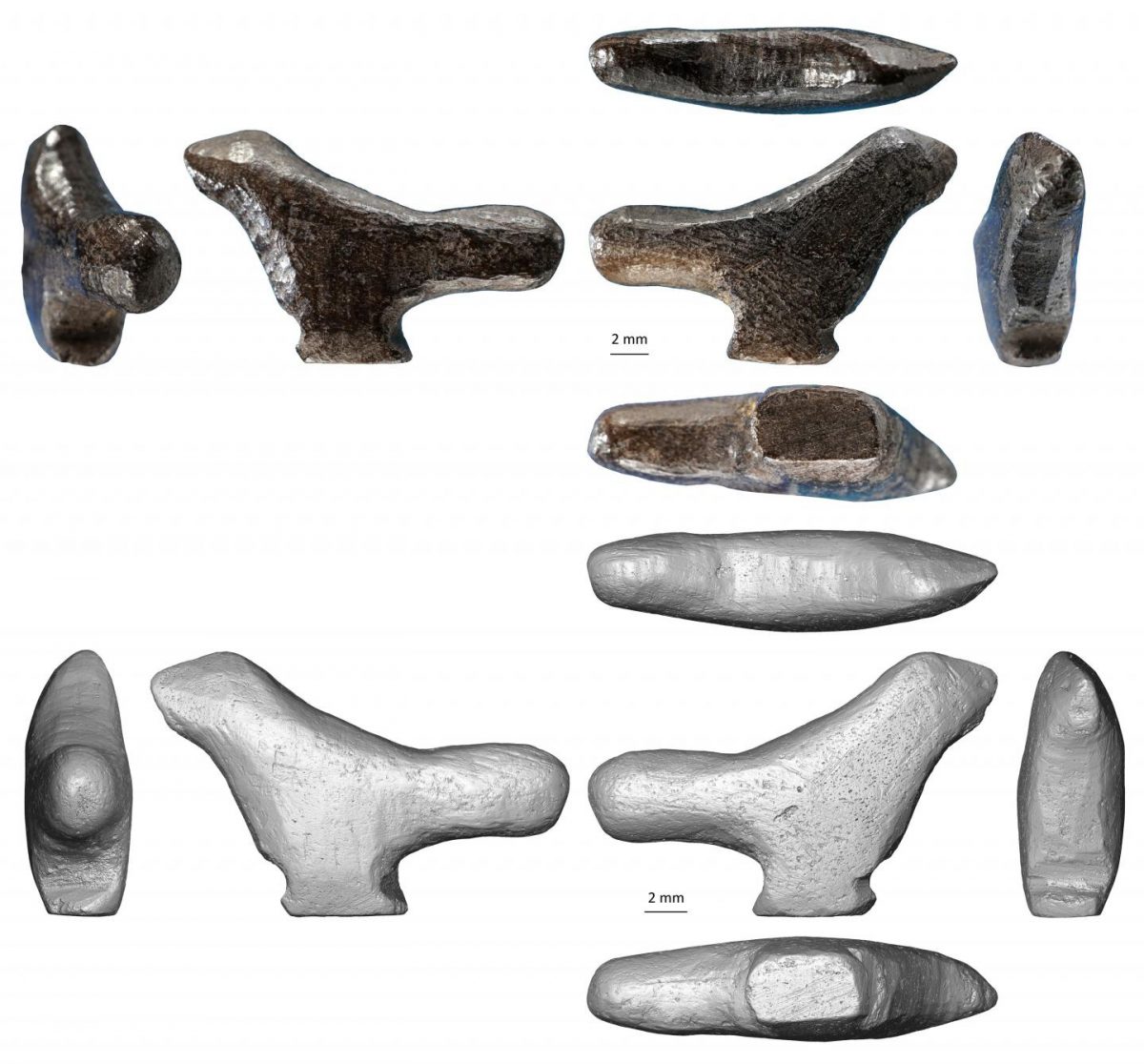 Discovery of the oldest Chinese work of art

Carved from burnt bone, this miniature bird statuette is the oldest known Chinese work of art, according to an international team involving the CNRS, the universities of Bordeaux (France), Shandong (China), Bergen (Norway), and the Weizmann Institute of Science (Israel).

It was unearthed at Lingjing, a site in Henan Province, in an archaeological context dated to between 13,800 and 13,000 years ago. This discovery pushes back the origins of animal sculpture and representations in East Asia by more than 8,500 years (1). The stylistic and technical particularities of the figurine – it is the only known Palaeolithic sculpture representing an animal standing on a pedestal – point to an original artistic tradition, different from those known in Western Europe and Siberia. The object’s exceptional state of preservation and the researchers’ use of state-of-the-art analytical techniques, such as confocal microscopy and microtomography, have enabled the team to meticulously reconstruct the Palaeolithic artist’s approach. This discovery is published on June 10th 2020 in the journal PLOS ONE.