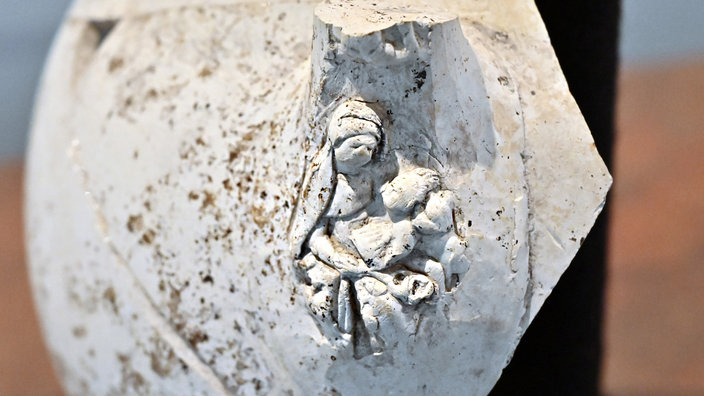 Archaeologists brought to light an unusual find in Krefeld: In the relics of a military camp they discovered an artifact with a female figure in raised relief. It is ca. 8 cm high and dates back to the Roman times. The female figure depicted is the Egyptian goddess Isis.

The depicted woman sits on a throne and has a child on her lap. “This depiction of the Egyptian goddess is the model for our Mary with infant Jesus,” archaeologist Hans-Peter Schletter said.

Isis on show in the Archaeological Museum of Krefeld

Along with other finds – among which there are coins, urns, weapons and a horse skeleton – Isis will go on show in the Archaeological Museum of Krefeld. Two years ago 90,000 finds came to light during excavations at the site. The camp served as a part of the protection of the Roman border on the Rhine against the Teutons.