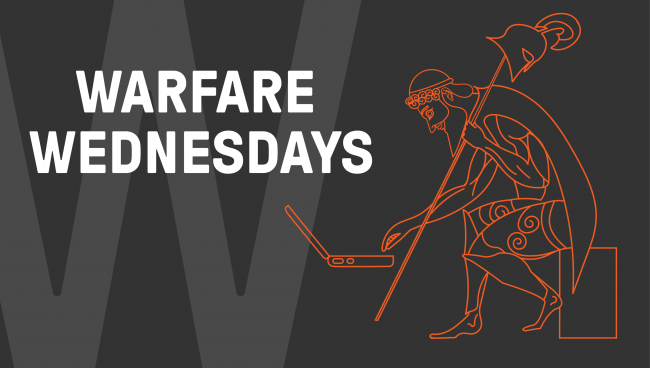 The talks will be recorded and available to watch later on the Wolfson College website. Due to high interest in the series, we are currently looking to add more webinars in July and August – more information to follow in the coming weeks.

Greek warfare continues to attract major interest among both academics and the general public. The last few years have witnessed a steady stream of scholarly monographs and handbooks, each offering new approaches, perspectives and directions. While many lively debates continue to challenge our understanding of how and why the Greeks fought their wars, the subject remains equally appealing to popular imagination, as indicated by graphic novels, films and computer games, such as Assassin’s Creed: Odyssey (2018) and A Total War Saga: Troy (2020).

This webinar series showcases the latest developments in the field of ancient Greek warfare, providing weekly talks by experts focusing on the major areas of interest in recent scholarship. In the first instance, the webinars will follow the main conceptual categories used to approach the practice, ideology and reception (both ancient and modern) of Greek warfare; these include economics, historiography, mythology, psychology and computer games. The webinars are intended to promote the study of ancient warfare among the Wolfson community and the wider public by providing a platform for discussion and learning. They are aimed at students, academics and anyone with an interest in history; each talk will be followed by a brief Q&A session with the speaker.