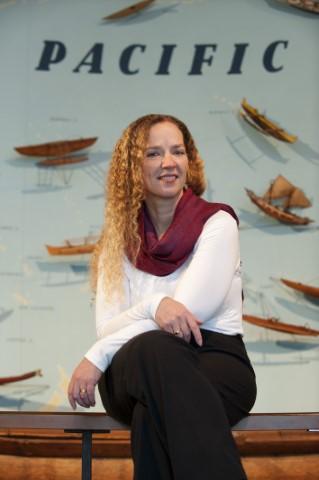 Otago researchers discover the origins of the beloved guinea pig

New University of Otago research sheds light on guinea pig domestication and how and why the small, furry animals became distributed around the world.

Just published in the international science journal, Scientific Reports, the researchers use ancient DNA from archaeological guinea pig remains which reveals the transition from the animals being used as a wild food source 10,000 years ago to their domestication and later role as beloved pets and medical animal models.

It builds on previous research over many years by Professor of Biological Anthropology, Lisa Matisoo-Smith, tracing the DNA from plants and animals that Pacific settlers carried in their canoes and using that as a proxy for identifying human population origins and tracking their movement around the Pacific.

As part of her Otago Master’s thesis research in Professor Matisoo-Smith’s lab, Edana Lord, now at Stockholm University, Sweden and Dr Catherine Collins from Otago’s Department of Anatomy and other international researchers, set about finding out where the guinea pigs that were introduced to the islands of the Caribbean came from.

Professor Matisoo-Smith explains it is generally accepted that modern guinea pigs were domesticated in the Andes region of what is now Peru. As an important food item that was also included in religious ceremonies, they were transported and traded around South America.

Sometime around AD500, guinea pigs were taken out to the islands of the Caribbean, through at least one of several established trade networks. The researchers expected that the guinea pigs found in the Caribbean would came from Colombia, one of the closer locations in South America to the Caribbean.

Using ancient DNA of guinea pigs remains excavated from several sites in the Caribbean, Peru, Colombia, Bolivia, Europe and North America, they found the guinea pigs on the islands did not originate in Colombia, but most likely originated in Peru.

What was a bigger surprise to the team was that the guinea pig remains found in the Colombian Highlands appeared to be from a totally different species. This suggests that guinea pig domestication likely took place independently in both Peru and Colombia.

The genetic information, along with archaeological contexts, also shows how the guinea pigs had different roles through time.

“They were and still are important food item in many parts of South America and cultures that derived from South America – people took them live to introduce to new islands where they were not native or they traded them for other goods,” Professor Matisoo-Smith explains.

“The guinea pig was brought to Europe in the late 1500s or early 1600s by the Spanish and to North America in the early 1800s as part of the exotic pet trade. In the 18th century guinea pigs began to be used by medical researchers as laboratory animals because they have many biological similarities to humans, thus the origin of the phrase ‘being a guinea pig’ in research.

“All guinea pigs today – pets, those that are sold for meat in South America and Puerto Rico, and those used in medical research – are derived from the Peruvian domesticated guinea pigs.”

Why the guinea pig was viewed as a pet in some cultures and a food source in others can likely be attributed to long-established cultural notions of what is acceptable as food.

Professor Matisoo-Smith says the research demonstrates that the history of guinea pigs is more complex than previously known and has implications for other studies regarding mammal domestication, translocation and distribution.

“Identifying the origins of the guinea pig remains from the Caribbean helps us to understand how the human trade networks in the region moved in the past 1000 years or so.

“Through this analysis of ancient guinea pig DNA, we better understand the history of human social interactions over thousands of years and across three continents. It also provides a critical historical perspective of the genetic diversity in guinea pigs and the relationship humans have had with this important domestic animals.”