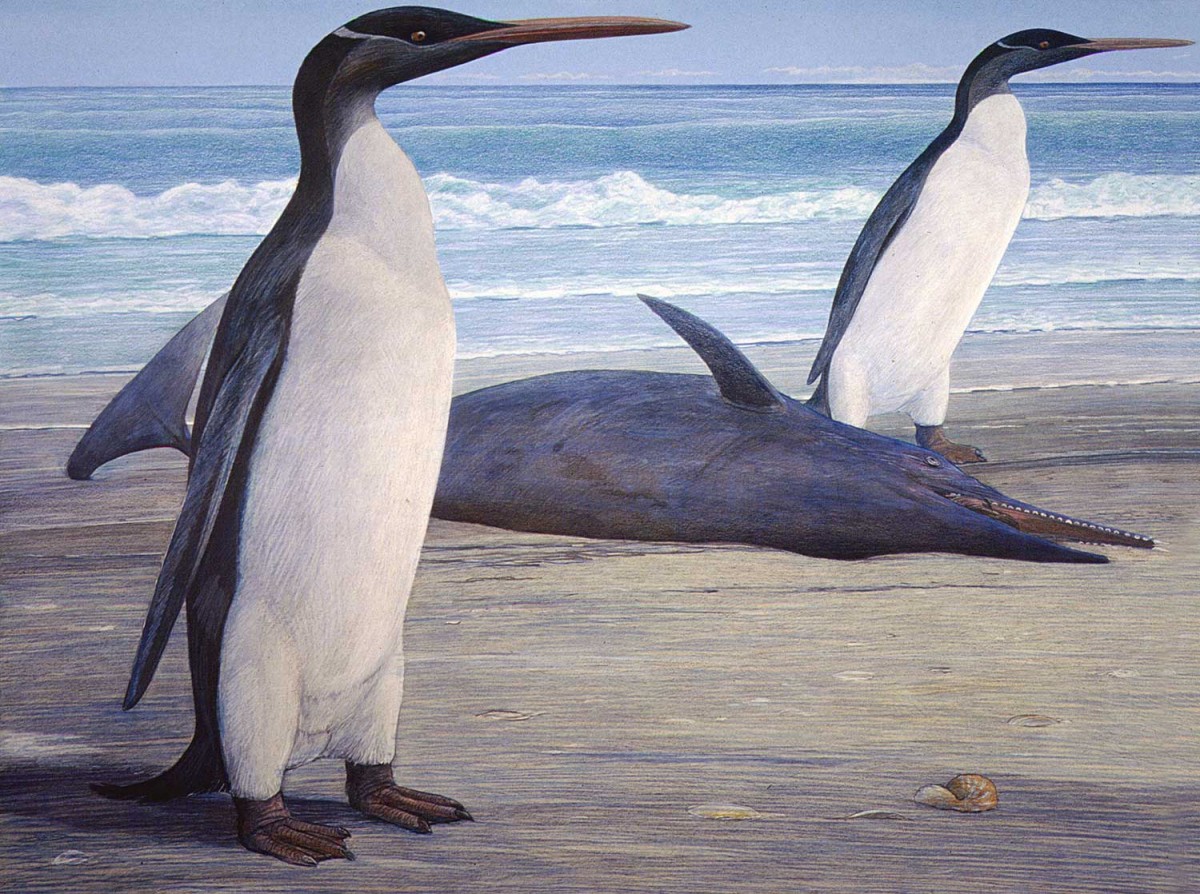 It has taken 26m years but scientists say getting the first glimpse at what a long-extinct giant penguin looked like was worth the wait.

Experts from New Zealand and the United States have reconstructed the fossil skeleton of one of the giant seabirds for the first time, revealing long wings, a slender build and a spear-like bill.

In research published this week in the Journal of Vertebrate Paleontology, the scientists say the bird they have dubbed Kairuku – Maori for “diver who returns with food” – stood about 1.3 metres tall or four feet and two inches, and had a body shape unique from any previously known penguin, living or extinct. Kairuku lived in the Oligocene period, about 26m years ago.

The first Kairuku bones were discovered 35 years ago in New Zealand by Ewan Fordyce, a professor of geology at New Zealand’s University of Otago. He recently teamed up with Dan Ksepka, a research assistant professor at North Carolina State University, to reconstruct a skeleton from multiple sets of fossils, using a king penguin as a model.

“It’s pretty exciting,” Fordyce said. “We’ve got enough from three key specimens to get a pretty reliable construction of its body size.”

Fordyce said the bird’s elongated bill may have been useful in catching swift prey and its large body size likely helped it swim longer distances and dive deeper than modern-day penguins.

The bird is about 30cm taller than the largest modern-day penguin, the emperor. It would have weighed about 60kg (132lb), 50% more than an emperor.

When Kairuku was alive most of modern-day New Zealand was submerged beneath the ocean. The scientists believe the remaining isolated, rocky land masses helped keep the penguins safe from potential predators and provided them with plentiful supplies of food.

Fordyce said there were several reasons why the giant penguins might have become extinct: it could have been from climate change, the arrival of new predators, or increased competition for food from seals and other creatures.