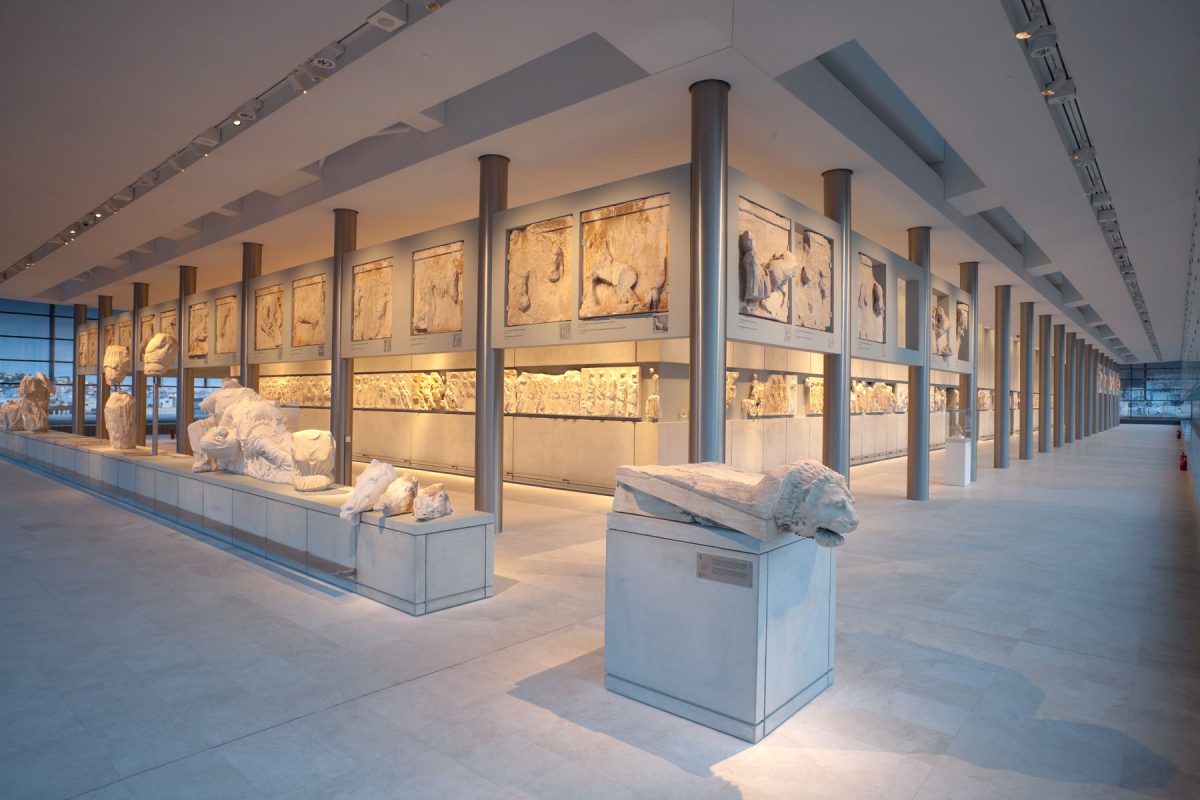 Part of North Frieze of Parthenon returns to Acropolis Museum

From the National Archaeological Museum

As a highly symbolic gesture, part of the head of a male statue attributed to the 29th stone of the Parthenon’s North Frieze from the National Archaeological Museum will be on long term loan at the Acropolis Museum. This was announced yesterday by Minister of Culture and Sports Lina Mendoni on the occasion of the 11th anniversary of the Acropolis Museum.

The sculpture is part of a 15 cm high young male head in relief made of Pentelic marble. Today it is included in the exhibition For these we fought at the National Archaeological Museum, in the section on the destruction of monuments shortly before the declaration of the revolution of 1821.

During a press conference at the Acropolis Museum, Minister of Culture and Sports Lina Mendoni said that “in agreement with the head of the National Archaeological Museum, this fragment which exactly fits the 29th stone of the northern frieze, will be offered on long-term loan to the Acropolis Museum. The gesture is symbolic. In this way we want to point out the great importance we attach to the return of the Parthenon Sculptures to their place of origin and their reunification with those on display at the Acropolis Museum. Today, on the occasion of the 11th anniversary of the Acropolis Museum, we are essentially launching a new, more meaningful relationship between the country’s public museums. This fragment is a very important exhibit of the National Archaeological Museum, but it acquires a completely different meaning when it is joined to the frieze and finds its original place there. There are however findings in other public museums, which in the National Archaeological Museum or in another such institution could work better in context to each other.

“With this move, we wish to show that we must adapt a new mentality, at least regarding state museums; A mentality of cooperation, one that is unacquisitive, without the sense of ownership of finds and objects that could in another museum, rather than where they are today, have greater value in terms of history, archaeology and art.”

As Ms. Mendoni pointed out, “today, with the support of expert scientific committees around the world, the struggle for the return of the Sculptures grows stronger. Now is the right time for the British Museum to prove that it does not represent a 19th-century colonial museum organization, but adapts to international requirements and to the codes of ethics now concerning the return of stolen or smuggled cultural goods”.

It should be noted that during the months that the Acropolis Museum remained closed, thorough systematic cleaning work was carried out, while modern LED lamps were installed which are close to natural day light.