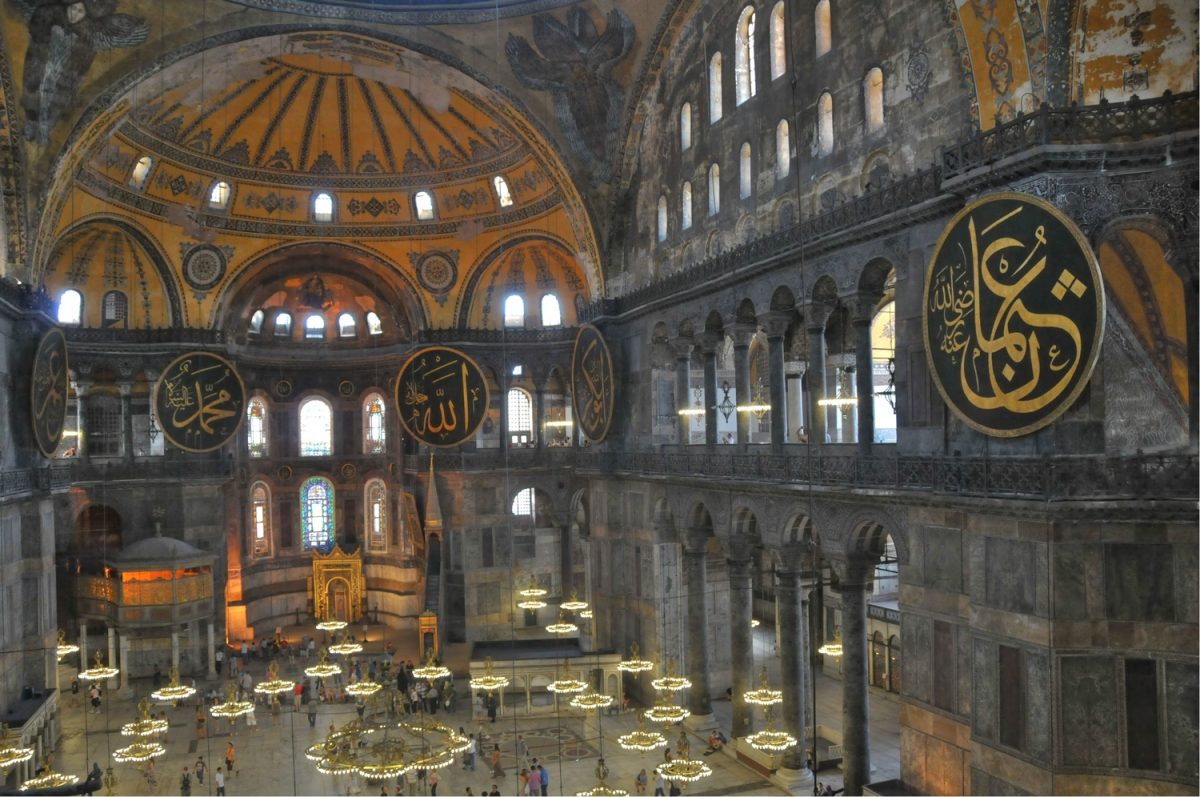 Informing the member-states of UNESCO for Hagia Sophia

Greek Culture and Sports Minister Lina Mendoni sent a letter to the representatives of all the member-states of the United Nations Educational, Scientific and Cultural Organization (UNESCO) informing them over Turkish government plans to reconvert Hagia Sophia into a mosque.

“Hagia Sofia must not be allowed to be divested of its ecumenical character and converted into a Muslim place of worship,” Highlighted the Greek Minister of Culture Lina Mendoni.

The statement of the Minister of Culture and Sports Dr Lina Mendoni is the following: “In 1934 the founder of modern Turkey, Kemal Ataturk, passed a decree converting Hagia Sophia into a museum. The 6th century monument was then bequeathed to humanity. In 1985, Hagia Sophia — along with other monuments in Istanbul — was inscribed on the UNESCO World Heritage List. Changing the status of such a monument has to be approved with a decision of the UNESCO Intergovernmental Committee. This has not happened. Turkey has signed the UNESCO Convention in 1972, so it is obliged to abide by it. What the Turkish government and President Recep Tayyip Erdogan are attempting to do today revives and reignites fanatical nationalist and religious sentiment. It is an attempt to reduce the monument’s value and its international radiance. A monument of universal value, such as Hagia Sophia, is being instrumentalized for political expediency. Attempts are being made to restore 15th century conditions into the 21st.

“As the UNESCO Intergovernmental Meeting has been postponed due to the Covid-19 pandemic, without a new date set yet, we are obliged to inform the delegations of the UNESCO Member States so that it is understood that in no case should the Hagia Sophia monument lose its ecumenical character and turn into a Muslim mosque. That’s what we’re doing starting today.”