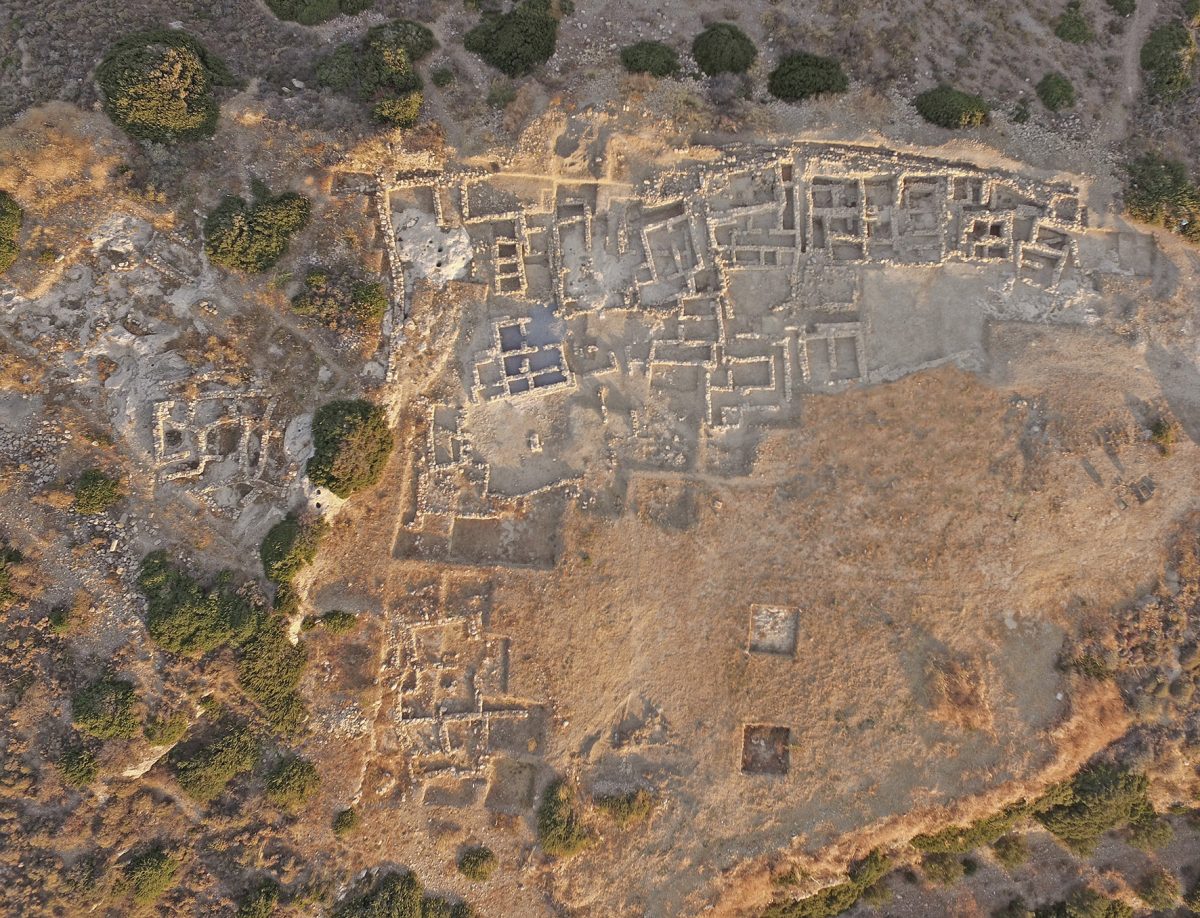 Campaign for the cemetery of the Minoan palace at Petras

Petras, the elite cemetery of house tombs (c. 2900-1800 BC), is part of a very rare monumental topography consisting of a Minoan palace and several settlements (3400-1100 BC), at the east end of Sitia.

The palace and part of the main settlement have been open to the public since 2006. The Petras excavations are among the largest research projects to have been conducted by members of the Greek Archaeological Service. Significant findings have contributed to a better understanding of Minoan society and its contacts at home and abroad especially in the Pre- and Proto-palatial periods.

The ongoing study of the excavation results, such as the excavation itself, is carried out by an interdisciplinary team of experts. There are now 100 publications including articles, monographs and the proceedings of two conferences. In addition, guided tours are organized annually during excavations for the people of Sitia and its visitors, educational programmes for children and students, as well as photographic exhibitions. It should be noted that all funding for the excavation, conservation of the material, stabilizing work and research come from an Institution abroad and that the excavation conducted by approximately 40 people for six weeks a year, is, from an economic point of view, a development project for the town of Sitia.

The excavation of the cemetery is nearing completion, based on the second five-year programme 2017-2021), approved by Ministerial Decree and renewed annually. This year the license was not renewed and no explanation was given by the Ministry’s Central Services of the Ministry for this (silent) cessation of the project.

The cemetery site is threatened by winter weather and unlawful human activity. Excavating the funerary buildings and stabilizing the walls must be completed in the next two excavation periods, according to the detailed schedule submitted to the Ministry for the annual renewal of the permit.

To persuade Minister of Culture and Sports, Dr. Lina Mendoni to reconsider the decision (silent ,not written) to stop the excavation, for the planned six week field work to go ahead in the autumn, a gathering of signatures has begun online. (press here).