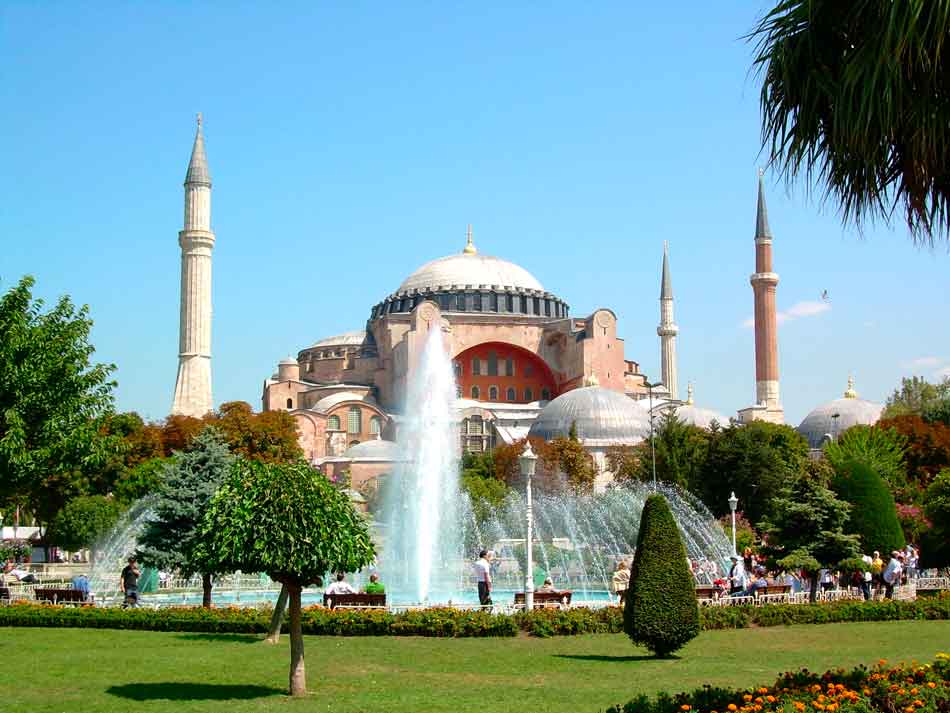 UNESCO to reexamine the status of Hagia Sophia

After its conversion into a mosque

UNESCO has announced that the World Heritage Committee will re-evaluate the status of Hagia Sophia after Turkish President Recep Tayyip Erdogan declared it a mosque.

“It is unfortunate that Turkey’s decision was not the subject of dialogue, nor was there any earlier notification,” said the United Nations Educational, Scientific and Cultural Organization in a statement.

“UNESCO calls on the Turkish authorities to enter into a dialogue without delay to prevent a reversal in the global value of this rare heritage, the preservation of which will be reviewed by the World Heritage Committee at its next meeting,” added the UNESCO’s director general Audrey Azoulay.

Hagia Sophia is included in the list of World Heritage Sites as a museum.

Following President Erdogan’s announcement, hundreds of people gathered near Hagia Sophia to celebrate the decision. “Those who built it did so to worship God as well,” said teacher Osman Sarihan. “Thank God that today she has returned to her original purpose. Today we will worship God in this mosque,” he added.

In parliament in Ankara,members of the ruling Justice and Development Party (AKP) gave a standing applause as the decree signed by President Erdogan was read out loud.