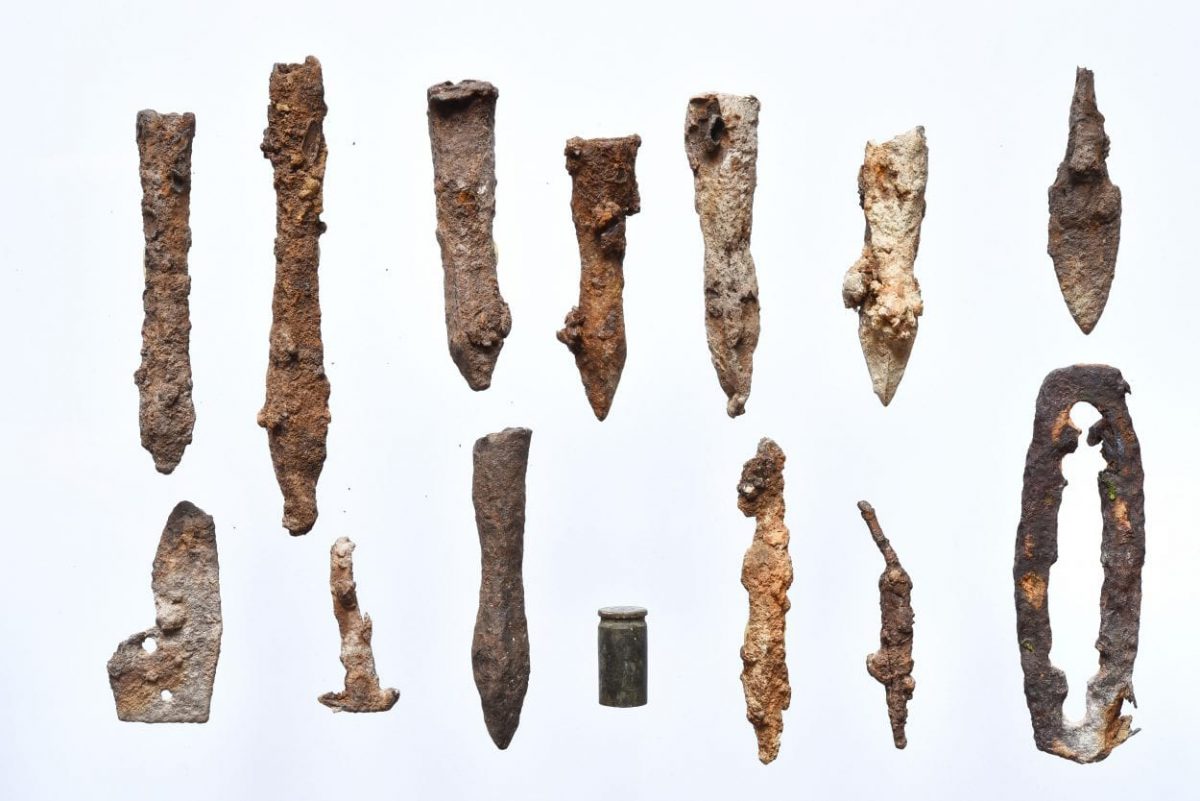 Archaeologists excavating the fortified settlement of Biala Góra, in northern Poland have discovered several hundred arrowheads and crossbow bolts dating from around the invasion of Casimir the Great in 1340.

The settlement, known locally as the “Castle”, is located on the forested peaks of the Słonne Mountains in the Sanok district of Wójtostwo. The site was first studied almost have a century ago, but recent illegal metal detecting by treasure hunters had prompted a further ongoing study before the underlying archaeology was further destroyed.

Based on a spatial analysis of the arrows and bolts, archaeologists have been trying to reconstruct the fighting and have determined that the main epicenter was on the south of the settlement. Limited excavations have also found that the embankment that protected the defenders was heavily burned in places suggesting that the stronghold was badly damaged when under siege.

Dr Piotr Kotowicz from the Historical Museum in Sanok said: “The results of the research exceeded our wildest expectations. During several seasons in and around the settlement, we found over 200 arrowheads and bolts.

Dr Kotowicz added: “The analysis of the spread of the arrowheads shows that the defenders were dominated by the invaders and their response to the attack was small”.