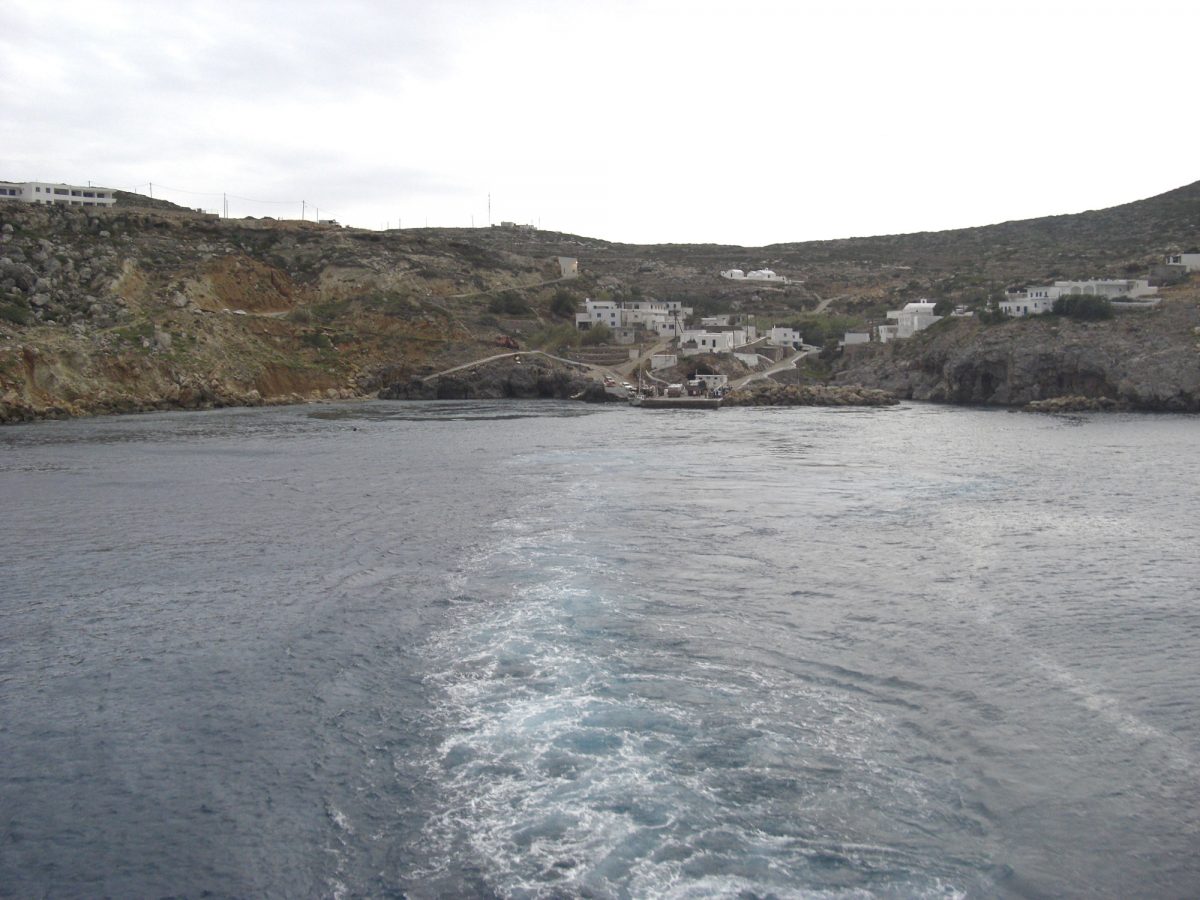 Greek Archaeologists on the ‘salvaging’ of antique artefacts off Antikythera

“It constitutes an illegal act”, says the Association

As stated in the Association’s announcement : “The lifting of two objects of archaeological interest (an ancient stone anchor and an iron cannon of historical times) from the Antikythera seabed on 12.8.2020 by a Greek shipowner’s craft and their transfer to a private warehouse, without permission from the Ephorate of Underwater Antiquities, is an illegal act. It is worrying when representatives of Local Government bodies or sponsors of underwater archaeological research of the Ministry of Culture and Sports consider that they can take over the management of antiquities, beyond and outside any legal procedure, substituting the Archaeological Service, the only competent state service for the protection and tmanagement of antiquities in accordance with the laws and the Constitution. . Such arbitrary actions further violate the principles of archaeological science and international conventions for the protection of marine cultural heritage (UNESCO Convention for the Protection of the Marine Cultural Heritage – 2001), which treat marine antiquities as material evidence of history and makes their protection, conservation , research and promotion a moral scientific imperative. It should be noted that the specific objects, like many others in the Greek seas, were known to the Ephorate of Underwater Antiquities and had been presented at a recent scientific conference. . Such arbitrary actions further violate the principles of archaeological science.

“It is even more worrying, however, that when asked why legal procedures were not followed (“Efimerida Syndakton” 25.8.2020 and Press Release by the Ministry of Culture 25.8.2020) Minister of Culture and Sports Ms. L. Mendoni replied that “according to Article 24 of the Constitution, the protection of the natural and cultural environment is an obligation of the state and everyone’s right”.The Minister made an unprecedented move by invoking the Constitution without reference to the provisions of Law 3028/2002 adopted precisely for the implementation of article 24! The dictates of Article 24 of the Constitution are served through the existence of a strong public Archaeological Service, responsible for the protection and promotion of antiquities, with its scientific personnel, sufficient means and resources to exercise its role in the interest of society as a whole. By analogy, the fact that justice is exercised in the name of the Greek people does not mean that it is permitted to take the law into one’s own hands! Otherwise, the floodgates are opened for anyone who wants to appropriate or damage antiquities,subsequently citing their salvaging as an excuse. We therefore call on the Minister to refrain from any action or statement involving any ambiguity or suspicion of concealing actions that harm antiquities. In the case of Antikythera, the constitutional dictates of article 24 was served by  Italian nationals who reported the illegal lifting of antiquities to the authorities and by our retired colleague who submitted the complaint to the Ministry of Culture.

It is an equally unprecedented fact, as it appears from the same Press Release, that the Minister had been informed since 17.8.2020 about the illegal lifting, and did not take any action.

Additional issues are raised by the fact that this whole case was started by an executive of a private institution which until recently sponsored the Ephorate of Underwater Antiquities (excavation of the Antikythera shipwreck, etc.). This urgently raises the issue of the collaborations of Services of the Ministry of Culture and Sports with private bodies. Any financial weaknesses in these services for cultural heritage protection and management when carrying out their scientific obligations such as conducting costly research, do not justify their substitution in the performance of their official duties by bodies outside the Archaeological Service.

Through its Services, the Ministry of Culture must observe strict frameworks of cooperation, which do not allow for the development of personal ambitions. Any wish of individuals and legal persons to assist the Services of the Ministry of Culture can only be of a helpful nature.The Minister’s conclusion to her statement was based on the constitutional provision “for the preservation of the natural and cultural environment the State has an obligation to take special preventive or repressive measures…”.

“We should point out that during the course of this case, there have been unacceptable threatening and slanderous reports against the Archaeological Service and its employees. Once again we state that we are not intimidated by such behaviour. Equality before the law is the foundation of democracy. In the case of the illegal lifting of antiquities by the shipowner, the Association of Greek Archaeologists demands that all legal procedures be followed, as would be followed for all citizens.”