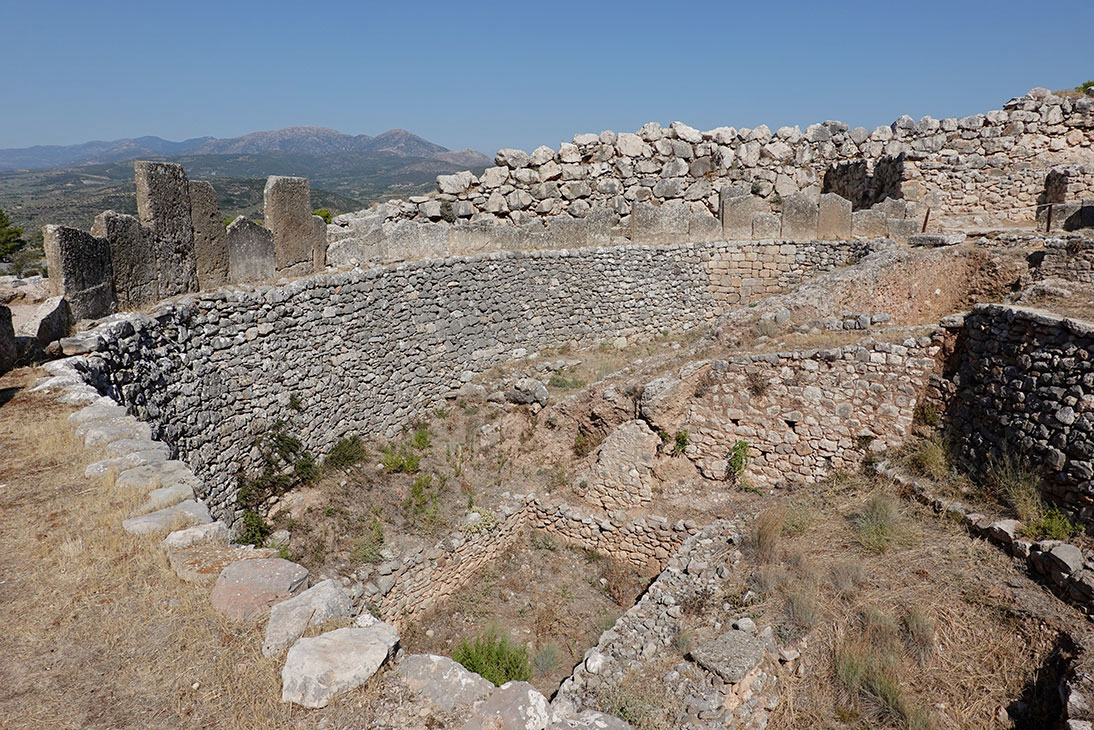 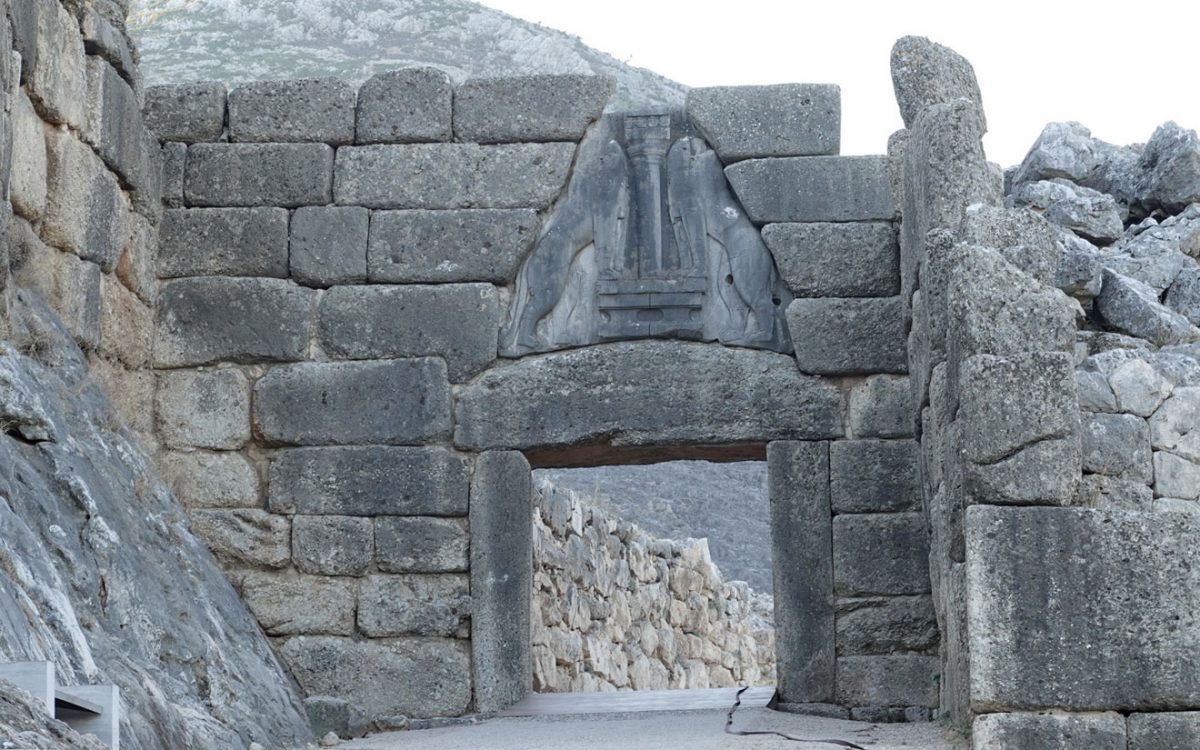 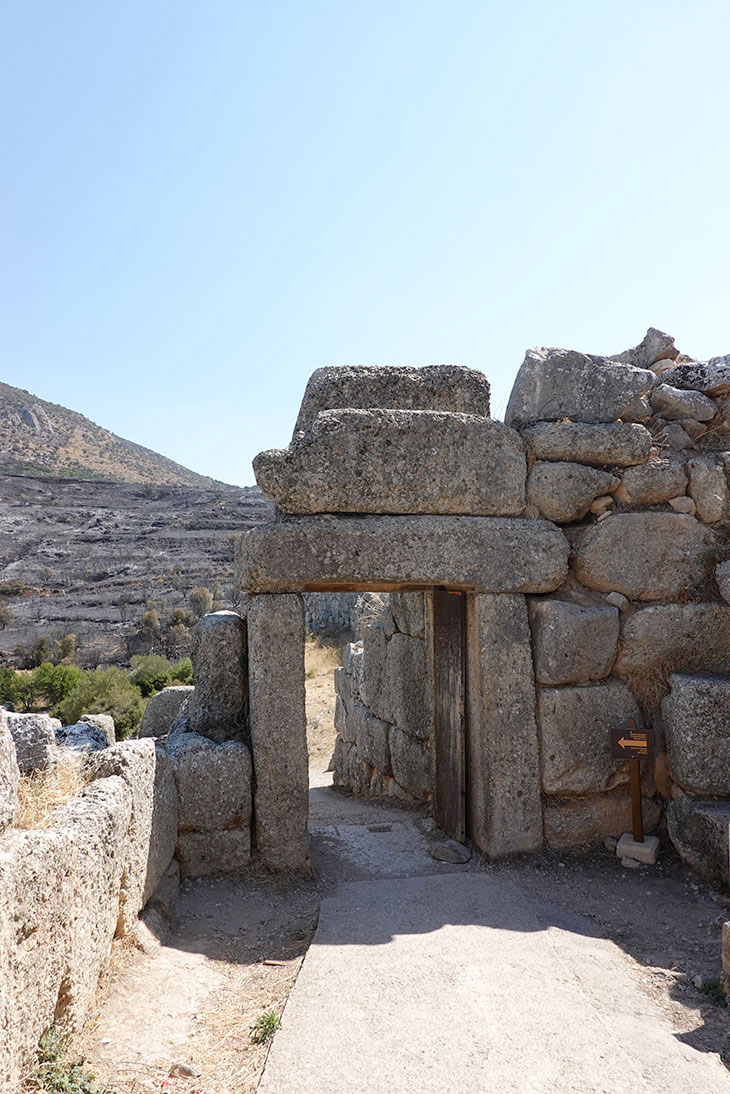 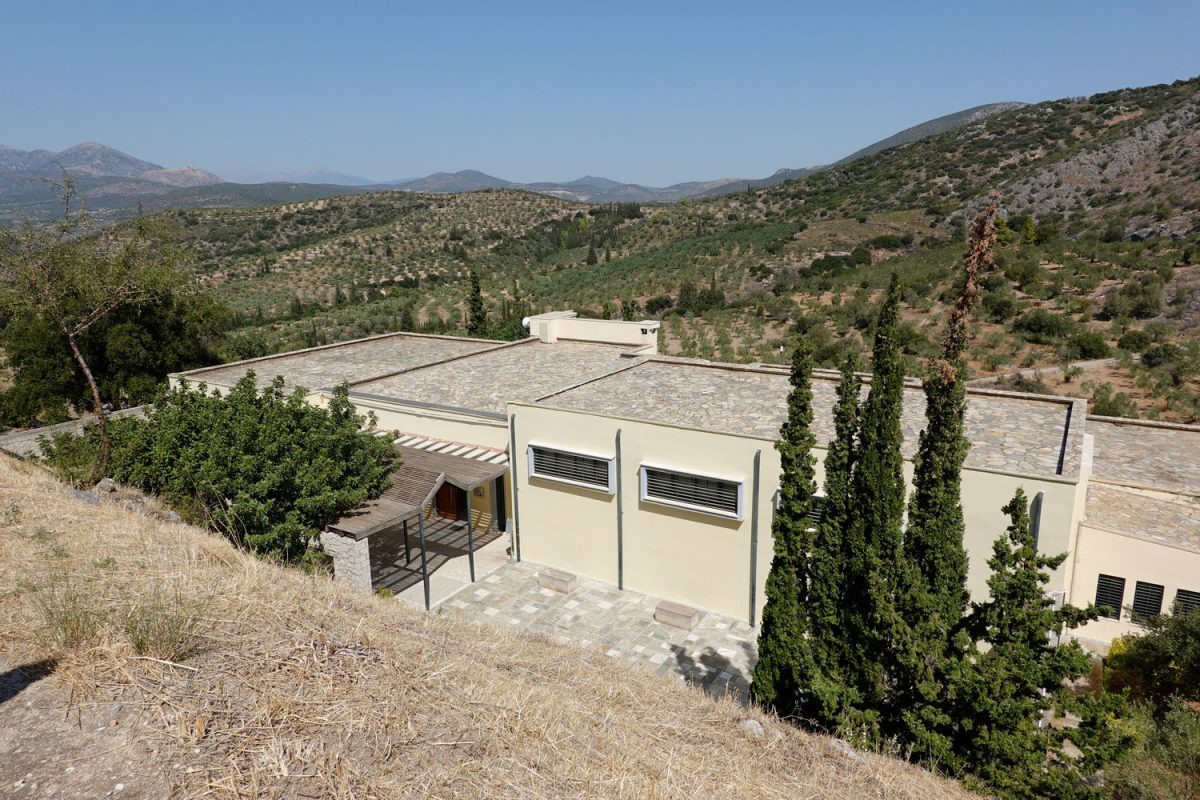 Mycenae after the fire

Inspection by the Minister of Culture and Sports

“The antiquities in Mycenae were not damaged by the fire that occurred yesterday in the area. The Museum and archaeological site, all the parts of Mycenae that can be visited, are already accessible to visitors,” announced last week’s press release by the Ministry of Culture and Sports.

As mentioned in the announcement, Minister of Culture and Sports Lina Mendoni inspected the site. She then held an inclusive meeting with the participation of all service employees involved.

Ms. Mendoni stated that: “The museum was not exposed to any danger. The fire did not touch the Lions’ Gate, the monuments of Grave Circle A, the northern slope of the Acropolis and the cyclopean walls. The fire started from a nearby pasture area and as there was a strong wind, it spread to the archaeological site. Because the Argolis Ephorate of Antiquities had carried out an extremely systematic clearance of the grass, both inside and around the archaeological site, the fire did not find fuel to develop thermal loads that would create a problem for the monuments’ structural materials. Rumours that “Mycenae was in danger of being calcified”, that “Mycenae was completely destroyed” are entirely false. What happened was that islands of burnt grass were created – millimeters above the ground – and the smoke blackened some walls. The problem is aesthetic, not substantial. The Argolis Ephorate of Antiquities has already undertaken its restoration. Proof that the archaeological site has not been damaged is that those who visited today found it open. In any case, both the archaeological site and the museum are operating normally as of tomorrow morning”.

In her statement Ms. Mendoni stressed that: “There were no losses of monuments. The passage of fire only damaged part of an ancient wall, not the cyclopean wall, in an area of 4 square metres. In restoration work done at this spot in previous decades, inflammable materials such as styrofoam had been used, which have since evaporated. It is the only damage to the restored section. It is obvious that in the coming days this will be completely repaired “. According to the Ephor of Argolis Antiquities, Alkistis Papadimitriou, “the spot in question is located on the northeastern slope, in building D, above the palace complex. We have cordoned off the area and we are stepping in immediately so that it is restored and there is nothing to damage the archaeological site,” she said.

The Minister of Culture and Sports clarified the issue of Mycenae’s fire protection: “In the case of Mycenae, preventative measures have worked perfectly, with the extremely systematic and meticulous clearing of the archaeological site by the Ephorate of Antiquities which did not allow the fire to spread. Sites must be cleaned in time. It is a process that starts in March and is repeated until at least July. Especially in the case of Mycenae, the permanent staff at the archaeological site deals systematically with its clearing.

The last time clearing took place was two days ago. In the fire safety system there are large tanks, in selected places, with tens of tons of water and their interconnecting system.It was not needed however, because the Fire Brigade was there on the spot. In a very short time, it was joined by two planes and a helicopter so there was no reason to activate the archaeological site’s  tank system. The fire burned some sections of the plastic pipes connecting the tanks. It was the first issue discussed in the inclusive meeting and within two days they will be replaced. We decided to strengthen the firefighting system with high pressure hydrants. This requires constructing a water distribution network connecting the archaeological site with the last tap in the district and this is the Municipality’s responsibility. The Ministry of Culture and Sports has undertaken the project’s financing as additional support. The Deputy Regional Governor of Argolis has undertaken the clearing of the creeks on either side of the archaeological site. According to the commander of the Fire Brigade and the Deputy Regional Governor, many forest fire protection roads have also been systematically opened”.

The Ephor of Argolis Alkistis Papadimitriou, stated that “the Argolis Ephorate of Antiquities is very proud today because it did its job so well. Thanks to the intensive and thorough cleaning, the fire found nothing to burn. The Service saved the archeological site of Mycenae and we are proud of that. Whoever wishes can come to the archaeological site of Mycenae to see for themselves what has really happened”.