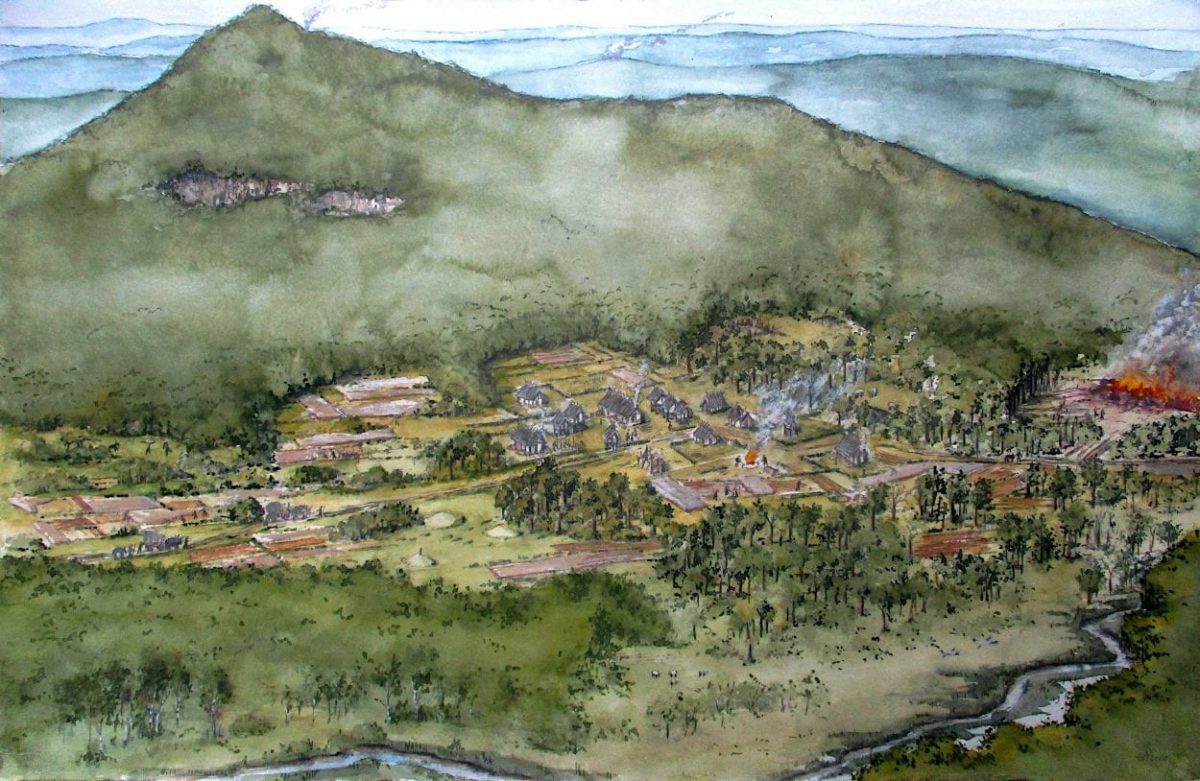 The European economic area dates back to the Bronze Age

Recent work by archaeologists in Leutkirch

Today, Leutkirch is a small town in the Western Allgäu region of Germany, far from big population centers.

Yet recent work by archaeologists and geographers from the ResourceCultures collaborative research center at the University of Tübingen shows that more than three thousand years ago, the Western Allgäu was home to a relatively large population.

The region has a damp climate, long hard winters, and gravelly soil left by retreating glaciers in the last Ice Age. It is higher up than neighboring areas to the north and west, which are warmer and have better soils. To its prehistoric inhabitants however, its location on major trade routes seems to have outweighed the disadvantages. The results of the ResourceCultures excavations have been published in the latest edition of Archäologische Ausgrabungen in Baden-Württemberg, the state heritage authority’s yearbook.

The researchers have been carrying out excavations near Leutkirch since 2017. They revealed a hilltop fortified in the Bronze Age; burial mounds mark a corresponding cemetery, and further Bronze Age settlements were located in the valley below. Soil analyses show high levels of charcoal and widespread erosion in this period, indicating that forests were cut down to grow food for a substantial population around 3,500 BCE.

“A settlement like this did not exist in a vacuum,” says Benjamin Höpfer, a doctoral candidate in the subproject ‘Favor – Disfavor? Development of Resources in Marginal Areas.’ “This indicates a pattern of settlements, and it changes our whole picture of the region at that time. Far from being empty, the prehistoric Allgäu region may have had a village or a farm every five kilometers or so.”

The growing value of long-distance trade

Why did Bronze Age people opt to live in a cold, wet place on stony ground? The advantage lay in the region’s location between the Alps and Lake Constance and the Danube, Iller and Rhine Rivers – all of which were important trade routes. Benjamin Höpfer says the Western Allgäu was a bridge between regions in a wider, pan-European prehistoric economy. “The Alps were not just an obstacle to be overcome – they were a trade hub in themselves,” Höpfer explains.

“Long-distance trade became more and more important; the paths ran along river valleys, and hills were used for orientation,” Höpfer explains. On the rivers and lakes of the regions surrounding the Alps, there are many archaeological sites at which imported wares show that goods such as copper from the eastern Alps and tin from Cornwall were brought here to make bronze alloys. “Copper, tin, amber – these and many other things were traded along routes that pass through here,” Höpfer says. Now it appears that the trade helped attract a permanent population of farmers.

At the same time, the Bronze Age was “an age of huge technical innovation,” Höpfer points out. Metalwork provided new tools. The bronze sickle enabled farmers to harvest not just grain, but also straw and hay. These were fed to animals, which provided milk, meat, hides and wool. Crossbreeding led to new, tougher crop strains, and animals which could adapt to harsher conditions. All this made living in the Western Allgäu more attractive. To be on a major trade route was worth the hard work they invested to make the landscape more livable. “This changes our image of prehistoric people as not just passively accepting what nature provided,” Höpfer says.

Until now, the Western Allgäu has mostly been a blank space on the archaeological map. This was largely because of its remoteness from Universities and Cultural Heritage authorities. This has meant less prospecting, and that building sites – which often reveal archaeological remains – have been subject to less supervision. Especially with the booming construction and development sectors, there is probably a lot still to discover in the region. “We have only scratched the surface,” says Benjamin Höpfer.