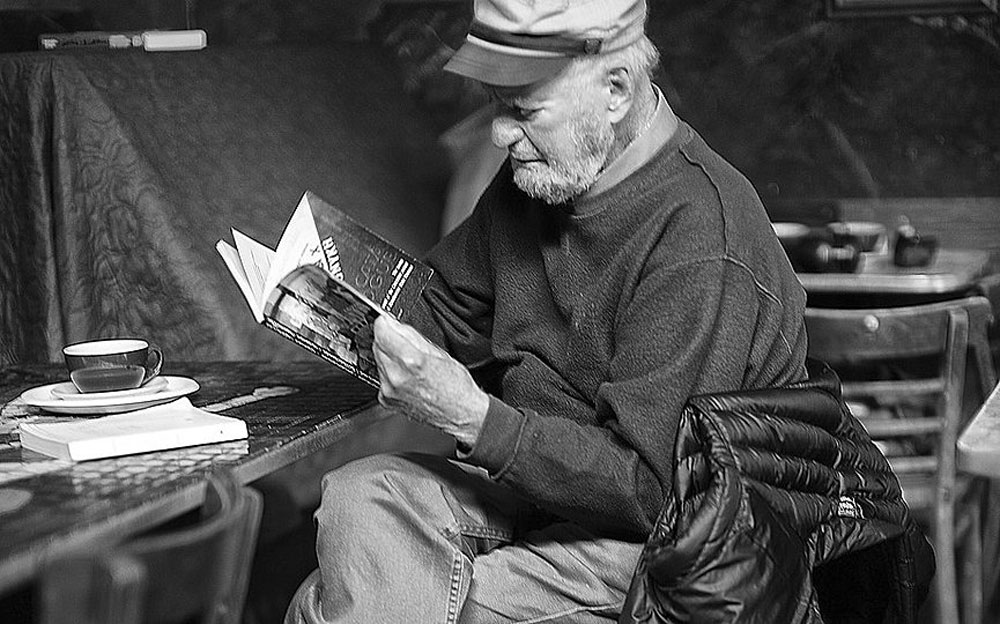 The iconic figure of the Beat Generation focuses on painting

Lawrence Ferlinghetti has been with us for more than a century: he was born on March 24, 1919 in New York, during the Spanish flu pandemic and celebrated his 101st birthday a few months ago this year in the middle of the Covid-19 pandemic. An iconic figure of the Beat Generation, Ferlinghetti has not received enough attention for his work as a painter. Things have been put right however by a first one man exhibition of his paintings in his hometown.

We know him as  poet, publisher, bookstore owner and political activist. In 1955 he became the owner of the legendary bookstore “City Lights” in San Francisco. In that same year he began the editions by that name publishing Allen Ginsberg’s “Howl and Other Poems” in 1956, Frank O’Hara’s “Lunch Poems” in 1964, and  a year later Antonin Artaud’s “Artaud Anthology” edited by Jack Hirshman. These were followed by other landmark books in the American literary scene. Two years ago, Dinos Siotis did a Greek translation of the poem “Trump’s Trojan Horse” by the indomitable and tireless Lawrence Ferlinghetti: “Homer didn’t live long enough/To tell of Trump’s White House/Which is his Trojan horse/From which all the president’s men/Burst out to destroy democracy/And install predatory capitalism/As absolute ruler of the world/Ever more powerful than nations/And it’s happening as we sleep/Bow down, oh Common Man/ Bow down!”

Just as Lawrence Ferlinghetti’s San Francisco bookstore is in the bohemian neighborhood of North Beach, near Chinatown, so is his first exhibition as a painter housed in a new gallery called New Release in Chinatown, New York, just opposite Columbus Park,.

The opening of “Lawrence Ferlinghetti: Études” was scheduled for March, to coincide with Lawrence’s 101st birthday. But it was postponed because of the lockdown due to the pandemic and the exhibition finally opened at the end of last month. On show are 14 of his works – two paintings, nine works on paper and three engravings – in which the artist depicts figures from Greek mythology (Icarus, Leda, Orestes and Clytemnestra), characters from literature (William Butler Yeats) and nudes of young boys and girls.

The exhibition ends on October 2.