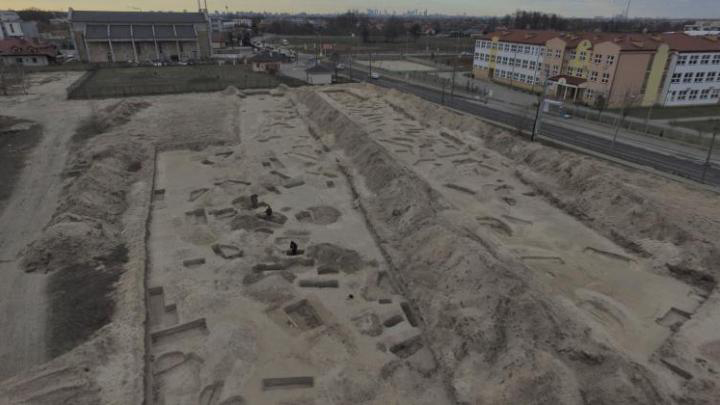 It belongs to the Lusatian culture

The remains of a 3,000-year-old settlement have been discovered by archaeologists in Warsaw’s Białołęka district of Poland.

A spokesman for the Ab Terra Foundation which is carrying out the research said: “We expected to discover traces of a small seasonal camp, but it turned out that we found the  remains of a large 3,000-year-old settlement of the Lusatian culture (from the late Bronze Age).”

Archaeologists have excavated around 1500 artefacts consisting of ceramic tiles, decayed wood and leather, with one of the most notable discoveries being an ancient strainer vessel.

The Ab Terra Foundation said: “It is similar to a modern colander, only it was probably used to make curd and cheese thousands of years ago.” The method of producing curd from milk has not changed to this day.

“Since the hearths in the southern part of the settlement seem to be temporary, it should be assumed that current research area was not used for consumption, but rather for the production of products for the population of the nearby residential part.” added the Foundation.

Researchers are now processing the excavated finds which will shed light on the prehistory of this part of Mazovia.