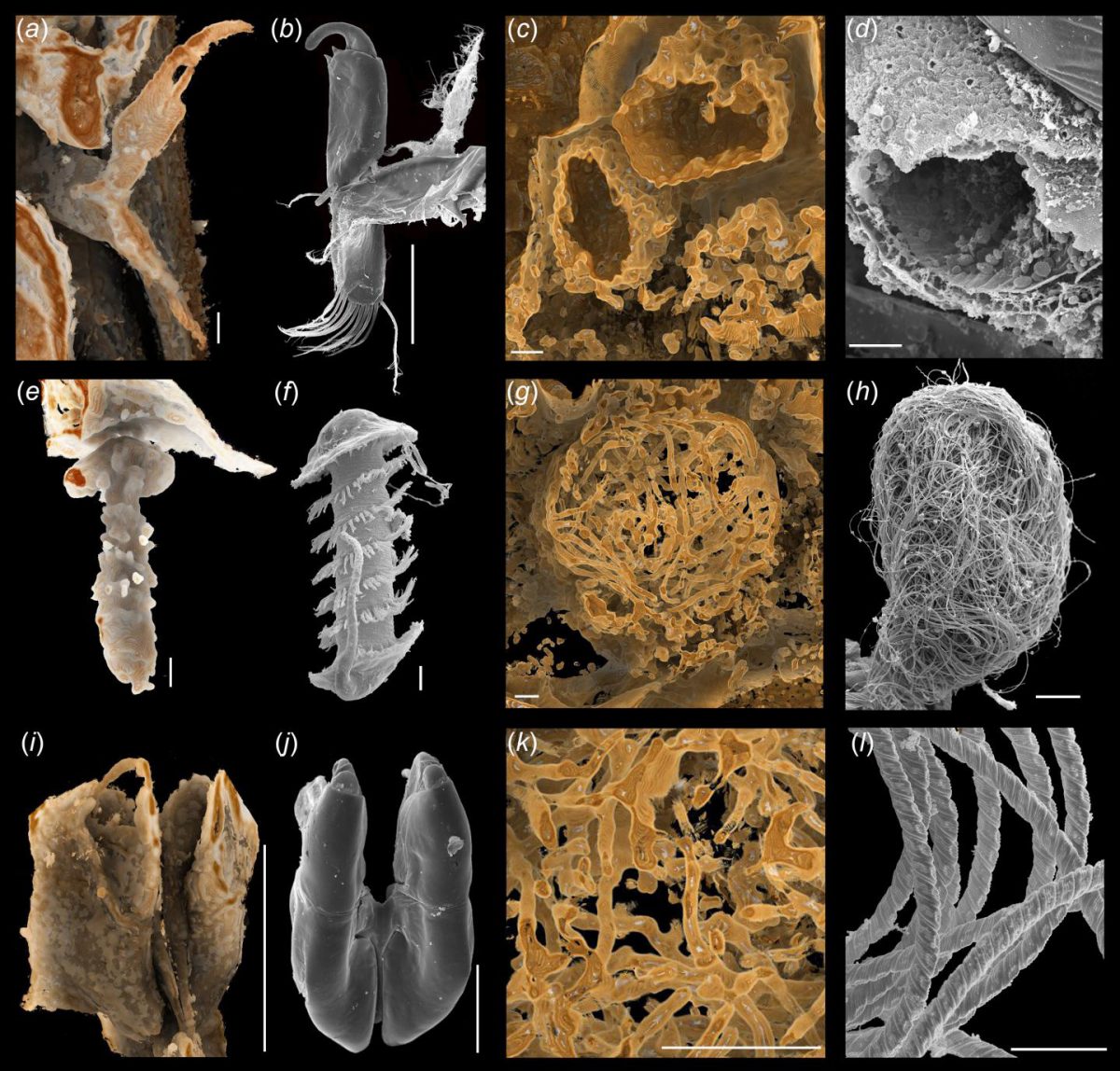 Small bivalved crustacean ostracods are the most abundant fossil arthropods since the Ordovician and play an important role in paleoenvironmental reconstruction and evolutionary biology.

The vast majority of fossil ostracods are represented by calcified shells, and their soft parts, which can provide invaluable information about ancient ostracod autoecology, are extremely rare.

Recently, Dr. WANG He and Prof. WANG Bo, from the Nanjing Institute of Geology and Palaeontology of the Chinese Academy of Sciences (NIGPAS), and their collaborators presented exceptionally well-preserved ostracods with soft parts (appendages and reproductive organs) from mid-Cretaceous Myanmar amber (~100 million years old), which revealed sexual intercourse of ostracods.

The study was published in Proceedings of the Royal Society B on Sept. 15.

The ostracod assemblage in the amber is composed of 39 individuals in one amber piece and includes males, females and juveniles.

This is the first time that giant ostracod sperm was found in Cretaceous ostracod fossils; its length was at least one-third of the body length of the ostracod. This discovery is also the earliest known animal sperm record, and approximately 50-million years older than the previous oldest fossil records of animal sperm.

Analyses of the fossil and extant ostracods show that during sexual reproduction, the male used its sexually dimorphic fifth limb, which has hook-like endopods, to grasp a female while introducing its hemipenes into the female’s paired vaginas. The male’s pair of Zenker organs then transferred the exceptionally long but immotile sperm via the male hemipenes into the female.

The Zenker organ is readily identified in extant cypridoidean ostracods as a large, spiny, sclerotized part of the deferent sperm duct. Muscle fibers alongside the organ connect the numerous spines, which are often arranged in a number of whorls that are taxonomically characteristic at the family level.

Once in the female, the sperm are pushed up the two long sperm canals, each ending in a sac-like seminal receptacle for sperm storage; there, they finally become motile, arrange themselves into a more organized assemblage and fertilize eggs during the process of oviposition.

Research reveals that the repertoire of reproduction behavior in ostracods, which is associated with considerable morphological adaptations, has remained unchanged over at least 100 million years – a paramount example of evolutionary stasis.

The appearance of a complex reproductive mechanism involving giant sperm improved mating success and may have been an important contributor to the late Mesozoic explosive radiation of the superfamily Cypridoidea, which today includes the vast majority of nonmarine ostracod species.