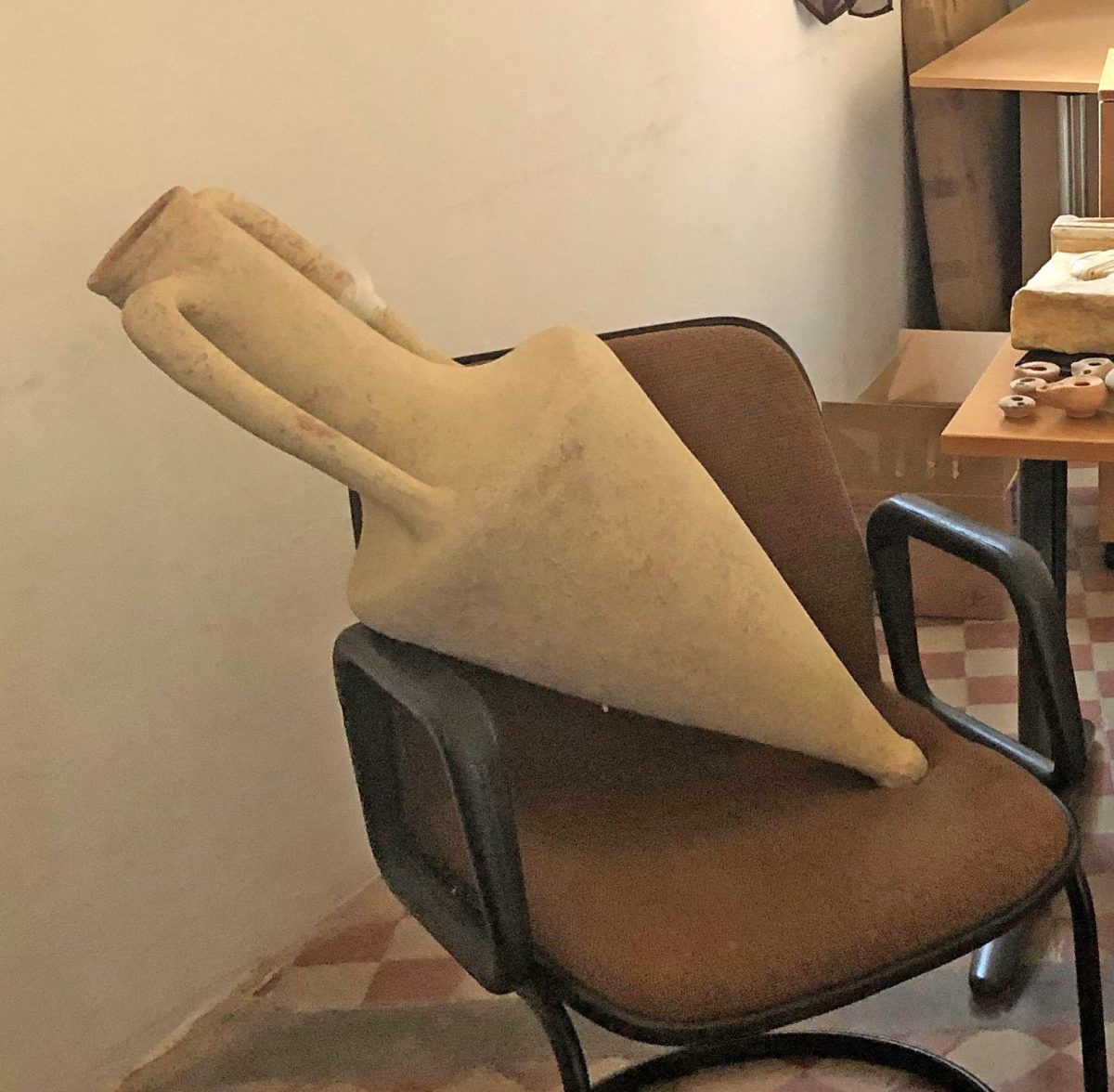 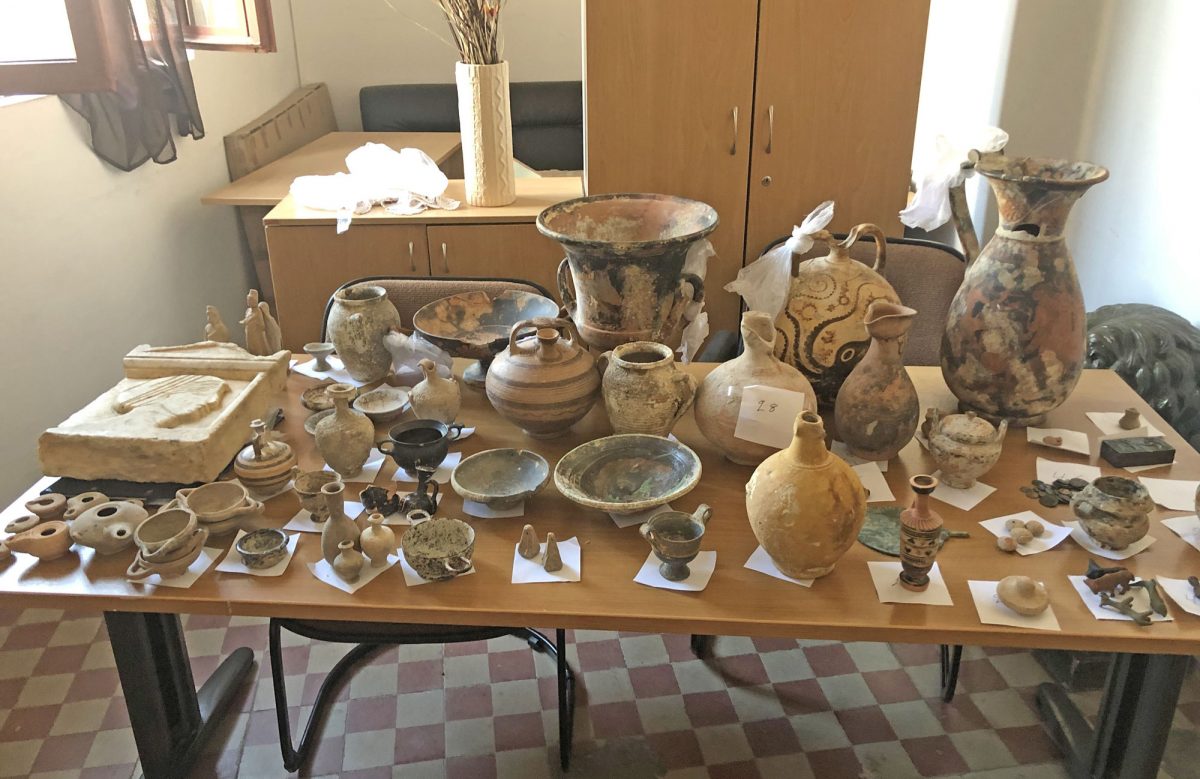 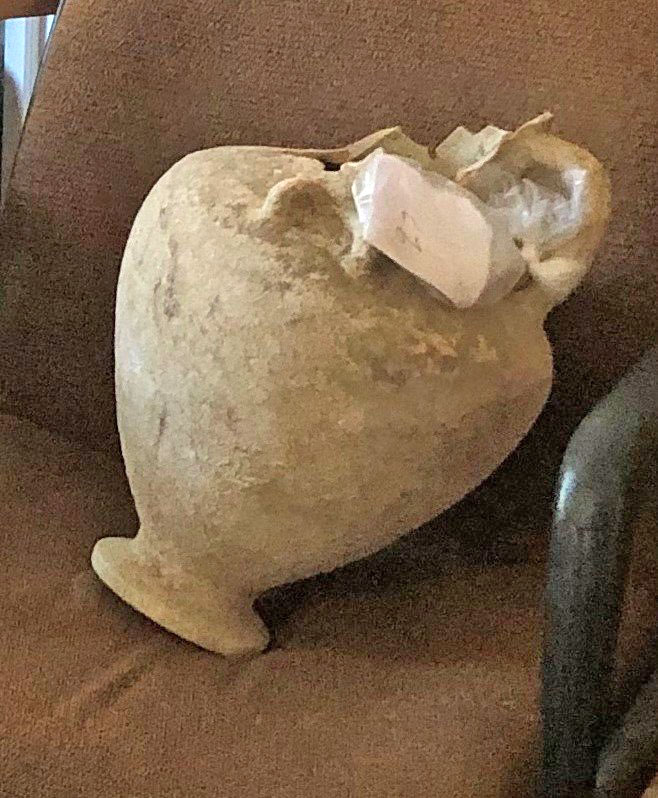 One person was arrested

A person arrested on Saturday, September 12, 2020, in a district of Rhodes, has been accused of possessing items of great historical and archaeological value for their further disposal. As mentioned in a statement by the Hellenic Police, a criminal case was filed against him for violating the legislation on antiquities and cultural heritage in general.

More specifically, after using information about a person in possession of objects of historical and archaeological value for their further disposal, the Sub-Directorate of the Ioannina Security Department organized a police operation, in which, the accused was located with the assistance of police officers of the Rhodes Security Sub-Directorate.

A search of his home was conducted and the following artefacts were found and confiscated: the upper part of a marble tombstone in relief, 81 ancient artefacts (figurines, loom weights, lamps, perfume jars, vials, vases, jugs, a cantharus cup, an amphora, e.t.c.) and 47 coins.

According to their assessment by an archaeologist from the Dodecanese Ephorate of Antiquities, all items fall under the protective provisions of the law on the protection of antiquities and cultural heritage in general and date back to the Mycenaean, Classical, Hellenistic and Byzantine periods.

The person apprehended was taken to the Public Prosecutor of Rhodes, while the confiscated items will be sent to the Dodecanese Ephorate of Antiquities for further examination, assessment and safekeeping.