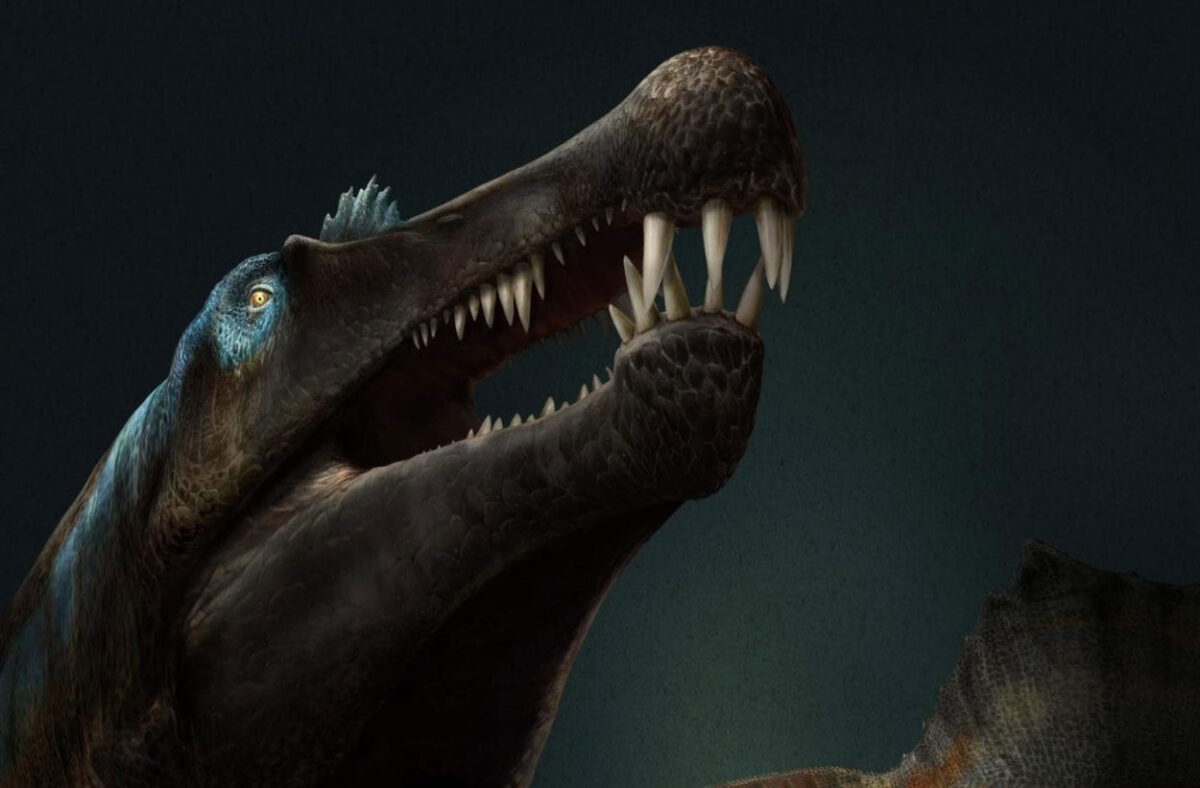 The most commonly found creature in the Kem Kem river system

A discovery of more than a thousand dinosaur teeth, by a team of researchers from the University of Portsmouth, proves beyond reasonable doubt that Spinosaurus, the giant predator made famous by the movie Jurassic Park III as well as the BBC documentary Planet Dinosaur was an enormous river-monster.

Research published in the journal Cretaceous Research proves that Spinosaurus aegyptiacus, a 15 metre long, six-tonne beast was in fact the most commonly found creature in the Kem Kem river system, which flowed through the Sahara Desert 100 million years ago.

Until recently it was believed that dinosaurs lived exclusively on land. However, research published earlier this year showed that Spinosaurus was well adapted to an aquatic lifestyle, due to its newly discovered tail. This latest research of 1,200 teeth found in the same region further supports this theory.

Scientists from the University of Portsmouth collected the fossilised remains from the site of an ancient river bed in Morocco. After analysing all of them it was discovered there was an abundance of Spinosaurus teeth, which are distinct and easily identifiable.

David Martill, Professor of Palaeobiology at the University of Portsmouth, said:

“The huge number of teeth we collected in the prehistoric river bed reveals that Spinosaurus was there in huge numbers, accounting for 45 per cent of the total dental remains. We know of no other location where such a mass of dinosaur teeth have been found in bone-bearing rock.

“The enhanced abundance of Spinosaurus teeth, relative to other dinosaurs, is a reflection of their aquatic lifestyle. An animal living much of its life in water is much more likely to contribute teeth to the river deposit than those dinosaurs that perhaps only visited the river for drinking and feeding along its banks.

“From this research we are able to confirm this location as the place where this gigantic dinosaur not only lived but also died. The results are fully consistent with the idea of a truly water-dwelling, “river monster”.”

Professor Martill worked alongside two students studying for their Masters Degree in Paleontology at the University of Portsmouth.

Thomas Beevor said: “The Kem Kem river beds are an amazing source of Spinosaurus remains. They also preserve the remains of many other Cretaceous creatures including sawfish, coelacanths, crocodiles, flying reptiles and other land-living dinosaurs. With such an abundance of Spinosaurus teeth, it is highly likely that this animal was living mostly within the river rather than along its banks.”

Aaron Quigley, explained the process of sorting through the teeth: “After preparing all the fossils, we then assessed each one in turn. The teeth of Spinosaurus have a distinct surface. They have a smooth round cross section which glints when held up to the light. We sorted all 1200 teeth into species and then literally counted them all up. Forty-five per cent of our total find were Spinosaurus teeth.”