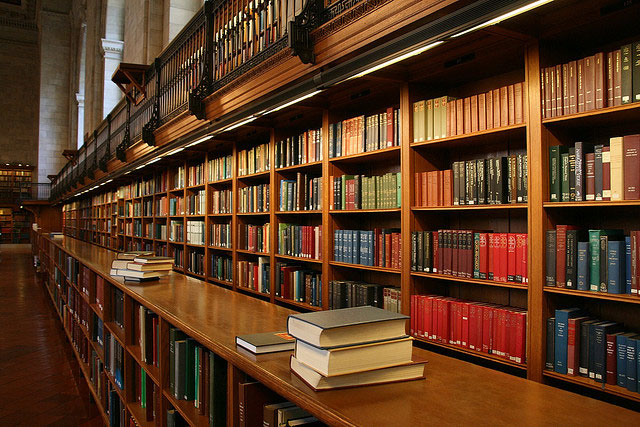 On behalf of the Society for Classical Studies (SCS), the Erich S. Gruen Prize Committee invites all graduate students based in North America to enter the first annual competition for the best graduate research paper on multiculturalism in the ancient Mediterranean. This year’s deadline is October 9 (see below for submission instructions) and the prize will be a cash award of $500. The award is open to scholars regardless of their particular subfield, methodology, or region within the ancient Mediterranean world. A web version of this call for submissions is available here.

The prize is intended to honor Erich S. Gruen, renowned ancient historian and long-time Gladys Rehard Wood Professor of History and Classics at the University of California, Berkeley. Professor Gruen was born in Vienna in 1935 and came to the United States in 1939. He earned his B.A. at Columbia, won a Rhodes Scholarship to Oxford where he achieved First Class Honours in Literae Humaniores (Ancient History and Philosophy), and received his Ph.D. from Harvard. Since then, he has become one of the most respected and beloved scholars in the field, making lasting contributions to our understanding of ethnicity, identity, and exchange in the multicultural ancient Mediterranean world. Professor Gruen has served on the dissertation committees of over one hundred Ph.D. students, and he continues to correspond with and support them long after graduation, as scholars and as people. He also touches the lives of countless other scholars across the world through his tireless traveling, mentorship, and service to the profession, including as president of the American Philological Association (now the Society for Classical Studies) in 1992.

In honor of all these achievements, with the help of his former students, and in celebration of his 85th birthday in May 2020, the SCS Board has set up an award in order to celebrate Professor Gruen’s living legacy.

We therefore invite high-quality papers treating any aspect of race, ethnicity, or cultural exchange as it pertains to the ancient Mediterranean by any student currently enrolled in a North American graduate program, regardless of citizenship or immigration status. A Prize Committee has been charged with selecting the most original and well-argued research paper to receive a cash award and public recognition by SCS. Membership in SCS and/or attendance at the annual meeting are not expected or required of any applicant.

The deadline for submissions is October 9, 2020. Essays should not exceed the length of 30 pages, including notes but excluding bibliography and illustrations or figures. Text must be double-spaced in 12-point font with 1-inch margins; notes may be single-spaced and must be displayed as footnotes. Electronic submission via Google form is required unless prior arrangements have been made for good reason with the committee. Essays should be submitted in PDF format by direct upload using the Google form found here.

The Gruen Prize is intended to encourage new avenues of intellectual development and the graduate-level mentorship that supports and nurtures it. Submissions should therefore not be previously published, in full or in part, and authors who already have Ph.D. in hand by October 9, 2020, are ineligible. SCS reserves the right not to confer the prize in any year in which no suitable candidate is found. The winner of the 2020 Gruen Prize will be selected by a jury. This year Nandini Pandey, Kristen Seaman, Jeremy McInerney, Ann Kuttner, and David DeVore will judge applications. Please direct to both Nandini Pandey ([email protected]) and Kristen Seaman ([email protected]) remaining questions regarding eligibility, requirements, submission, or other matters.

SCS has established the Gruen Fund to support this important new prize. The initial value of the prize will be $500 and will be funded by spendable Annual Giving donations while SCS raises funds for an endowment to sustain the prize over the long term. It is hoped that fundraising will be sufficient to increase the value of the prize after the first five years. All other funds raised in this fiscal year will be invested in the endowment for long-term support of the prize. Donations can be made via this online form on the SCS website. SCS has received a challenge gift which will match all contributions made in 2020 up to a total of $10,000. SCS is a 501(c)3 public charity and donations may be tax deductible.

Erich Gruen was born in Vienna in 1935 and came to the United States in 1939. He lived in Washington, D.C. before doing his undergraduate work at Columbia University. Erich spent 3 years at Oxford University as a Rhodes Scholar where he achieved First Class Honours in Literae Humaniores (Ancient History and Philosophy) and then returned to the States to do his Ph.D. at Harvard University. After teaching for several years at Harvard, Erich took up his post at the University of California, Berkeley, where he taught for over 40 years as a member of both the History and the Classics Departments, serving simultaneously as chair of the Group in Ancient History and Mediterranean Archaeology. At Berkeley, he held the Gladys Rehard Wood Chair. He spent terms as a visiting professor at the University of Colorado, Hebrew University of Jerusalem, Princeton University, Cornell University, Oxford University, the University of Minnesota, and Tel Aviv University. He also served as the Villa Professor at the Getty Center.

Erich has received many honors and awards. Although it is impossible to list them all, these honors include Guggenheim and National Endowment for the Humanities Fellowships and appointments at the Institute for Advanced Study in Princeton and the Stanford Humanities Center. Erich has also given the Townsend Classical Lectures at Cornell University, the Semple Classical Lectures at the University of Cincinnati, and the Martin Classical Lectures at Oberlin. He has been elected to the American Philosophical Society, the Roman Society of Great Britain (Honorary Member), and the American Academy of Arts and Sciences. Erich was also awarded the Austrian Cross of Honor for Arts and Letters. U.C. Berkeley has honored Erich by appointing him Faculty Research Lecturer, awarding him a Distinguished Teaching Award, and giving him the Berkeley Citation for distinguished achievement and notable service to the University.

Erich has contributed major scholarship in three distinctly different areas – the Roman Republic, the Hellenistic world, and the Jews of the ancient Mediterranean, each one of these areas being the equivalent of a complete career for most scholars. His seminal book, The Last Generation of the Roman Republic, is so well known in the field that it is referred to affectionately as LGRR.  Other books that have cemented his reputation as an eminent scholar in his chosen fields include The Hellenistic World and the Coming of Rome (University of California Press, 1984) (received the James H. Breasted Prize), Culture and National Identity in Republican Rome (Cornell University Press, 1992), Heritage and Hellenism: The Reinvention of Jewish Tradition (University of California Press, 1998), Diaspora: Jews amidst Greeks and Romans (Harvard University Press, 2004), Rethinking the Other in Antiquity (Princeton University Press, 2011), and Constructs of Identity in Hellenistic Judaism: Essays on Early Jewish Literature and History (De Gruyter, 2016). His new book, Ethnicity in the Ancient World: Did It Matter?, will be published in Fall 2020 (De Gruyter). In addition to his books, Erich has written over 100 articles and has given over 300 lectures and invited papers round the world.

Erich has also contributed to the Society for Classical Studies in major ways over the years. He served simultaneously on the Board of Directors and the Program Committee (1983-1986) when SCS was known as the APA, and he was Vice President for Programs (1987-1990), President-Elect in 1991, and President in 1992. He also served as a Vice-President for Professional Matters for the APA from 1997-2000.

However, what Erich is proudest of are the graduate students whom he has mentored over the years. Erich has supervised or served on the dissertation committees of over 100 students, and there are many others to whom he has given wise counsel. Erich’s pride and joy are the three full shelves of books written by his students.