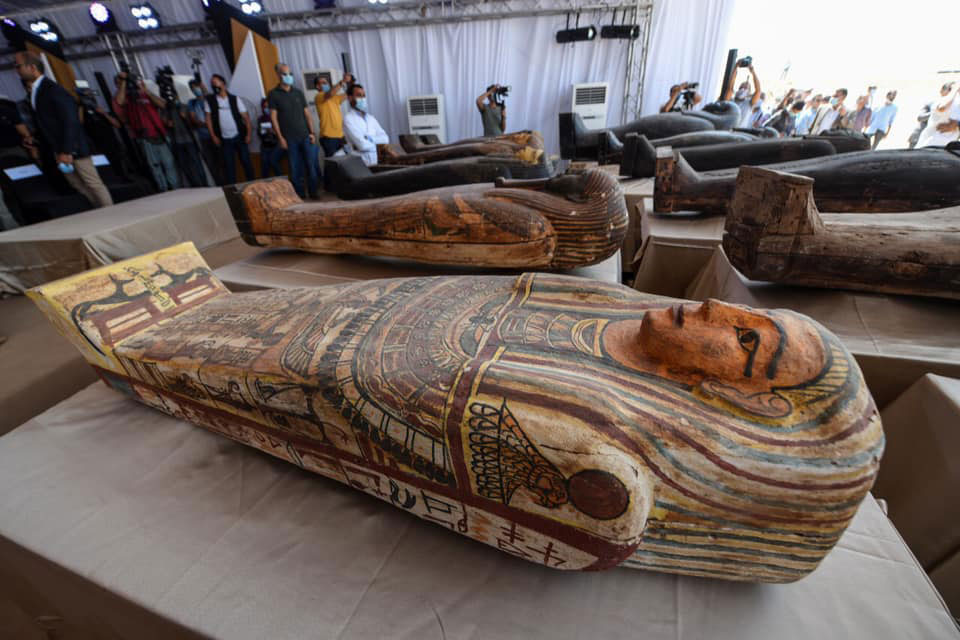 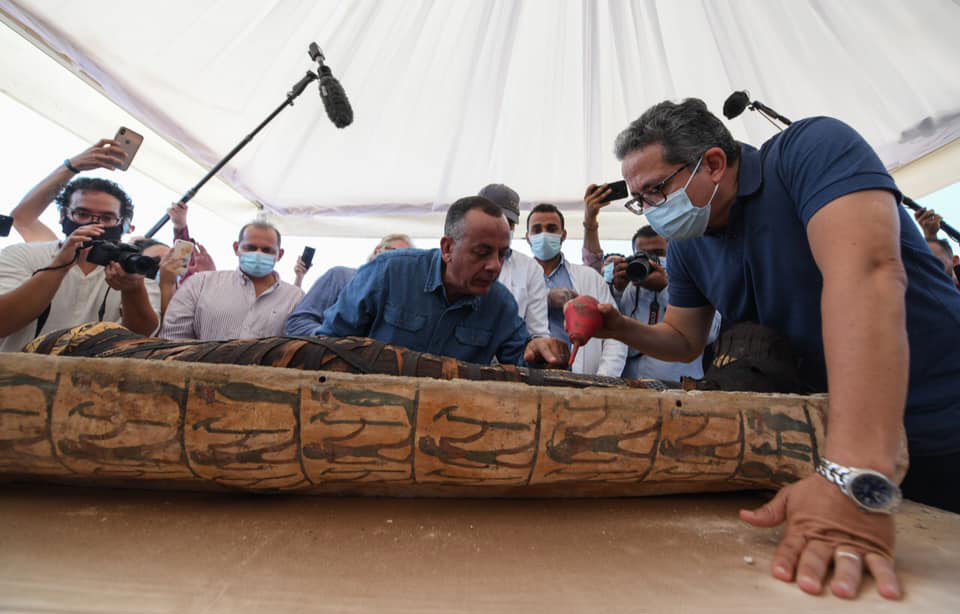 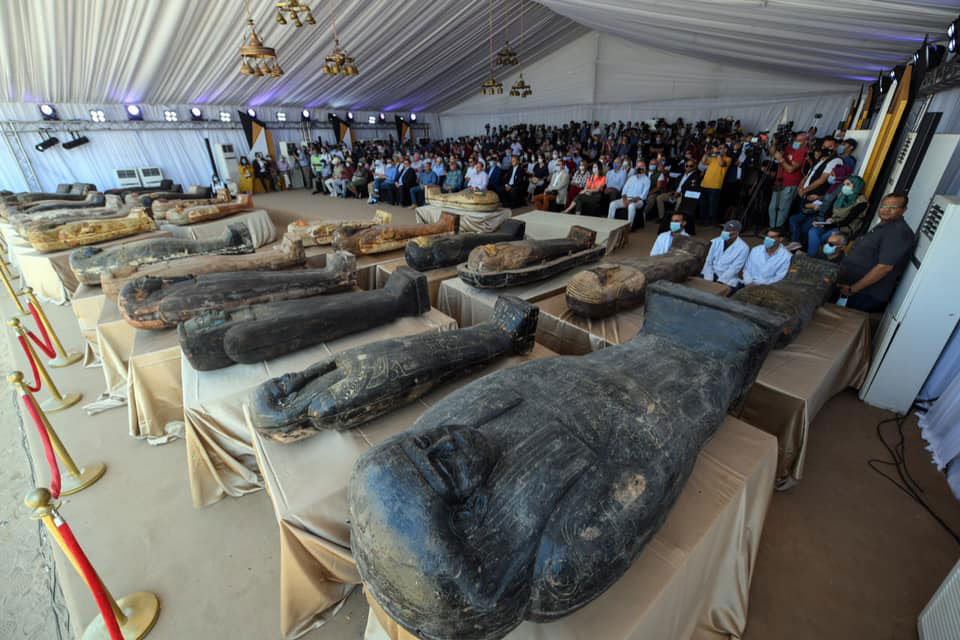 Large number of intact coffins from Saqqara presented to the public

Finds deemed as the “largest archaeological discovery in 2020”

Authorities in Egypt have finally presented a large number of intact coffins and other artifacts found in the necropolis of Saqqara, near Cairo; they have already deemed as the “largest archaeological discovery in 2020”

The finds, whose discovery had been briefly announced by a spectacular short video since last month, and was since long-awaited, were officially revealed last Saturday in a press event hosted by the Minister of Tourism and Antiquities Khaled El-Enany. The event was attended by a large number of Egypt-based international dignitaries and journalists who viewed the finds and witnessed the public opening of one of the sarcophagi.

According to the Minister, the Egyptian team working at Saqqara started re-excavating the site two months ago and succeeded to uncover a burial shaft 11 meters deep containing more than 13 anthropoid coffins, intact and sealed. Further work revealed two more shafts, 10 and 12 meters deep, again filled with a large number of intact and sealed coffins. So far, the mission has unearthed 59 coffins.

“I have witnessed the opening of one of the coffins … the mummy seems as if it was mummified yesterday,” El-Enani said,  adding that he is immensely proud as most finds have been revealed by Egyptian teams on Egyptian soil and that not even COVID-19 pandemic stopped his colleagues from unearthing more.

According to Mostafa Waziri, secretary-general of the Supreme Council of Antiquities, preliminary studies showed the coffins, most of which contain mummies, belong to 26th Dynasty priests, top officials, and elites. Marking the beginning of what is known in Egyptian history as the turbulent “Late Period”, the 26th Dynasty (known also as Saite period) ruled during the 7th-6th c. BC, its rulers facing the menace of various external and internal enemies but still managing to achieve an impressive cultural revival.

Apart from coffins, excavation works on the site also revealed a collection of amulets, a shabti figurine, and 28 statuettes of Ptah-Soker (the main god of Saqqara Necropolis). Finally, it is worth making a special mention of an exceptional find: 35cm.- tall bronze statuette of god Nefertum bearing inlaid decoration and inscribed with the name of Priest Padi-Amun along its base.

The newly revealed coffins are set to be transferred to the Grand Egyptian Museum to be displayed in the hall next to the one that contains the content of the Asasif Cachette, the other recent impressive discovery highlighting the fact that Egyptian soil still hides a lot yet to be revealed.