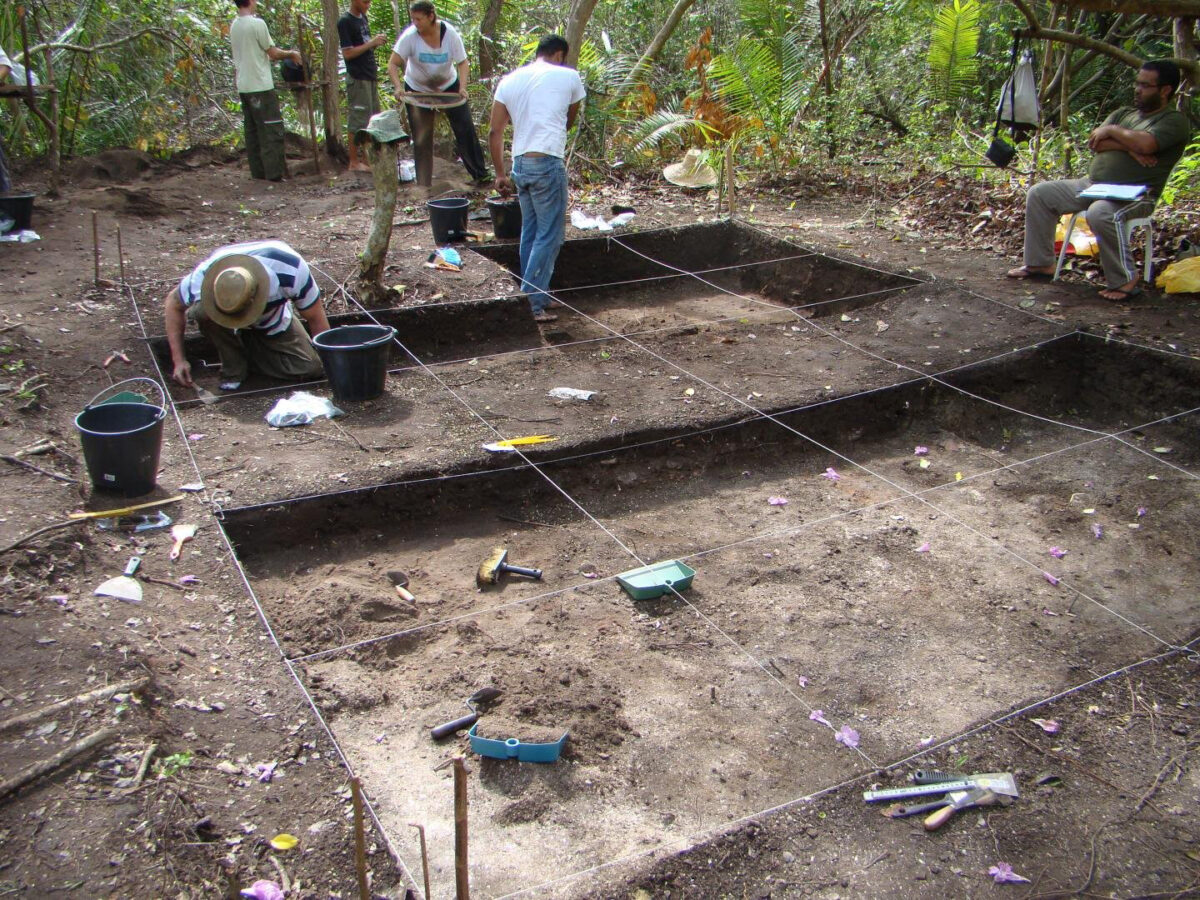 Diet of Pre-Columbian societies in the Brazilian Amazon reconstructed

Based on stable isotopic analysis and Bayesian Mixing Models

An international study led by the Institute of Environmental Science and Technology (ICTA-UAB) and the Department of Prehistory at the UAB has reconstructed the diets of pre-Columbian groups on the Amazon coast of Brazil, showing that tropical agroforestry was regionally variable.

During the past few decades, there has been an increased interest in the origin and evolution of pre-Columbian economies in the Amazon. However, the paucity of human remains from this period has limited our understanding of the contribution of plants, terrestrial animals and fish to individual diets and, therefore, their role in supporting population growth and cultural changes in this region before European contact.

This new study, published in Scientific Reports, used stable isotopic analysis and Bayesian Mixing Models to reconstruct the diets of human individuals living along the Brazilian Amazon coast between 1,000 and 1,800 years ago.

They found that despite the proximity to marine resources and the evidence of fishing, diets were based mainly on terrestrial plants and animals. Land mammals and plants were the main sources of caloric intake. Land animals were also the main source of dietary protein, compared to fish.

Among the taxonomically identified animals, they found rodents such as paca, cavia or cutia, a brocket deer and catfish. In the late Holocene a large variety of wild and cultivated plants such as cassava, corn, squash, among others, were consumed.

“The results call into question the widespread assumption that fish was the main economic component and the largest source of protein among pre-Columbian populations living in proximity to aquatic environments in lowland Amazonia”, says Colonese. He adds that the results indicate these populations dedicated considerable efforts to hunting, forest management and plant cultivation.

“Our study provides unprecedented quantitative information on the extent to which distinct food categories from agroforestry systems fulfilled the caloric and protein requirements of populations in the pre-Columbian Amazon, and corroborates the growing consensus that these diversified subsistence economies fuelled cultural, demographic and environmental transformations in the eastern Amazon basin during the Late Holocene.”