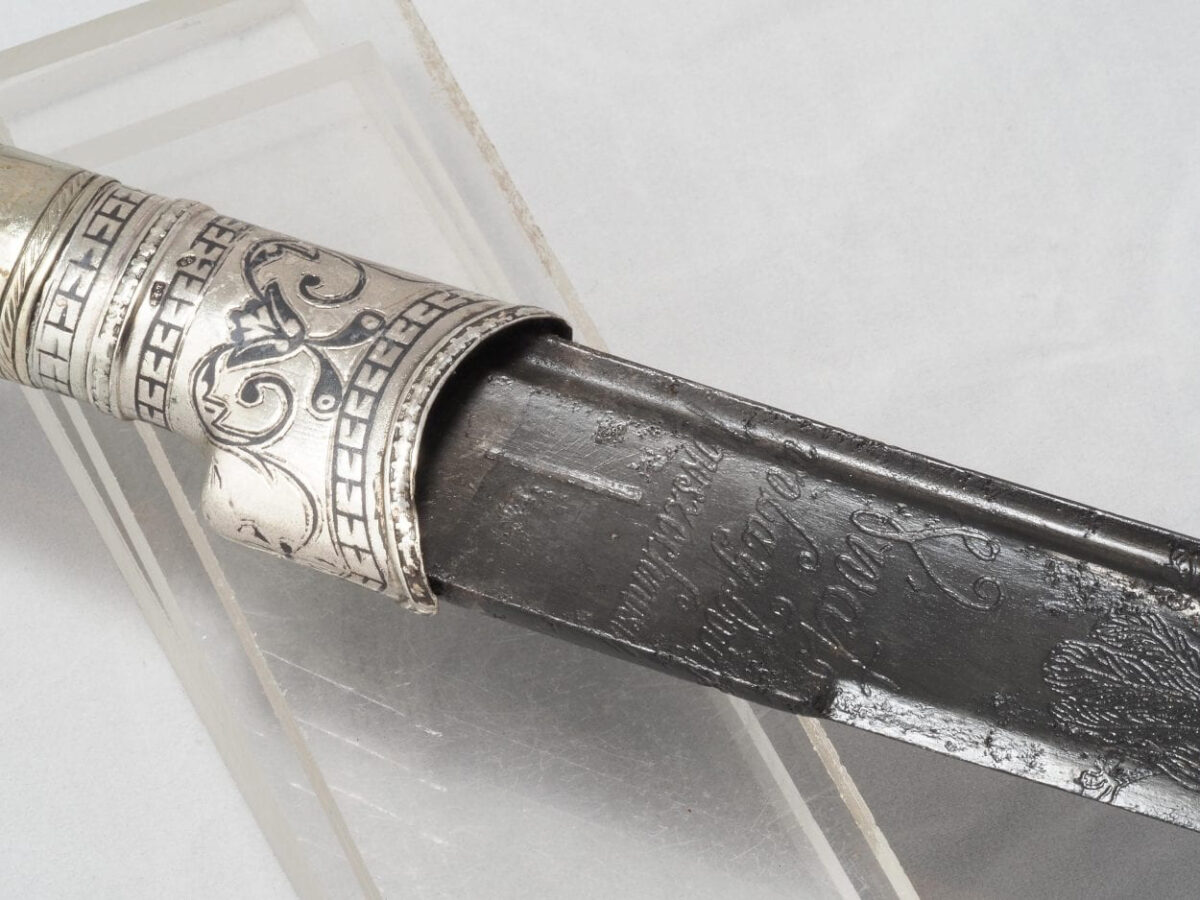 Has been found in Bulgaria

The sword, engraved with the words “Vivat Szlachcic Pan i fundator wojska” (Long live the Noble Lord and founder of the army), was discovered near Veliko Tarnovo where it is now being housed in the town’s Archeological Museum.

According to researchers, the weapon would have belonged to an officer and was probably taken from an insurgent by someone in the Tsarist army, who later fought in the Russo-Turkish War in Bulgaria.

After noticing a Polish inscription, the museum contacted Professor Piotr Dyczek from the Antiquity of Southeastern Europe Research Center of the University of Warsaw, which conducts a number of research projects in Bulgaria.

Dyczek found that the inscription had been altered, with the sword modelled on 18th-century sabres and karabelas, and would normally be covered with patriotic motifs: the Eagle, the Pahonia and an inscription.

Professor Dyczek said: “Most often it was ‘Vivat najwyższa władza szlachty, Vivat Wolne Sejmiki i Posły’ (Long live the highest authority of the nobility, Long live Free Parliaments and Delegates) with the Lithuanian Pahonia, and on the other side ‘Vivat Szlachcic Pan i fundator wojska, Vivat wola i dobro powszechności’ (Long live the Noble Lord and founder of the army, Long live the will and the common good)”.

“These exact symbols and inscriptions can be found on the sabre from Bulgaria.”

He added: “The sabre was probably the spoils of an officer of the Tsarist army who participated in the suppression of the January Uprising in 1863 and 1864, who then fitted it with a silver hilt typical for a shashka – a sabre with an open hilt with a split pommel.”

The same cavalry officer or Cossack commander probably later fought in another armed conflict, the Russo-Turkish War of 1877–1878, and used the sabre in combat.

The Russo-Turkish War was of cardinal importance for the Bulgarians, because the Bulgarian state re-emerged after almost 500 years of Ottoman rule (from 1396).