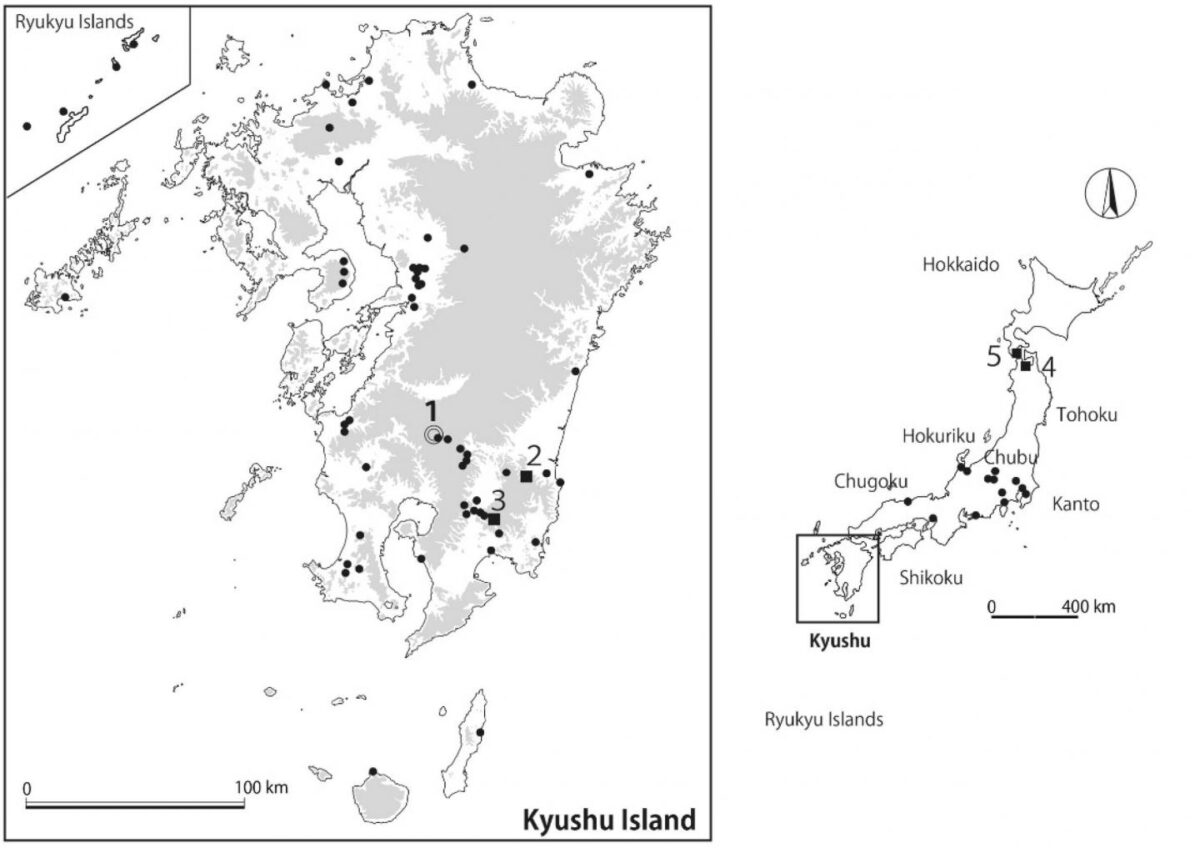 X-ray imaging of a beetle’s world in ancient earthenware

Visualization of insect impressions in 3600-year-old pottery from Kyushu, Japan

Using X-rays, Professor Hiroki Obata of Kumamoto University, Japan has imaged 28 impressions of maize weevils on pottery shards from the late Jomon period (around 3,600 years ago) excavated from the Yakushoden site in Miyazaki Prefecture. This is the first example of pottery with multiple weevil impressions discovered in Kyushu, and the density of impressions is the highest ever found in Japan.

Impressions of seeds and insects may be found on the surface and inside ancient earthenware. Prof. Obata began detecting impressions using the “impression method” in 2003 because it is particularly useful for visualizing indentations that cannot be seen by the naked eye. Using this method, his research group discovered the impression of a 10,000-year-old maize weevil on earthenware from Tanegashima Island in 2010. Before that discovery, it was thought that maize weevils came to Japan from the Korean peninsula with shipments of rice, but his finding showed that they were there long before rice started being brought to the Japanese archipelago.

Prof. Obata’s group found maize weevil pottery impressions at the Sannai-Maruyama site in Aomori Prefecture in 2012 and at the Tateyama site in Hokkaido in 2013. Several studies have shown that Jomon people brought chestnuts to Hokkaido and the Tohoku region, where chestnuts do not normally grow naturally. Prof. Obata’s group, however, showed that Jomon people brought maize weevils with the chestnuts to these areas, thereby confirming the theory of anthropogenic spread of the food pest.

At the Yakushoden site in Miyazaki Prefecture, maize weevils and acorn peels were found in pottery shards. This provides indirect evidence of the relationship between the storage of hard fruits and the pests that attacked them, and also proves that the Jomon people were surrounded by a greater number of weevils than was previously imagined.

“The fact that food pests such as weevils existed even in the Jomon period, and that their spread was due to sedentary lifestyles and the transportation and trade of food is similar to what happens in modern society,” said Professor Obata. “Modern epidemics and disasters spread not only through natural forces, but also by the gathering of people and the movement of goods. Thus, there are lessons to be learned from pottery from thousands of years ago.”