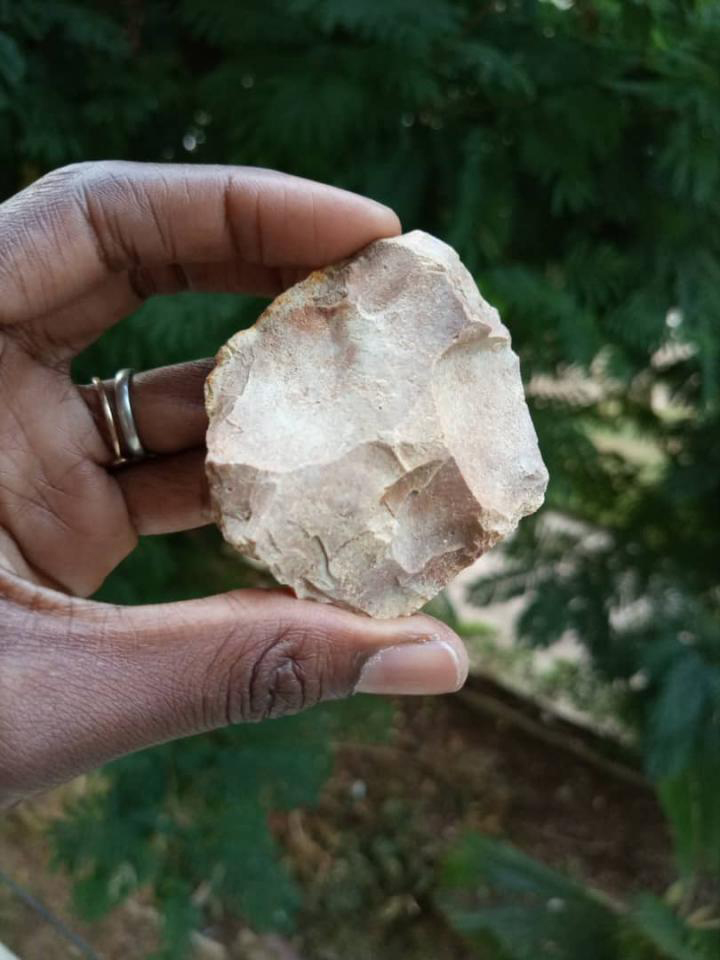 Although coastlines have widely been proposed as potential corridors of past migration, the occupation of Africa’s tropical coasts during the Stone Age is poorly known, particularly in contrast to the temperate coasts of northern and southern Africa. Recent studies in eastern Africa have begun to resolve this, detailing dynamic behavioural changes near the coast of Kenya during the last glacial phase, but studies of Stone Age occupations along western Africa’s coasts are still lacking.

In recent years, anthropological research has begun to investigate the relationship between demographic diversity and patterns of behavioural change. A range of genetic and palaeoanthropological studies have begun to highlight the considerable demographic diversity present in West Africa in the recent past, but archaeological studies of Stone Age sites are still needed to understand how this diversity relates to patterns of behaviour shown in the archaeological record.

“There are plenty of surface sites that have demonstrated the wealth of Stone Age archaeology in West Africa,” says Jimbob Blinkhorn of MPI-SHH, “but to characterise patterns of changing behaviour, we need large, excavated stone tool assemblages that we can clearly date to specific periods.”

Tiémassas is a Stone Age site with a notable history of research, including surface surveys and early excavations in the mid-20th century, but the lack of systematic study meant it was mired in controversy.

“In the past, Tiémassas has been described as a Middle Stone Age, Later Stone Age or Neolithic site, and resolving between these alternatives has important implications for our understanding of behaviour at the site,” says lead author Khady Niang of Université Cheikh Anta Diop de Dakar. “We’ve reviewed previously collected material from the site, conducted new excavations and analysis of stone tools and combined this with dating studies that make Tiémassas a benchmark example of the Middle Stone Age of West Africa.”

“The Middle Stone Age occupants of Tiémassas employed two distinct technologies — centripetal Levallois and discoidal reduction systems,” says Niang. “What is really notable is that the stone tool assemblages are really consistent with one another and form a pattern we can match up with the results of earlier excavations too. Pulled together, the site tells a clear story of startling technological continuity for nearly 40 thousand years.”

The results of this new research at Tiémassas consolidate the sparse record of Middle Stone Age occupations of West Africa. Yet, the site’s location is distinct from others dated to the Middle Stone Age in the region as it is located close to the coast and at the interface of three ecozones: savannahs, forests and mangroves.

“Our new work at Tiémassas offers a neat comparison to recent work on coastal occupations in eastern Africa. They span roughly the same timeframe, have similar ecological characteristics, and are found along tropical coasts,” says Blinkhorn. “But the continuity in behaviour we see at Tiémassas stands in stark contrast to the technological changes observed in eastern Africa, and this reflects a similar pattern seen in genetic and palaeoanthropological studies of enduring population structure in West Africa.”

As director of fieldwork for the ‘Lise Meitner’ Pan-African Evolution research group’s aWARE project, Blinkhorn is conducting research in Senegal, Ivory Coast, Benin, and Nigeria, looking for connections between the environments of the past and recent human evolution.