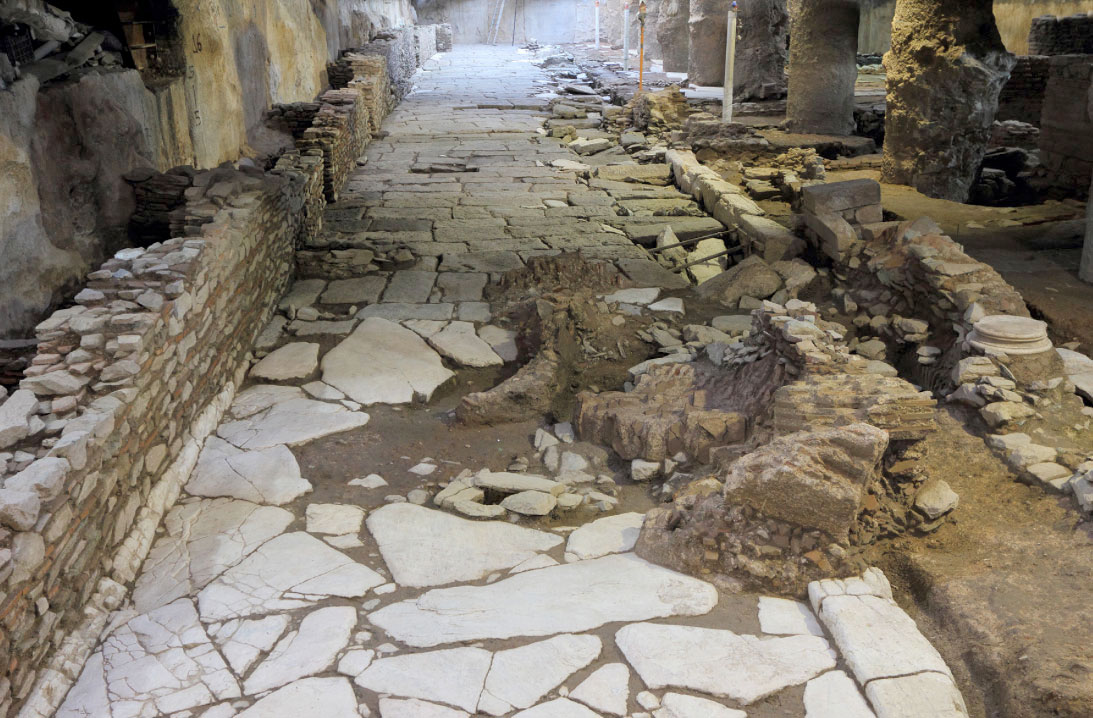 Regarding the antiquities in the Venizelos station

“We expect the Greek government to take the appeal of the General Assembly of ICOMOS seriously regarding the in situ preservation of the antiquities in the Venizelos Metro Station in Thessaloniki”, said the Association of Greek Archaeologists in a statement.

The announcement of the Association of Greek Archaeologists refers to the resolution submitted by the Greek National Committee and the Europe Group of the ICOMOS for the in situ preservation of the antiquities at the Venizelos Metro Station in Thessaloniki and which was approved on December 8, 2020 with an overwhelming majority (a total of 691 votes in favour, with 621 in favour, 58 abstentions, 4 against) by the General Assembly of ICOMOS (the International Council of Monuments and Sites).

The Association of Greek Archaeologists has also announced that on December 10, 2020, it submitted the said resolution to the Council of State, in order to bring it to the attention of the plenary session judging the appeal against the decision of the antiquities’ removal. “The decision of the 20th International Assembly of ICOMOS concerning the antiquities of Venizelos Station, is a resounding message that can not be undermined”, stresses the Association.

ICOMOS is one of the advisory bodies of the World Heritage Committee and responsible for evaluating all proposals for inclusion in the official list of UNESCO World Heritage Sites. It was founded in 1965 following the Charter of Venice, the scientific code of protection and restoration of monuments. The opinion of the ICOMOS International Assembly is of paramount importance to all experts on monuments.

In their statement, the Greek archaeologists point out that “The members of the International Assembly of ICOMOS, examining all the facts including the documentation of the Association of Greek Archaeologists, judged the Greek government’s allegations as unfounded and rejected the arguments of those- including the 14 members of the Central Archaeological Council (CAC)- in favour of the antiquities’ removal. The overwhelming results of the vote prove without doubt that in this case the minister and the 14 members of the CAC stand apart from the international scientific community”.

Lastly the Association of Greek Archaeologists “invites the members of the CAC even now to consider their responsibilities and to refrain from any action that further affects the prestige of the Council”.