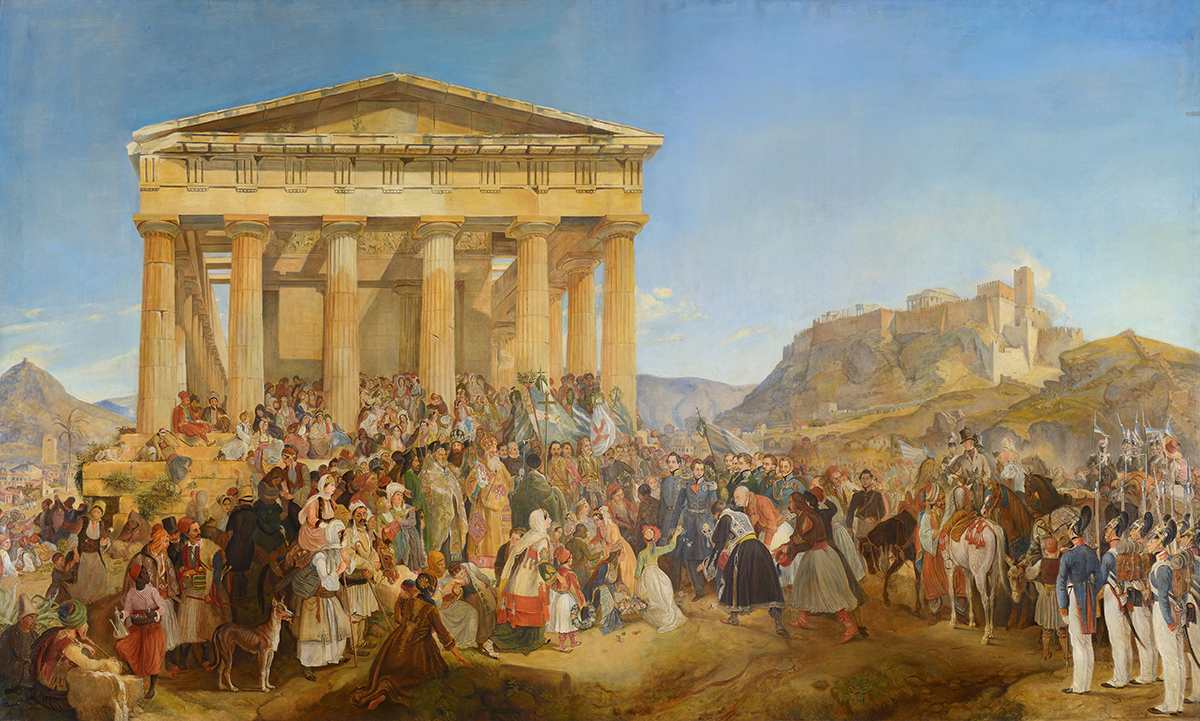 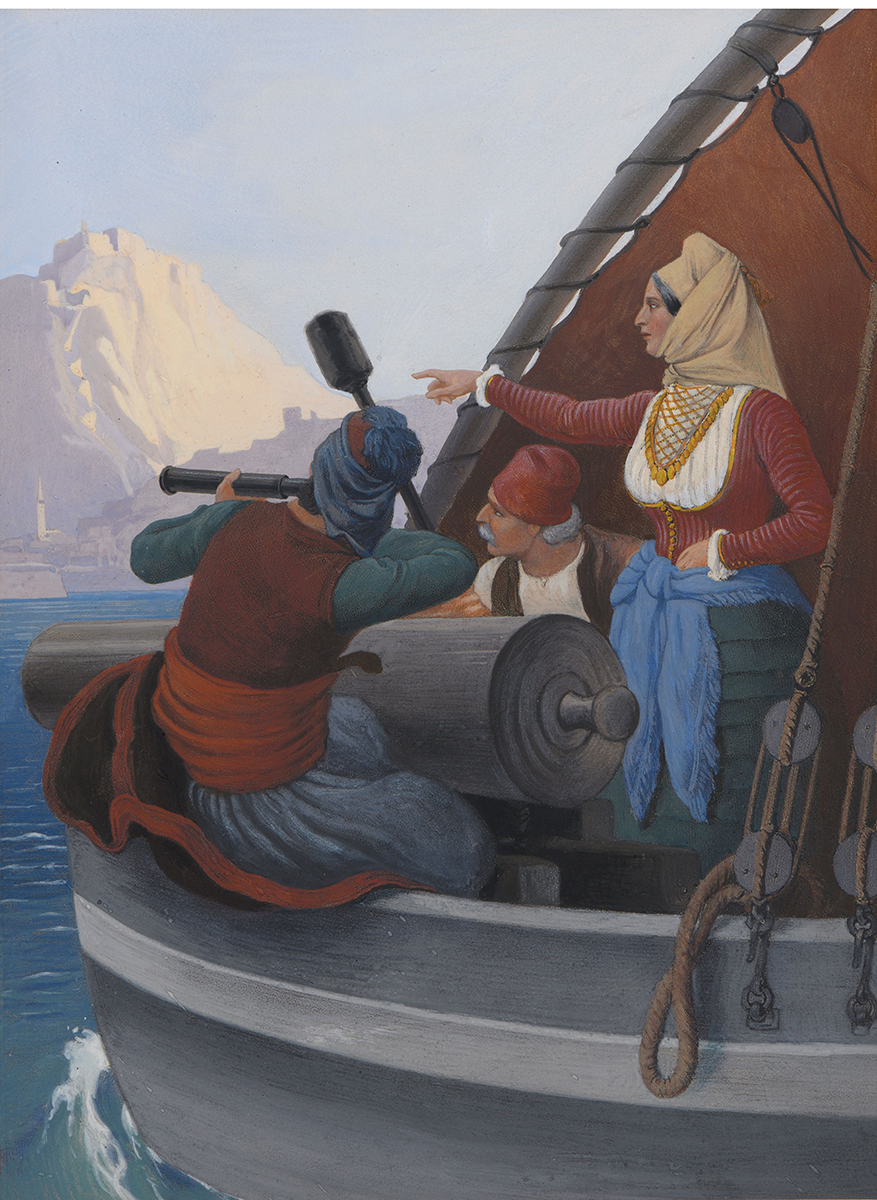 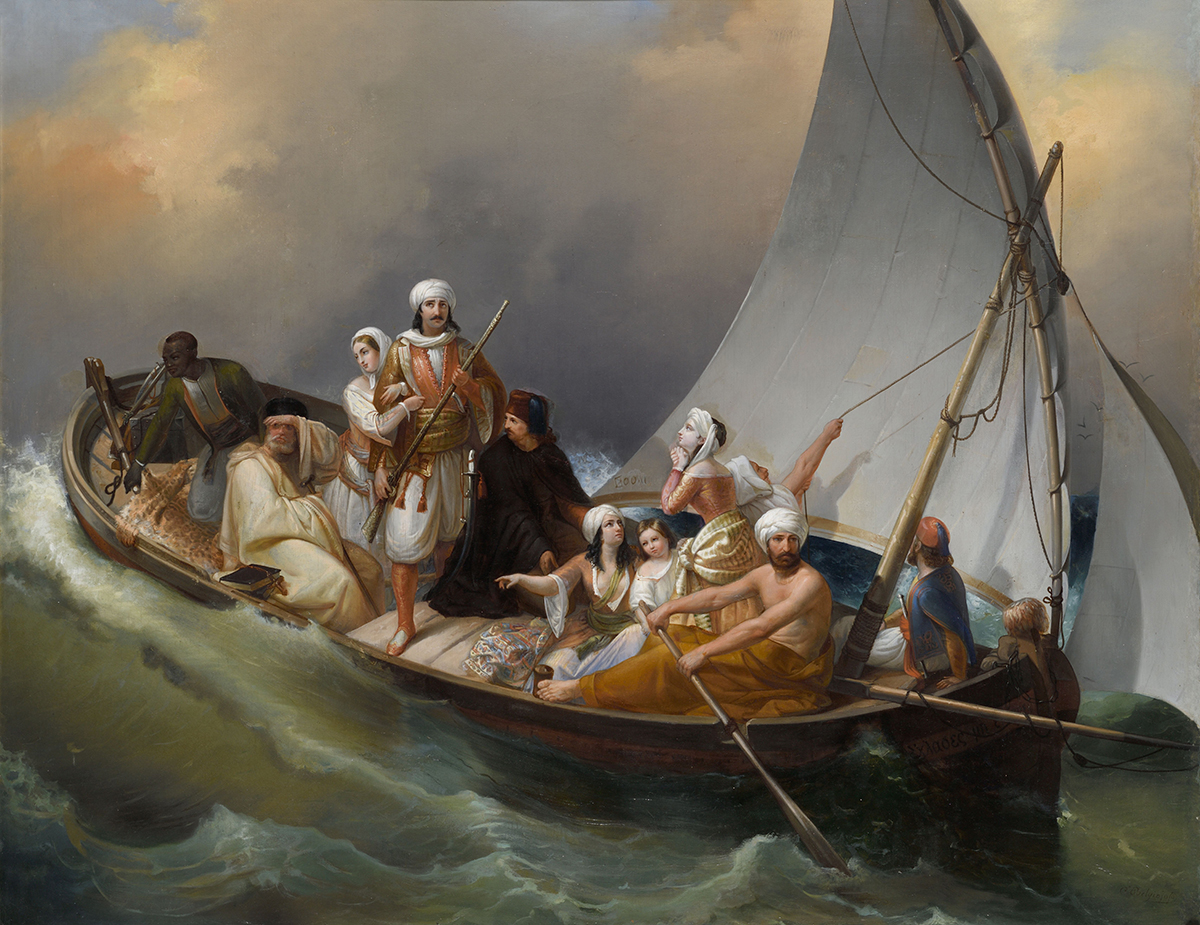 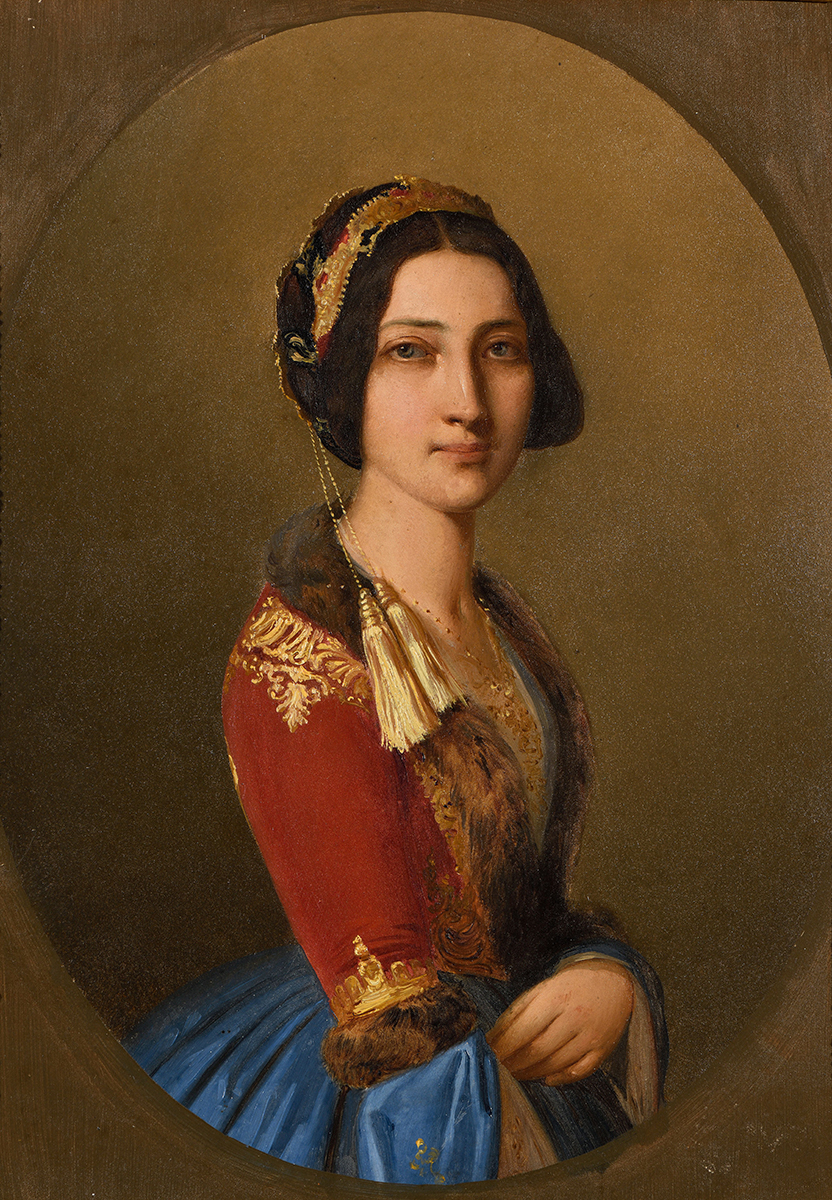 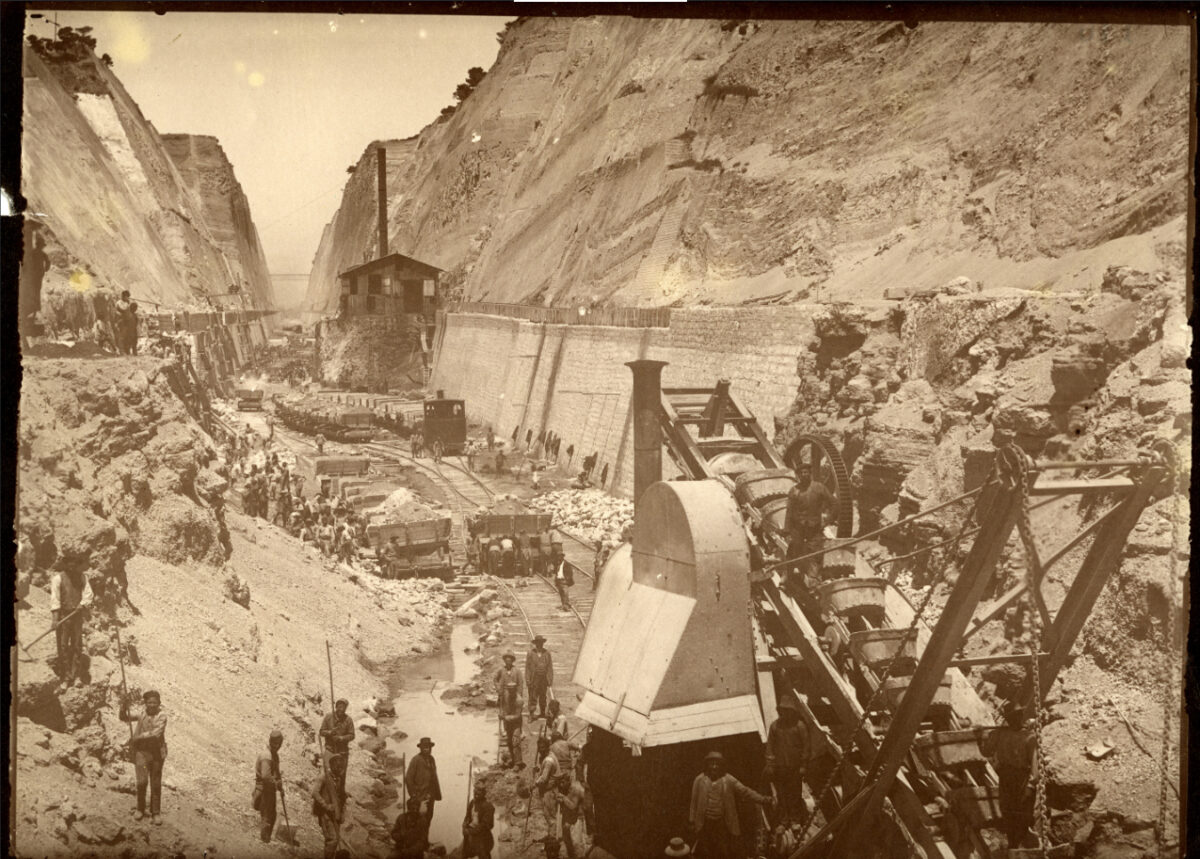 Anniversary exhibition: 1821 before and after

Celebrating the bicentenary of the Greek War of Independence

On Thursday, December 17, the anniversary exhibition ‘1821 before and after’ was presented in a live streaming presentation celebrating the bicentenary of the Greek War of Independence.

The building will become a living organism telling the story of modern Greeks from 1770 to 1870.

The exhibition will consist of three parts: The first part will start from 1770 and the Orlov revolt and will conclude with the outbreak of the Revolution in 1821. The second part will follow the events of the war up to Ioannis Capodistria and his rule over the new state. Finally, the third part will extend between the arrival of young King Otto in 1833 and 1870.

The exhibition narrative will use works of art and documents dating from the period in question; they are held in the collections of the three banks and in the Benaki Museum, itself a rich repository created on bonds of trust forged since its foundation with the families of those who fought and held centre stage in the 1821 Revolution. Important paintings, personal items belonging to key revolutionaries and historical heirlooms will bring to life the progress towards a national revolution, the events of the war of independence and its conclusion, the creation of the modern Greek state and its development and operation during the early decades. In parallel, the narrative will include utilitarian objects and testimonies that will bring into focus the everyday life of Greeks in the periods covered by the exhibition.

For their initiative to mount this exhibition, the co‐organisers have issued the following quotes:

Irini Geroulanou, President of the Board of Trustees, Benaki Museum

“Over the past century, the Benaki Museum has been the first museum institution in Greece to epitomise the process and development of Greek culture.

In cooperation with three major banking institutions, the Bank of Greece, the National Bank of Greece and Alpha Bank, an exhibition for the 200‐year anniversary of the Greek Revolution is organised.

The exhibition will showcase the heirlooms amassed by Antonis Benakis through personal choice and purchases as well as the heirlooms added to the Museum collections by countless donors, admirably arranged and presented by Angelos Delivorrias in the Benaki Museum we all know today, a museum institution with Greek roots and international standing.

The ‘1821 before and after’ exhibition will take over the entire Benaki Museum / Pireos 138 building between March and October 2021. Its extent and duration signify its value and importance for the Benaki Museum.”

Panagiotis Panagakis, Director of the Centre for Culture, Research and Documentation, Bank of Greece

“For us at the Bank of Greece, the idea behind the exhibition is not only extremely interesting, but what is equally important is the synergy of a major cultural institution such as the Benaki Museum, the central bank of the country and two more emblematic banks, the National Bank of Greece and Alpha Bank. It is a kind of synergy that happens for the first time on such a scale in our country and its significance is to be found in, among other things,  fostering a culture of fertile and creative cooperation between institutions.  The exhibition is something that the three banks and the Benaki Museum will do together, enhancing the philosophy of partnership, cooperation and mutual support in the country.”

Gerassimos Notaras, Head of the Sub‐division of the Historical Archives, National Bank of Greece

“Works in the National Bank of Greece collections that relate to the 1821 Revolution and to the foundation of the Greek state are early 20th‐century commissions and belong to the ideological framework of their period, as they focus on the quest for a national identity and on strengthening communal memory.

Copies after Hess, ordered by governor Streit in 1901, feature scenes from the war for liberation, fan the flames of patriotism and stimulate national pride. Further works covering the birth of the modern Greek state and the near‐ contemporary creation of the National Bank – Lytras’s portrait of King Otto, Hess’s Arrival of King Otto at Nafplion – contribute towards the universal mandate for constituting a strong new state.”

“Alpha Bank, a bank that is deeply rooted in history and has contributed to the financial, social and cultural life of Greece, participates in the intricate museological planning towards an exhibition on the bicentenary of the 1821 Greek Revolution, joining forces with the Benaki Museum and two further historic banking institutions, the Bank of Greece and the National Bank of Greece.

Through this shared initiative we aspire to create a large and, in its kind, unique anniversary exhibition that will shed light on this seminal for our country historical event, while bringing to the wider public’s attention the power and efficacy of working together. To this end, all three banks will deploy works of art and documents from our collections to complement the Benaki Museum’s rich material.

Hoping that the exhibition narrative will connect history with the charm of past everyday life, we, the four co‐ organisers, will take steps together towards our grand shared goal, ‘1821 before and after’.”