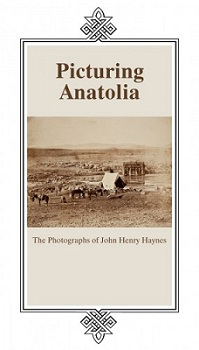 An interesting Colloquium, entitled “Anatolia Revisited, 1821-1922. Archaeological Explorations and the Legacy of Greece” is organized be the Gennadius Library and will take place on November 27th, at the American School of Classical Studies, in Athens.

Speakers of various institutions, such as the National Hellenic Research Foundation, the Panteion University, the Centre for Asia Minor Studies, the Benaki Museum, the University of Cincinnati, the University of Pennsylvania, and the Gennadius Library and the ASCSA, will present various aspects of Greek Hellenism in Anatolia, covering a period which begins after the Greek War of Independence (1821) and ends with the Asia Minor Catastrophe (1922).

Robert Ousterhout (University of Pennsylvania) will deliver the keynote address, entitled “John Henry Haynes and the Beginning of American Archaeological Photography”. The opening of the exhibition “Picturing Anatolia. The photographs of John Henry Haynes” will follow at 8.00 p.m.

The program of the Colloquium

The Anatolian Protestant Greeks in a Local and Global Perspective. The Evolution of a Splinter Group to a Transnational Community

The Preservation and Treatment of the Collective Memory of Asia Minor Hellenism. Centre for Asia Minor Studies

Natalia Vogeikoff-Brogan (American School of Classical Studies): The Birth of the Gennadius Library Archives: An Important Gift from the Dardanelles