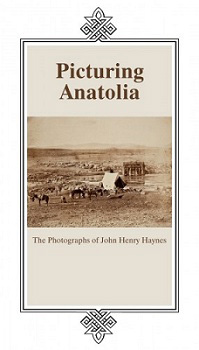 Extention of the exhibition “Picturing Anatolia”

Hosted at the Gennadius Library

The exhibition “Picturing Anatolia. The Photographs of John Henry Haynes” at the Gennadius Library will be extended until February 20, 2013.

Haynes served as photographer for the American excavations at Assos (1881-1883) and at Nippur in Mesopotamia (1889-1900). In 1884 and 1887 he traveled across Asia Minor, photographing historic and archaeological sites, many for the first time. His unrivaled photos are contrasted with travelers’ books from the rare collections of the Gennadius Library and unique materials from the Archives of the American School and the Gennadius Library, which all enliven the world of Anatolia in the 19th and early 20th centuries.

Using Haynes’ biography as a backbone, the exhibition starts with the testimony of early travelers to and maps of Asia Minor in the 18th and 19th centuries including Schliemann’s excavations of Troy; it moves to Athens focusing on Stillman’s photography of the Acropolis and the foundation of the American School; then displays 60 photographs of Haynes (from Eflatun Pinar, Assos, Constantinople, Phrygia, Cappadocia, Konya, Binbirkilise, Zincirli, Hattusas, and Ankara); and concludes with the excavations of Colophon and Sardis in 1921-1922 showcasing important material from the ASCSA Archives.

The exhibition is curated by Robert Ousterhout and Maria Georgopoulou and assisted by Ioli Vingopoulou and Natalia Vogeikoff.