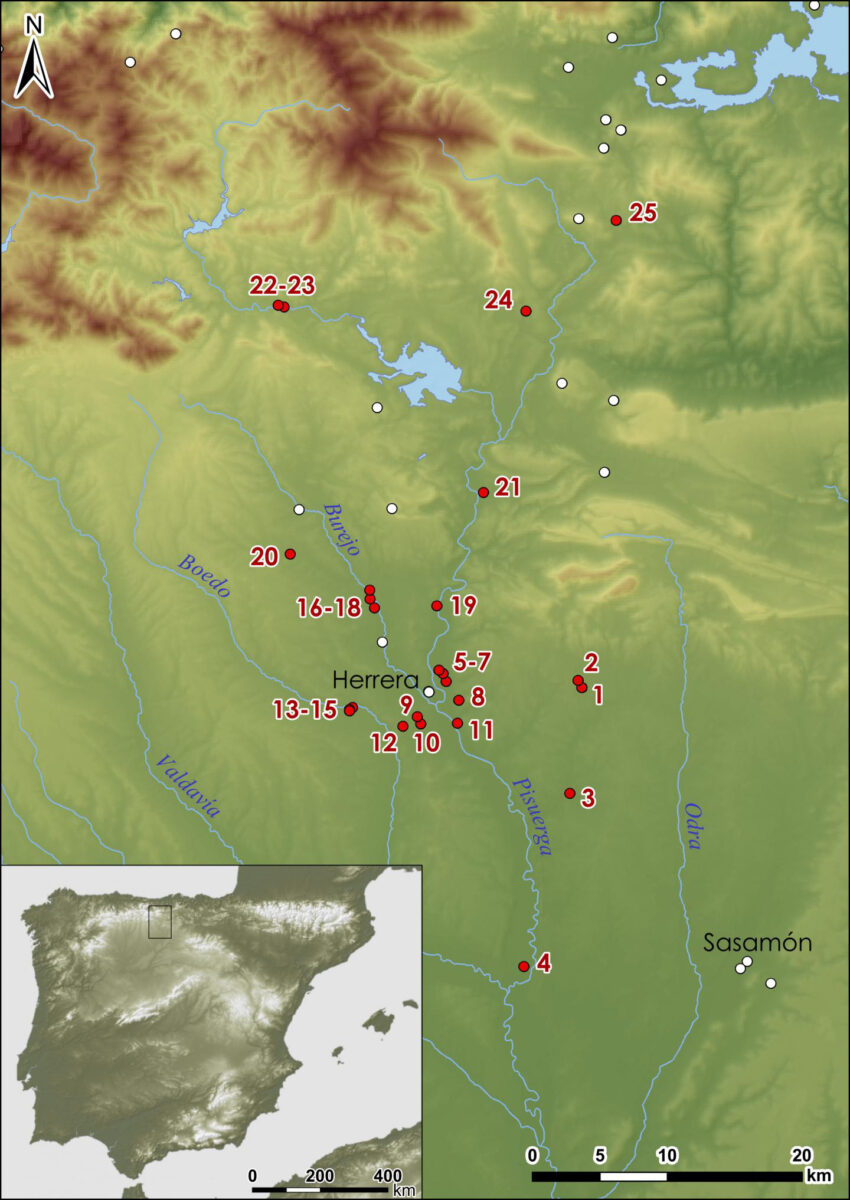 Discovery thanks to remote sensing technology

The discovery of dozens of new Roman Army sites thanks to remote sensing technology has revealed more about one of the empire’s most infamous conflicts.

Analysis of the 66 camps shows the Roman army had a larger presence in the region than previously thought during the 200-year battle to conquer the Iberian Peninsula.

The discovery of camps of different sizes – used for training and shelter – has allowed experts to map how soldiers attacked indigenous groups from different directions and to learn more about the footprint of the Roman military presence in the northern fringe of the River Duero basin — the León, Palencia, Burgos and Cantabria provinces.

Experts analysed aerial photography and satellite images, created three-dimensional models of the terrain from LiDAR data and used drones to create detailed maps of the sites. This included resources from the Spanish National Geographic Institute (IGN) and geoportals such as Google Earth or Bing Maps. Pinpointing locations allowed fieldwork to then take place.

These temporary occupations usually left fragile and subtle traces on the surface. The ditches or the earth and stone ramparts protecting these fortifications have been filled in and flattened. Combining different remote sensing images and fieldwork shows the perimeter shape of the temporary Roman military camps, often a rectangle like a playing card.

These new sites are located at the foothills of the Cantabrian Mountains, where the conflict between Romans and natives was focused at the end of the 1st century BC. This suggests soldiers crossed between lowlands and uplands, using ridges in the mountains to stay out of site and give themselves more protection.

The fact there were so many army camps in the region shows the immense logistical support which allowed soldiers to conquer the area. Sites were used to aid movement to remote locations and to help soldiers stay in the area over the cold winter months. Some of the camps may have housed soldiers for weeks or months, and overs overnight.

The aim of the occupation was to expand the empire and to be able to exploit natural resources such as tin and gold.

Dr Fonte said: “We have identified so many sites because we used different types of remote sensing. Airborne laser scanning gave good results for some sites in more remote places because it showed earthworks really well. Aerial photography worked better in lowland areas for the detection of cropmarks.”

“The remains are of the temporary camps that the Roman army set up when moving through hostile territory or when carrying out manoeuveres around their permanent bases. They reveal the intense Roman activity at the entrance to the Cantabrian Mountains during the last phase of the Roman conquest of Hispania.”

There is an important concentration of 25 sites along the valleys of northern Palencia and Burgos, as well as southern Cantabria. In the province of León, as many as 41 sites have been documented in different valleys. These range from small forts of a few hundred square meters to large fortified enclosures of 15 hectares.

Most of these Roman military sites were located in close proximity of later important Roman towns. Sasamón, a village in Burgos that was probably where nearby the Emperor Augusto established his camp during his presence in the front.

The research will continue so experts can examine the relationships the Romans established with indigenous communities, named Vaccaei, Turmogi, Cantabri, Astures and Callaeci, according to the Greek and Latin sources.

The team is currently developing a project to catalogue and document all the Roman camps in the province of León by means of drones, in order to gain a better understanding of their structures or the evolution of their state of conservation. Work is also continuing in Burgos and in Sasamón, including a study of the Cerro de Castarreño settlement and its conquest in the 1st century BC.