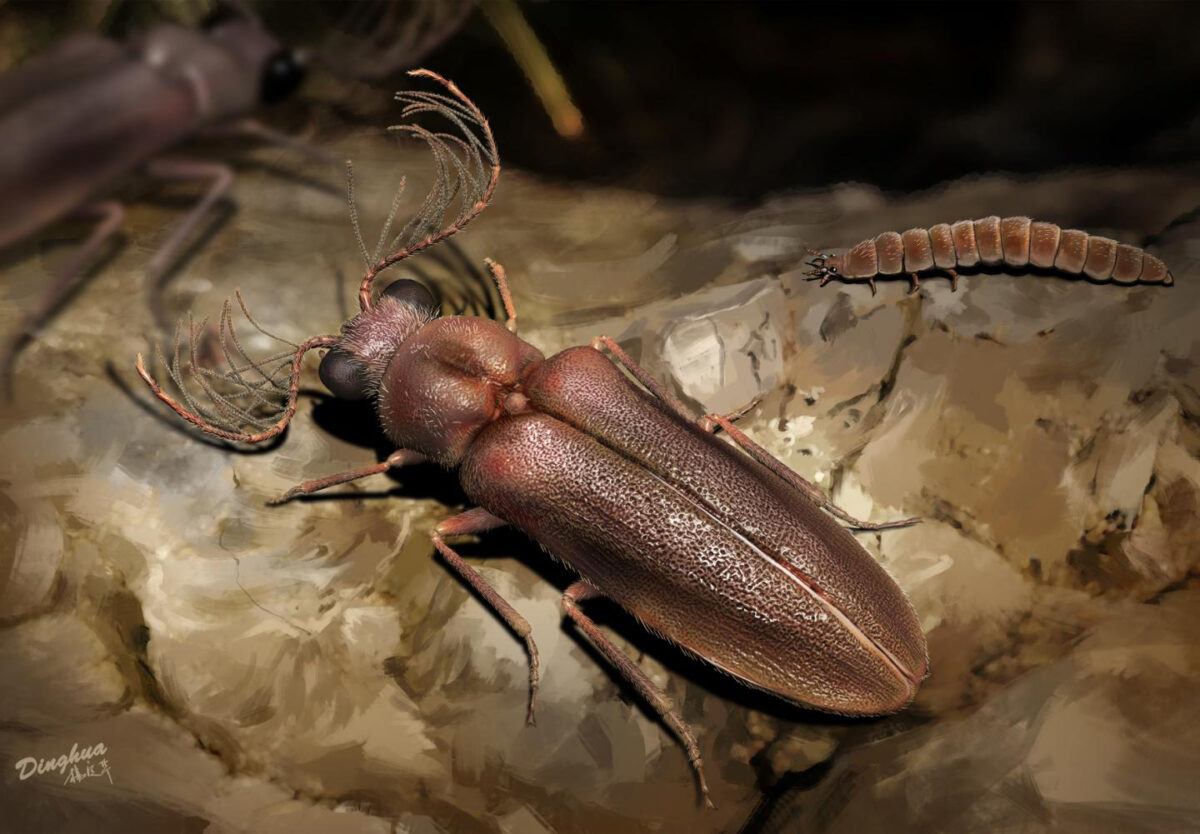 Research on the newly discovered family of Cretophengodidae

Bioluminescence has fascinated people since time immemorial. The majority of organisms able to produce their own light are beetles, specifically fireflies, glow-worm beetles, and their relatives.

While the chemistry that gives some insects the almost magical ability to glow is now reasonably well-appreciated, much less is known about how these signals evolved.

New research by a team of scientists led by the Nanjing Institute of Geology and Palaeontology of the Chinese Academy of Sciences (NIGPAS) has provided new insight on the evolution of this capacity. Their research focuses on the newly discovered family of Cretophengodidae, found in a Cretaceous amber fossil, which sheds light on bioluminescence in beetles. Their study was published in Proceedings of the Royal Society B on Jan. 20.

“The newly discovered fossil, preserved with lifelike fidelity in amber, represents an extinct relative of the fireflies and the smaller families Rhagophthalmidae and Phengodidae,” said palaeontologist and lead author LI Yanda, a scientist at NIGPAS and Peking University.

The amber from northern Myanmar is approximately 99 million years old, thus dating back to the golden age of the dinosaurs. “The new fossil is exceptionally well-preserved; even the light organ on its abdomen is intact,” said Dr. CAI Chenyang, associate professor at NIGPAS and research fellow at the University of Bristol.

“The fossil shows that some beetles were already producing light 99 million years ago, in the Cretaceous. We think that light production initially evolved in the beetle’s soft and vulnerable larvae as a defensive mechanism to ward off predators. It was later taken up by the adults as well and co-opted to serve other functions such as locating mates,” said Robin Kundrata, an expert on elateroid beetles from Palacký University in the Czech Republic.

With some 386,000 described species and maybe over a million more still waiting to be discovered, beetles are the most diverse group of animals. The majority of light-producing beetles fall into the giant superfamily Elateroidea, with some 24,000 species. It is one of the most heterogeneous groups of beetles and has always posed difficulties for entomologists, particularly because important anatomical innovations were independently acquired many times in unrelated families.

“The discovery of a new extinct elateroid beetle family is significant because it helps shed light on the evolution of this puzzling but fascinating group,” said Erik Tihelka from the School of Earth Sciences and a participant in this research.