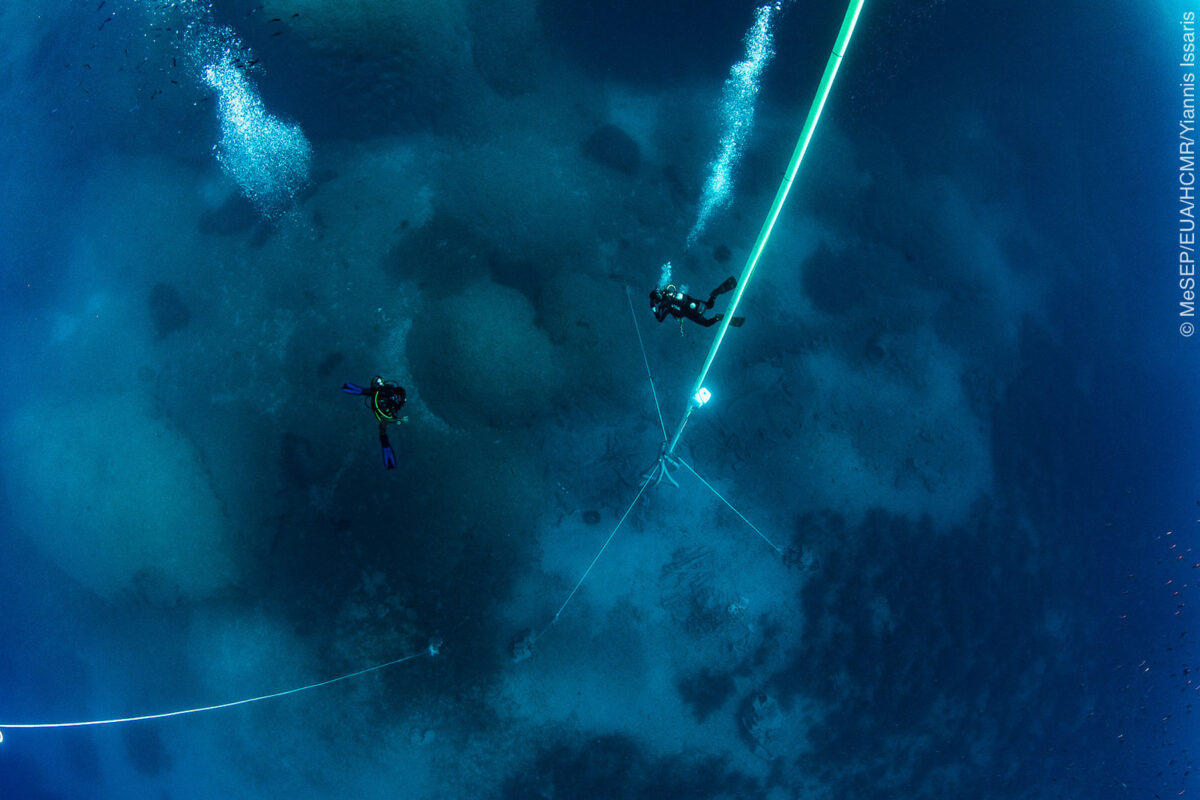 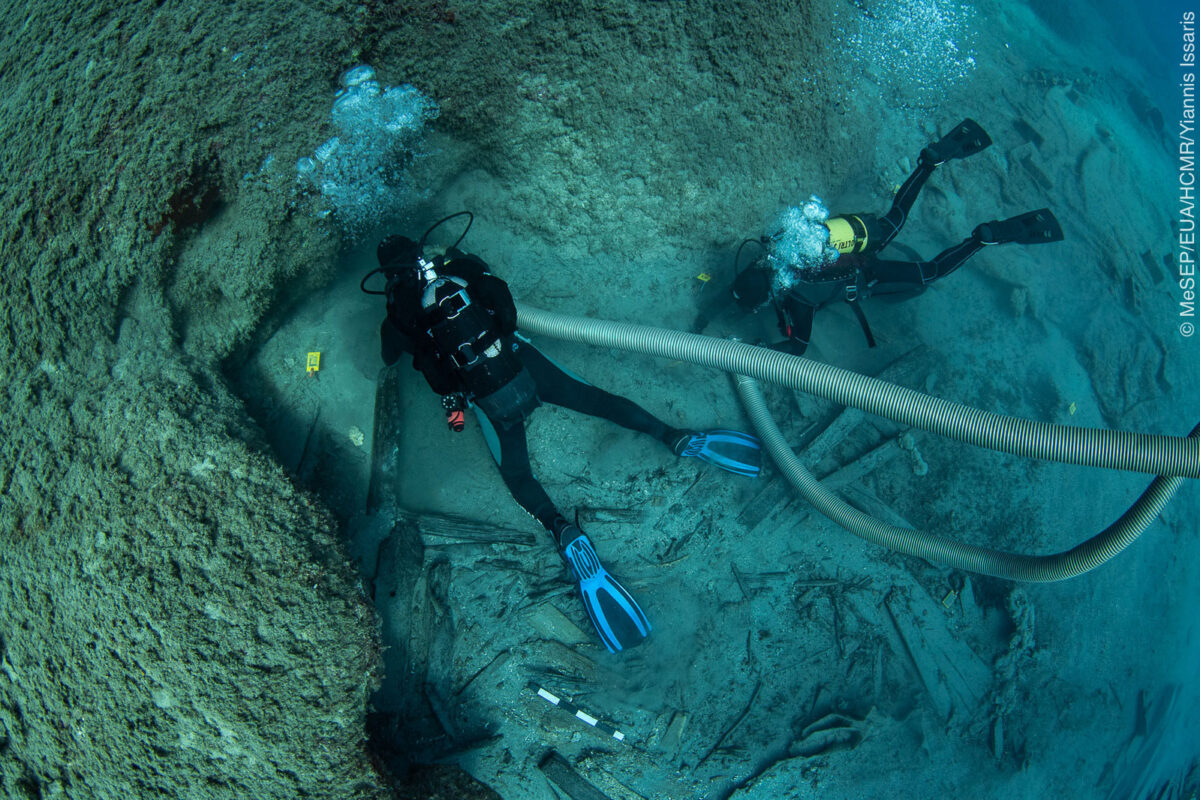 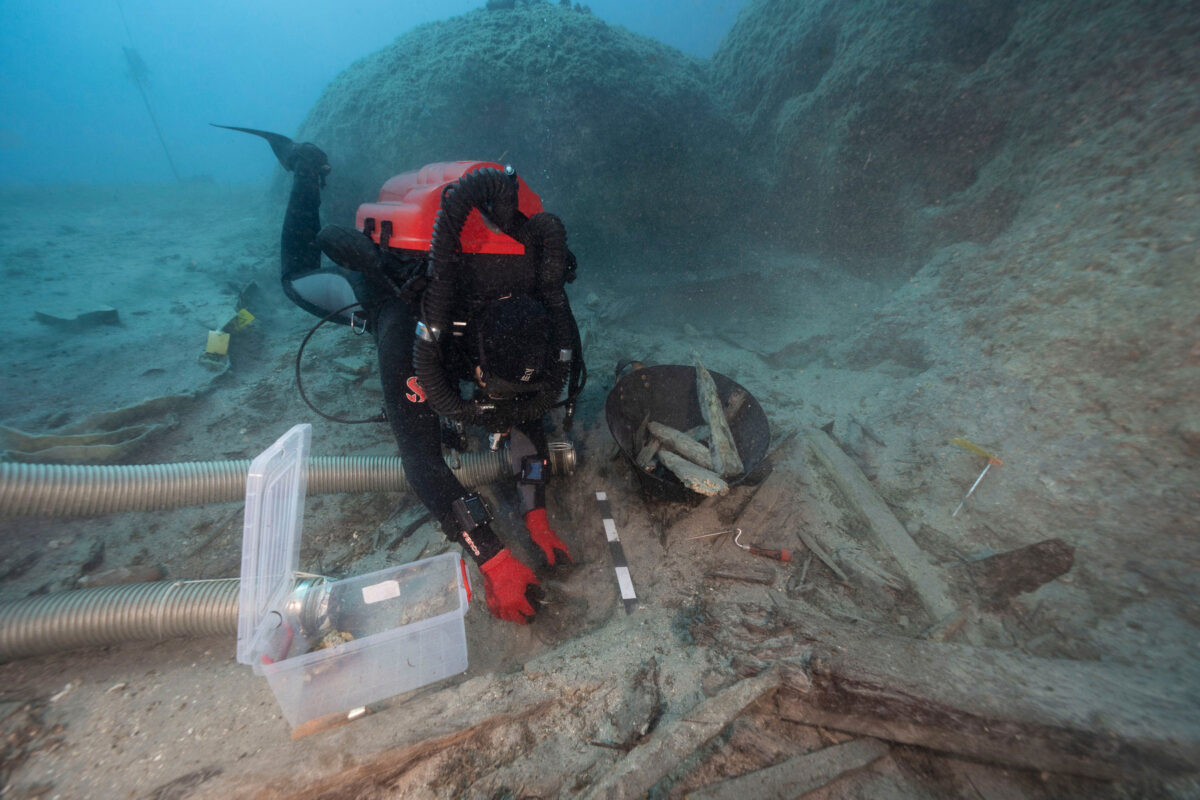 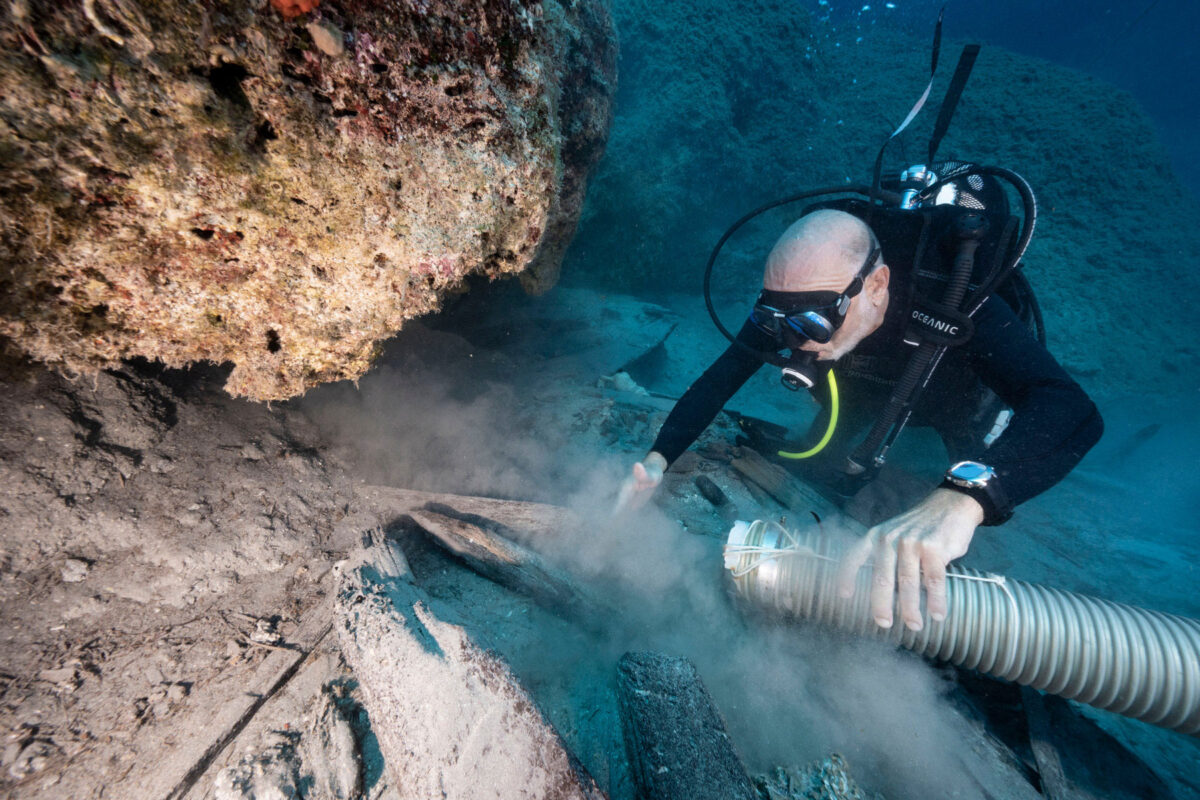 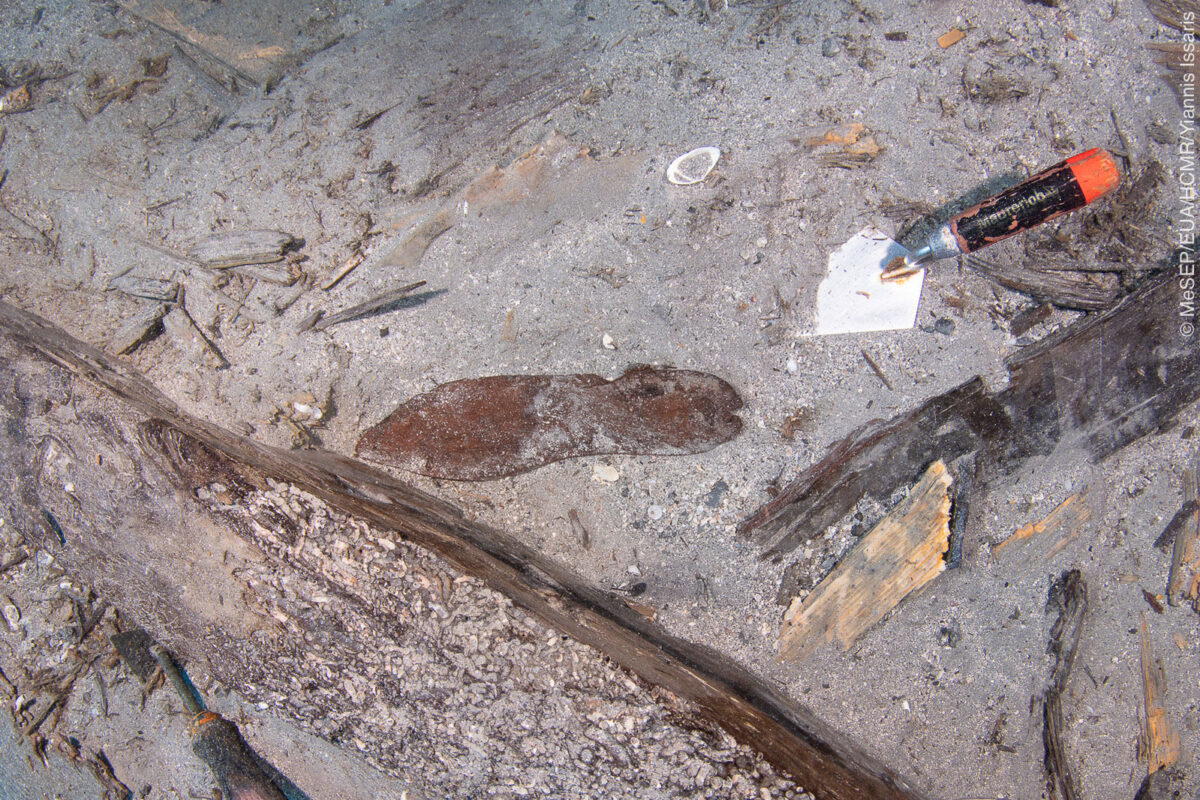 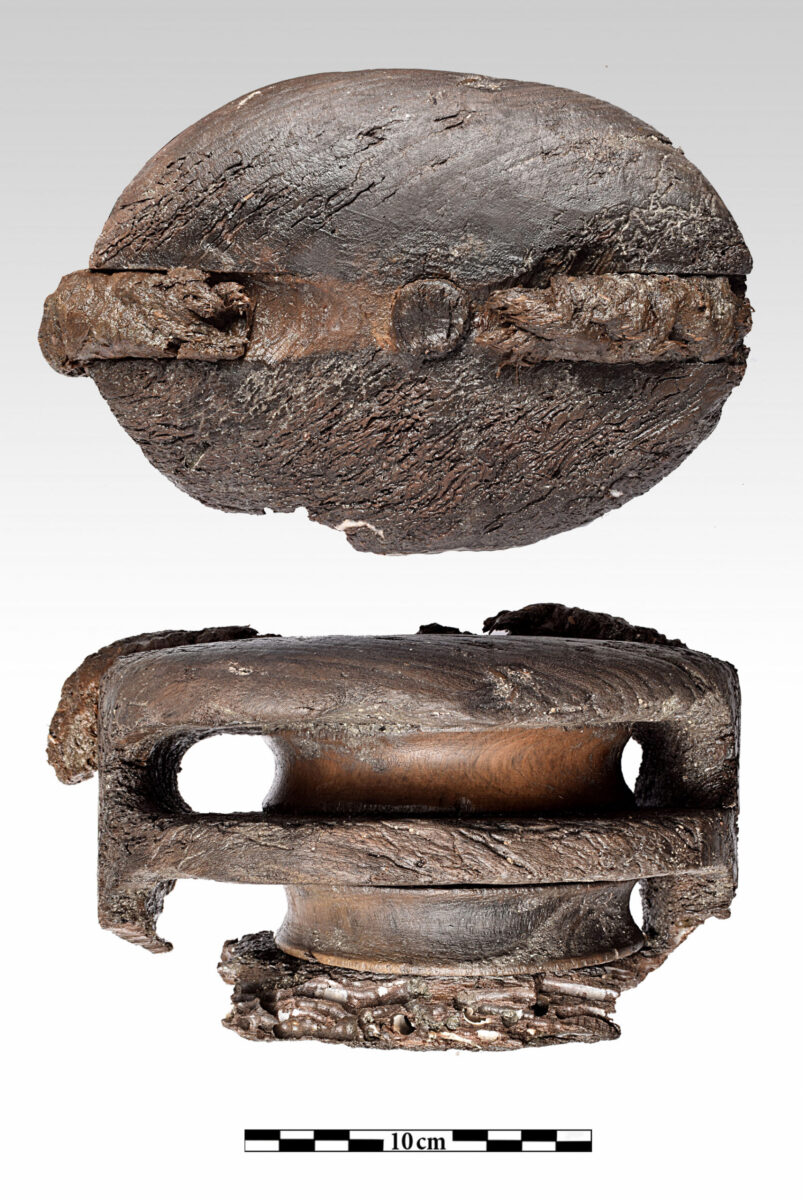 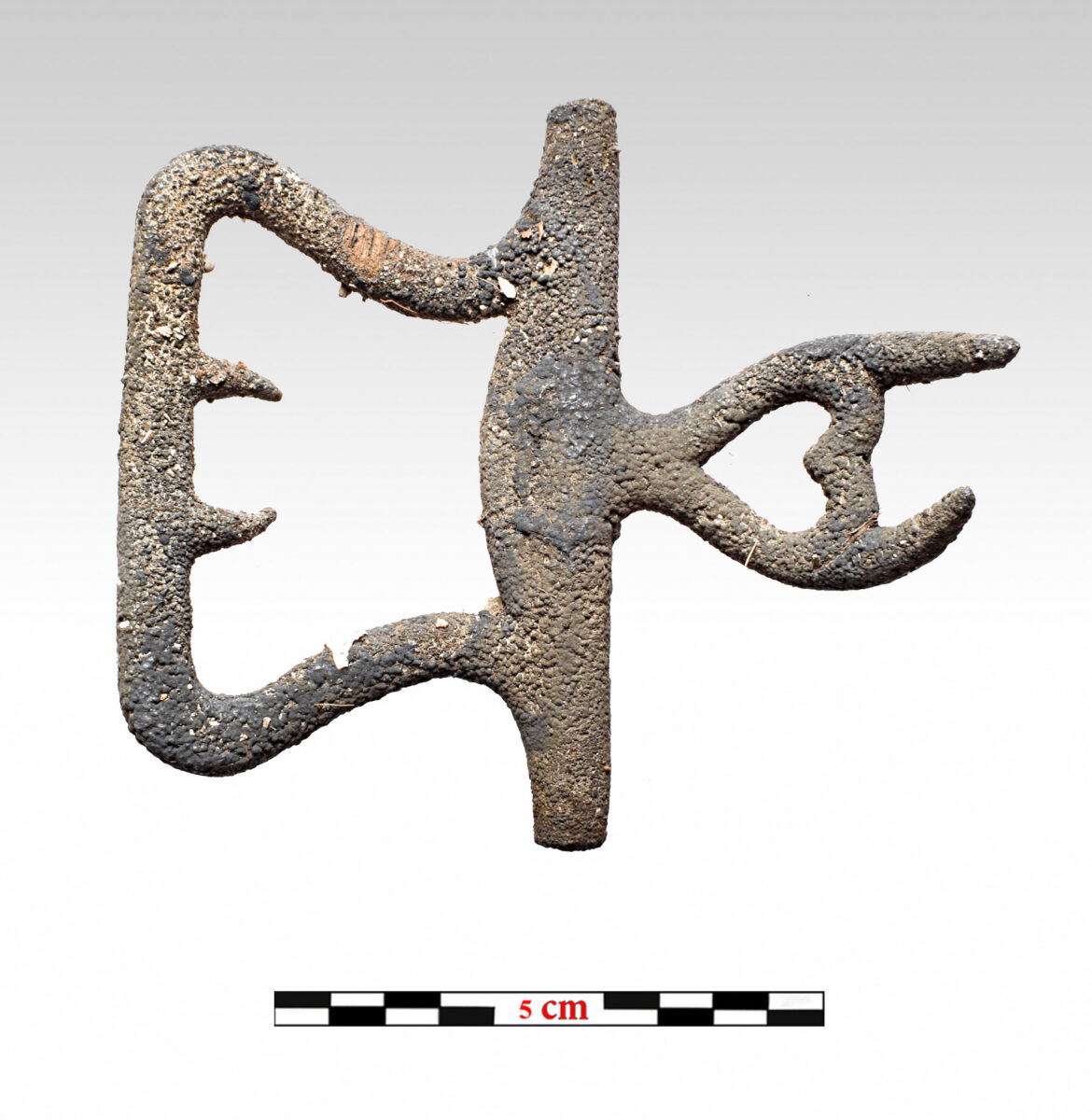 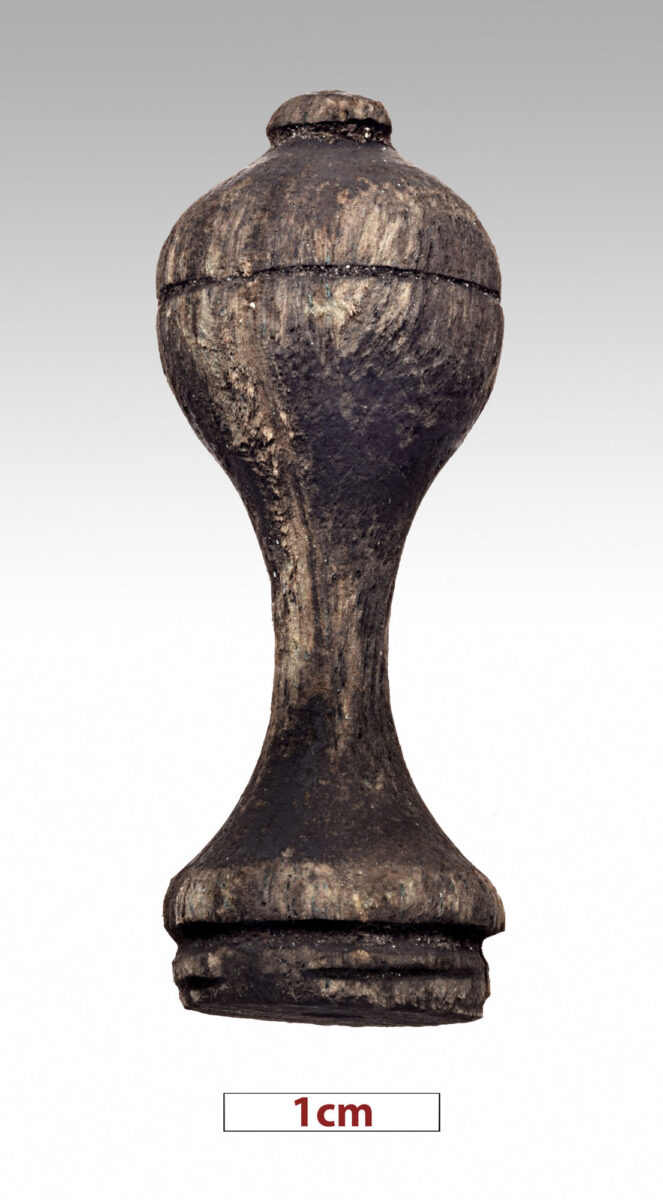 From 4 to 21 September 2020, the Ephorate of Underwater Antiquities carried out systematic underwater archaeological research off Kythira of the historic shipwreck “Mentor”, headed by archaeologist Dr. Dimitris Kourkoumelis. During this year’s research, the trench opened in 2019 at the western tip of the ship’s surviving hull continued being investigated and excavated. A lot of timber was discovered in the trench both from the ship’s hull, and parts of the frames. These parts were randomly scattered, evidence of the total destruction that took place at the shipwreck’s site both at the time of its sinking and during the subsequent shipwreck stages. The picture of the ship’s catastrophe was particularly unsettling, with parts of the frames found trapped under rocks, indicative of the intensity of the swell in the region caused mainly by south winds affecting the seabed at a great depth.

Found at the trench site, just as in the previous 2019 excavation season, was a significant number of wooden and metal objects mainly related to the rigging of one or two of the ship’s masts. Wooden blocks used to raise the main sail’s halyard up the mast, wooden blocks to prevent the coiling of ropes, wooden cleats for tying ropes, single or double pulleys of various sizes, some of which still retain parts of their mooring ropes (to date, 35 pulleys, intact or in pieces, have been hoisted up from the shipwreck, out of a total of 120 required for the rigging of a ship the size of the Mentor). All in all, results from the research confirm that the excavated site corresponds to that of one of the ship’s two masts (the Mentor being a two masted brigg) and probably that of the stern, since some of the wooden components are connected with the rigging of the mast’s halyard. Moreover, during this year’s research, it became possible to hoist up two sections of the ship’s frames and photograph them in 3D. The frames were not in their original position having been moved when the ship was shattered and after being photographed they were replaced in the trench.

The other movable finds that were hoisted were also particularly interesting. Parts of leather shoes and buckles were located for the first time, as well as items such as a small coin / token used mainly in card games. It is known from the testimonies of both crew and passengers that during the accident they lost all personal belongings, including their clothes. This has been confirmed by the findings of this year’s excavation. In addition to the above, various other small items were hoisted up, such as two chess pieces (in previous years another six had been found, probably from the same set), coins and fragments of cooking utensils.