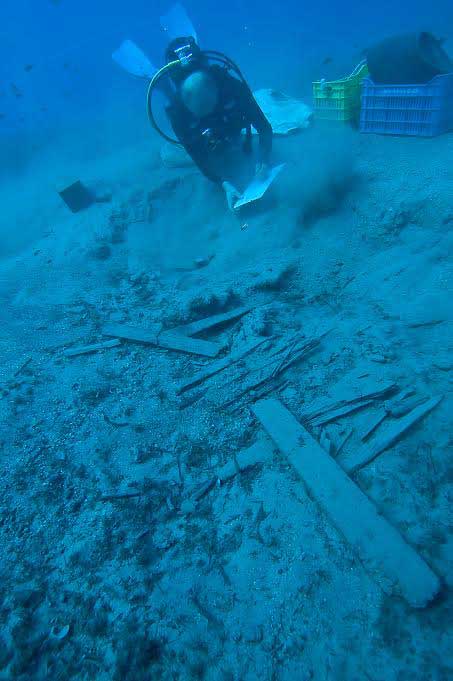 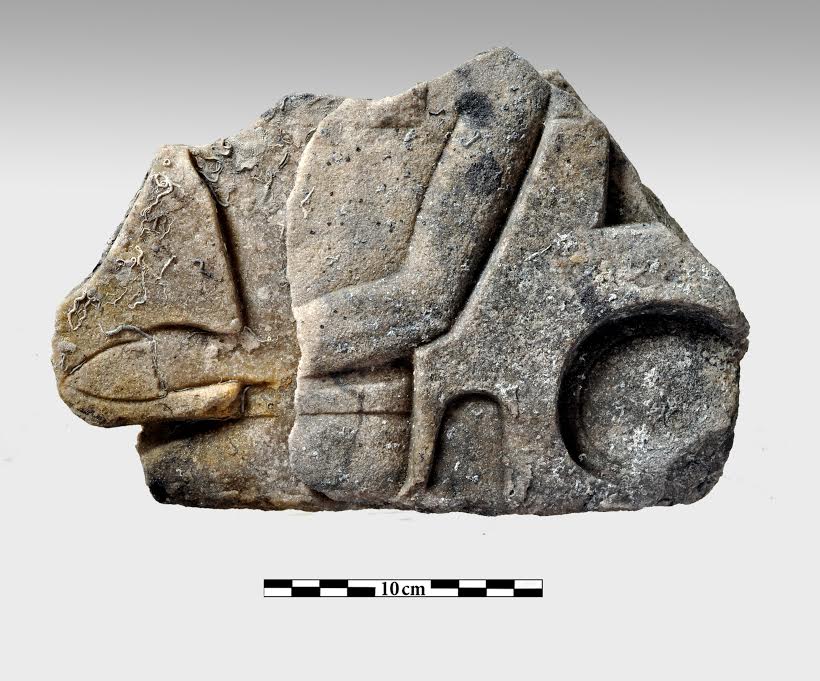 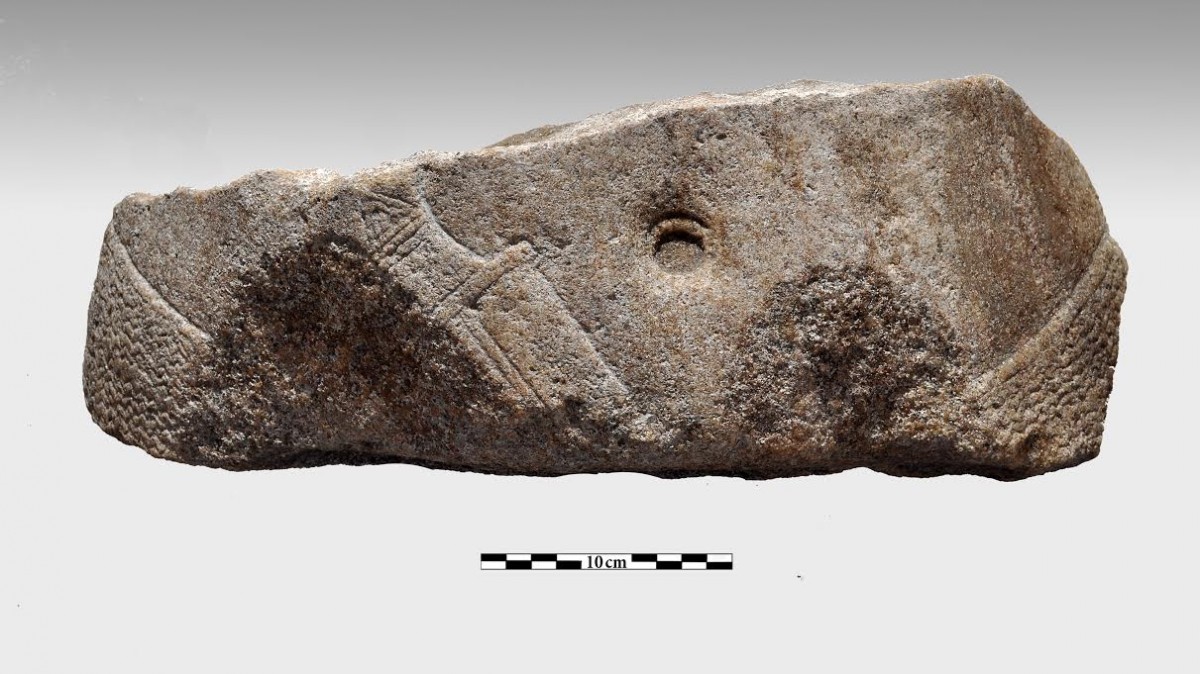 New finds from the Mentor shipwreck

On July 6, 2013, this year’s excavation season at the Mentor shipwreck in Kythera has been completed, bringing to light significant findings.

Part of the brig’s stern has been investigated, where personal items of the passengers and the crew had already been found. This year another pistol, cannon shells and at least three wheels of a cannon’s gun-carriage have been discovered.

Researchers also surveyed the bow of the ship, in order to find out if any remains are still there, which has been confirmed (fig. 1).

Very significant among the finds are two adjoining fragments of a relief. Dimensions of fragment A are 15×16 cm, maximum thickness 7 cm, and of B 13×14 cm, maximum thickness 4 cm. Based on first indications, the relief seems to be of Egyptian origin. Fragment A depicts a figure seated on a throne or another kind of seat and holding the ankh (key of life or crux ansata) in its left hand. This is probably part of a monumental inscription which could be related to the god Ra. It possibly dates back to the New Kingdom era (1295-1069 BC). The second fragment, belonging to a Pharaonic relief, depicts part of the waist area of a figure, where the navel can be seen with a belt and a dagger. This fragment might also date back to the New Kingdom Era, namely to the Amarna period (1550-1292 BC).

The finds recovered are part of the cargo of Mentor, the famous Lord Elgin’s brig that sank off Kythera in 1802 carrying Parthenon Sculptures.

The surveys were supported by the Kytherian Research Groupand the Stavros Niarchos Foundation.

In the 2013 expedition following researchers of the Ephorate of Underwater Antiquities took part: