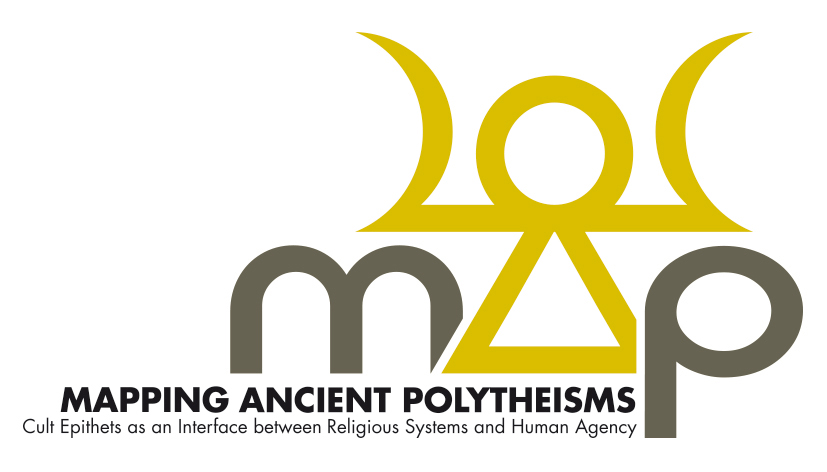 The DB MAP focuses on divine names, epithets and other onomastic attributes

As Principal Investigator of the project, Corinne Bonnet, Professor of Ancient Greek History, leads a team of specialists in ancient religions, spatialisation, and digital humanities (especially web mapping and databases). The project should appeal / is aimed not only to the academic world / scholars but also to the general audience interested in understanding how ancient religions worked.

The DB MAP focuses on divine names, epithets and other onomastic attributes in Greek and West Semitic epigraphic sources, from 1000 BCE to 400 CE. For the time being, the available data (recorded, checked and validated) mainly cover the Near East, Cyprus, Egypt and Cyrenaica, North Africa, the Iberian Peninsula, Sicily and Malta. Other inscriptions will soon be registered and validated (Attica, Aegean Sea…), which means that the Database is intended to be constantly enriched.

On its home page, there is precise information on the validated contents, by geographical areas, through the tab “Corpus counting state”.

In the accessible Database, several thousand sources, testimonies and onomastic elements are and will be available to users, according to the data recording structure and the choices we have made, which are presented here: https://hal.archives-ouvertes.fr/MAP-ERC/hal-02555965v1.

In addition, there are almost 2000 bibliographical references and the possibility of generating query results in csv format, maps in various formats, a tool for analysing the structure of onomastic sequences, etc. Updates (especially concerning network analysis) are to be expected soon.