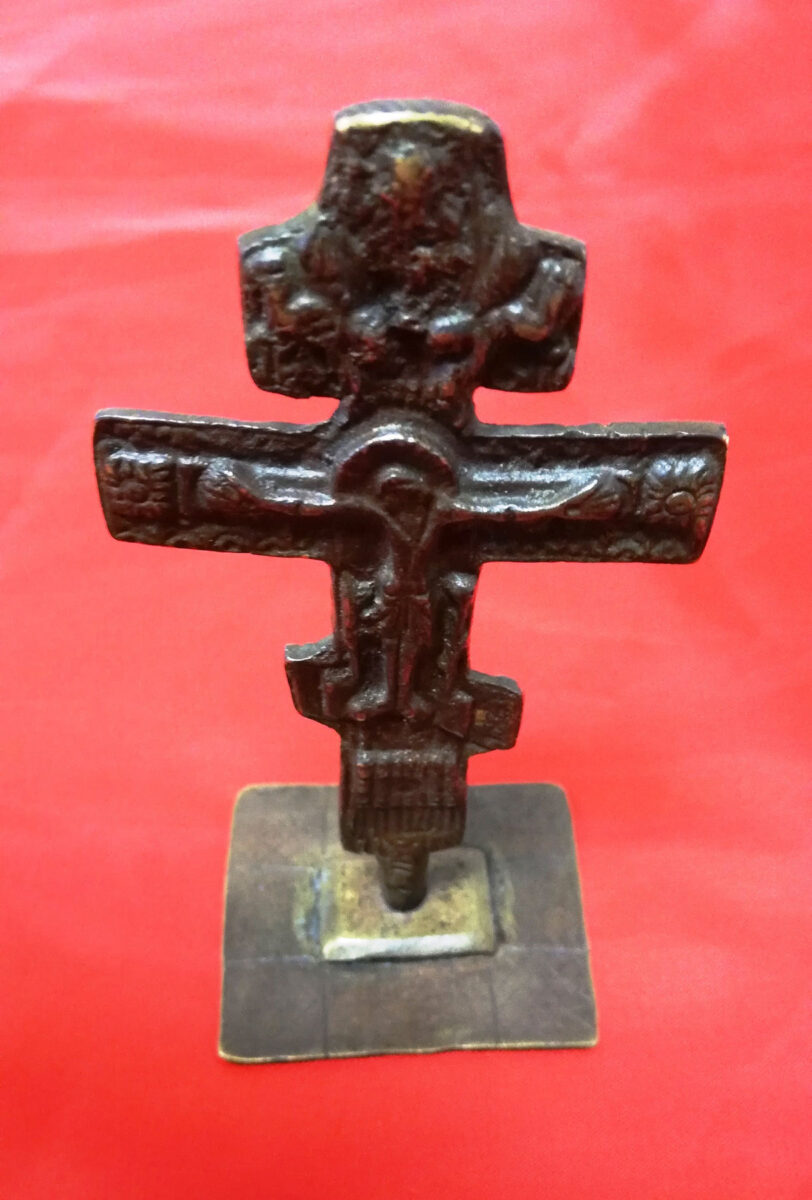 A 67-year-old man who was arrested by police officers of the Department of Cultural Heritage and Antiquities of the Thessaloniki Security Directorate, trying to sell a religious crucifix online.

The man arrested had posted an ad on the internet looking for a buyer for the bronze crucifix for the price of 120€. Following a police raid on the house of the 67-year-old in the Kato Toumpa district, the crucifix was confiscated.

According to the expert opinion of an archaeologist of the Antiquities Ephorate, the crucifix dates back to the second decade of the 19th century and falls under the protective provisions of the Law on the Protection of Antiquities and Cultural Heritage in general.

The 67-year-old was escorted to the Public Prosecutor’s Office in Thessaloniki.