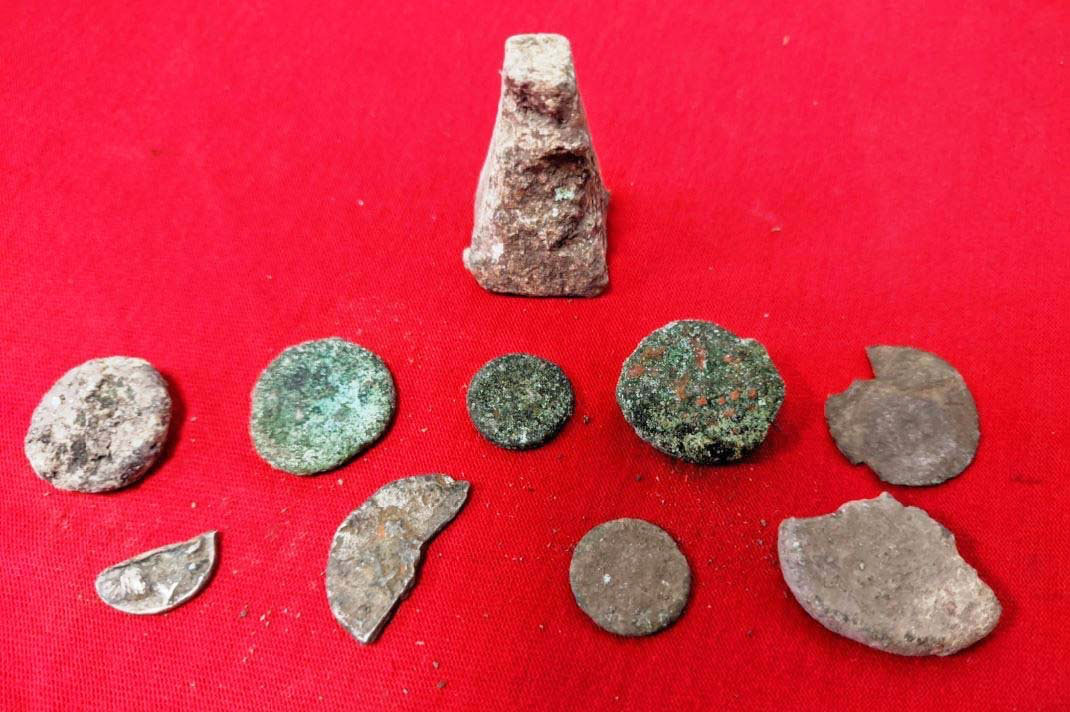 Arrest for illegal excavations in Amphipolis

A 68-year-old man has been accused of carrying out illegal excavations in the archaeological site of Amphipolis, Serres and was arrested on the spot by police officers, valuable ancient artefacts being found in his possession.

The Hellenic Police announced that the 68-year-old was caught on Sunday, February 21, a metal detector and spade in his hand, engaged in illegally excavating an area declared an archaeological site. The man’s alleged activities had already been investigated by police officers from the Department of Cultural Heritage and Antiquities of the Thessaloniki Security Directorate. After his arrest, searches were made on his person, his car and two houses; one in Thessaloniki and the other in Serres. Artefacts were found that fall under the protective provisions of the law for the protection of Antiquities and of Cultural Heritage in general, as confirmed by an archaeologist of the Serres Ephorate of Antiquities.

The following items were confiscated: a bronze coin of the Hellenistic era, a lead slingshot projectile with letters, a lead pilaster, eight lead spherical projectiles, five lead objects, two lead objects, two bronze objects, nine Hellenistic, Roman and Ottoman bronze coins, five of which were whole and four in pieces, as well as a lead pyramidal loom weight. Two metal detectors and an equal number of digging tools and headphones were also confiscated.

A case was filed against him for violating the Law on the Protection of Antiquities and Cultural Heritage in general and he has been taken to the prosecutor’s office of Serres.