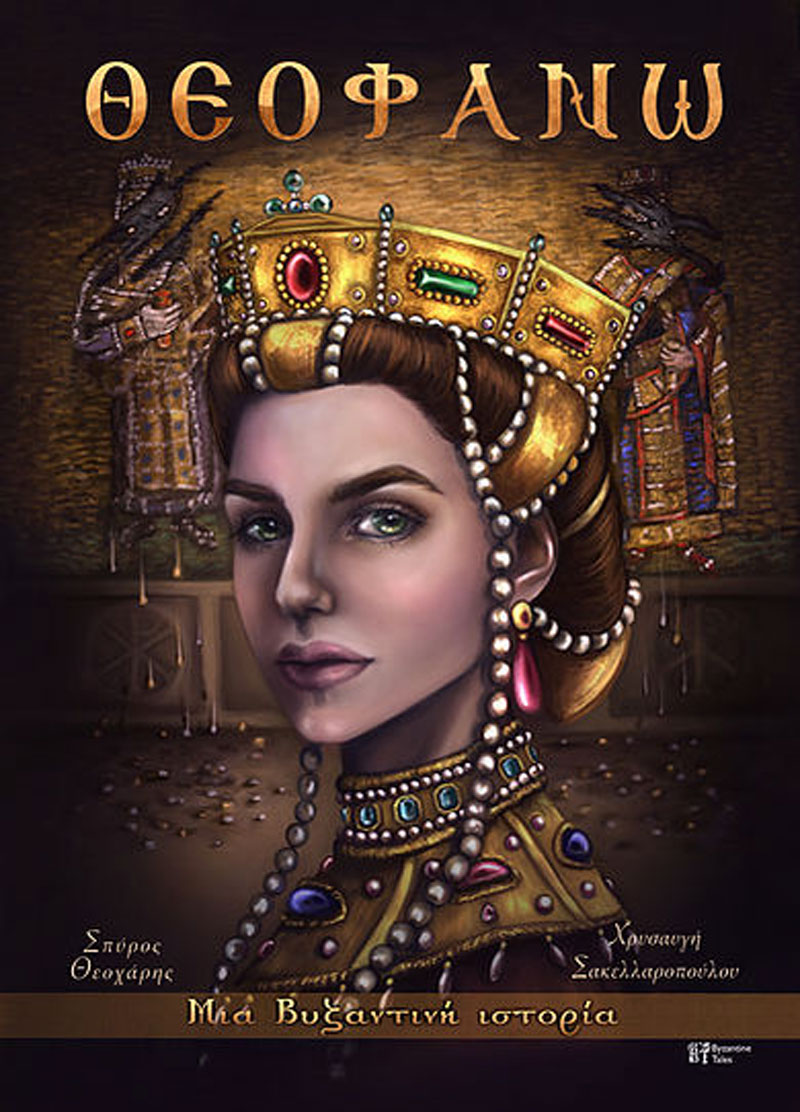 Byzantium reintroduces itself through a new historical graphic novel

Medieval Greece comes to life with lovely drawings and rich colours in a 136 pages long epic graphic novel. Theophano: A Byzantine story tells the life of an empress who seduced three emperors with her beauty and gave birth to two more, one of them being the famous Basil II, known as the Bulgar Slayer.

Theophano is the daughter of a tavern owner from Sparta. Using her beauty and dynamic personality as a weapon, she wins the heart of the son of the emperor Constantine VII Porphyrogenitus. The dream of every girl of this era becomes a reality for Theophano. However, her marriage to the heir to the throne is not the happy ending to this story. On the contrary, it is the beginning of a series of events that include conspiracies, intrigues and betrayals, against the backdrop of the throne of the Roman Emperor.

Theophano: A Byzantine story is based on real historical events. The plot features real life figures such as Generals Nikiforos Fokas and Ioannis Tsimiskis, who represent an emerging class of wealthy landowners aspiring to gain control of the empire, based on their military successes.

In addition to the generals, the seemingly harmless palace eunuchs also play a key role in history, competing with each other for as much influence as possible, each time supporting the faction that serves their interests.

The harsh reality of politics in the Byzantine era appears within the context of the “Macedonian Renaissance” of the arts and letters and the great prosperity and territorial expansion of Byzantium. Theophano will find herself at the center of all this and becomes obliged to fight for her survival and the protection of her children in a male-dominated environment.

The research behind the creation of a historical graphic novel

The creation of the illustrated novel required two years researching both primary sources and well-known works of Byzantine history. Apart from the historical side, extensive research was also conducted on design details about which not much information has survived.

In the illustrated novel, the reader will have the opportunity to see many interesting aspects of Byzantium that have not been portrayed in the past. For example: The famous throne of Solomon with the roaring bronze or wooden lions covered in gold leaf, the purple chamber where the future emperors are born, the famous church of the Holy Apostles that housed the imperial mausoleum, the coronation ceremony of the emperor, the emperor’s triumph ceremony, performances in the hippodrome,the tzykanion (the favorite sport of the nobles—something like today’s equestrian polo), the conversion of the Rus people to Christianity and much more.

Considerable research was also needed to depict existing buildings. An example is the Hagia Sophia, the interior of which at that time differed greatly from how one perceives the interior of a typical Orthodox church today.

The author Spyros Theocharis, a graduate of English literature, draws inspiration from his favourite pastime; reading history books. In addition to writing the texts, he undertook the research in primary sources for the story to be faithful to the historical events both as a text and visually.

The illustrator Chrysa Sakellaropoulou depicts a largely unknown world to the general public. Her characteristic style has emerged from her many years as a painter and she has undertaken the book’s overall artistic supervision; the cover design, book’s format and colours for the illustrations.

The purpose of the creators is to highlight one of the many interesting Byzantine stories of intrigue and medieval political competition. They themselves were inspired by the dozens of medieval fantasy productions that have become very popular in recent years. Their aim is to present a similar story that this time dates back to the Greek Middle Ages and at the same time to project various aspects of Byzantine history and culture that are either unknown or misunderstood by the average reader.

See more about the book here.