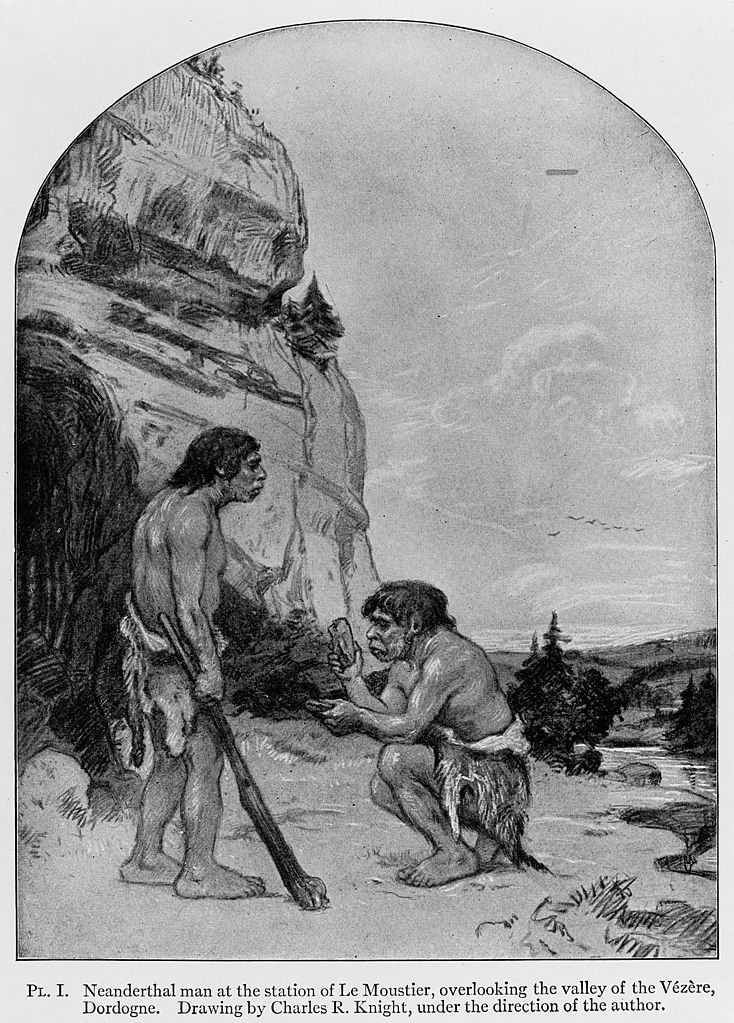 Shift in scientific consensus about demise of Neanderthals

It is still unclear how the Neanderthals died out. For long, one theory seemed most likely: the emergence of the highly intelligent Homo sapiens, or modern humans. This competition hypothesis is no longer the dominant theory among scientists, research among archaeologists and anthropologists has shown.

Think of Neanderthals and you’re likely to think of a bunch of savages, a kind of half-ape that pales in comparison with modern humans with their boundless intelligence and refined manners. This image is often linked to the demise of the Neanderthals: they had to die out when their brainy cousin Homo sapiens came on the scene.

But recent Leiden research published in Scientific Reports has shown that most experts – in Palaeolithic archaeology or anthropology – no longer believe this competition theory to be the most plausible explanation for the disappearance of the Neanderthals. Most scientists now think a demographic explanation is more likely. This is what the authors discovered after surveying 216 colleagues from the Netherlands and abroad.

‘To be honest the results surprised us,’ says Palaeolithic archaeologist Gerrit Dusseldorp, co-author of the article. ‘The competition hypothesis is deeply rooted in people’s minds – scientists too. We had expected there to be widespread support for this hypothesis, but that didn’t prove to be the case.’

Dusseldorp attributes the paradigm shift to recent findings that make the competition hypothesis seem less plausible. Previous Leiden research has shown that the ‘stupid’ Neanderthals made tar from birch bark and used this to glue spearheads to a spear. Not so dumb after all. And in February it was announced that Neanderthals had left cave paintings in Spain, when for a long time art had only been attributed to modern humans.

But what then is a plausible explanation for the demise of the Neanderthals? Most of the respondents think that the main cause is demographic factors. Dusseldorp: ‘Neanderthals lived in smaller groups than Homo sapiens, for example. Inbreeding and a lack of genetic variation may have played a role.’ In addition, some of the Neanderthals seem to have been subsumed into modern humans: you still find Neanderthal DNA in the human genome. A kind of genetic dilution therefore.

So how the Neanderthals died out is by no means a foregone conclusion. This is partly because there are relatively few material remains, which means the missing pieces are larger than those that have been found. But until there is more clarity, Dusseldorp has the following to say to his colleagues, press officers and science journalists: ‘Let’s stop viewing the competition thesis as the standard. I still read all too often about how Neanderthals were more intelligent than was thought, when most experts haven’t viewed this human species as dumb for a long time.’