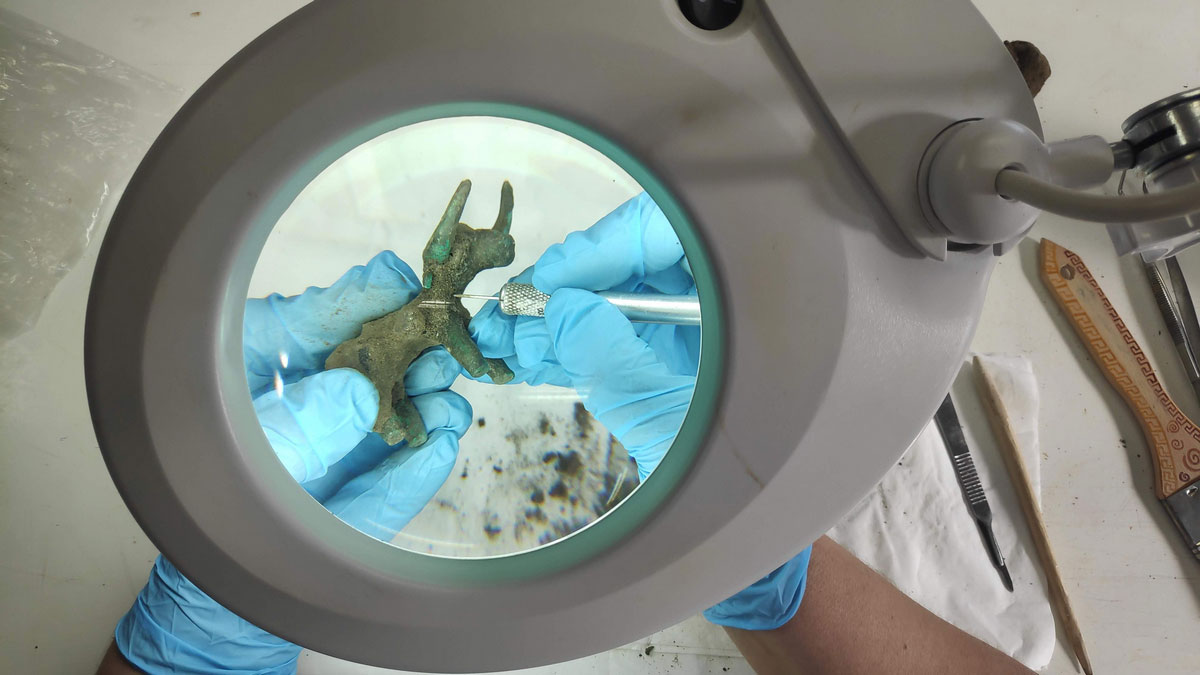 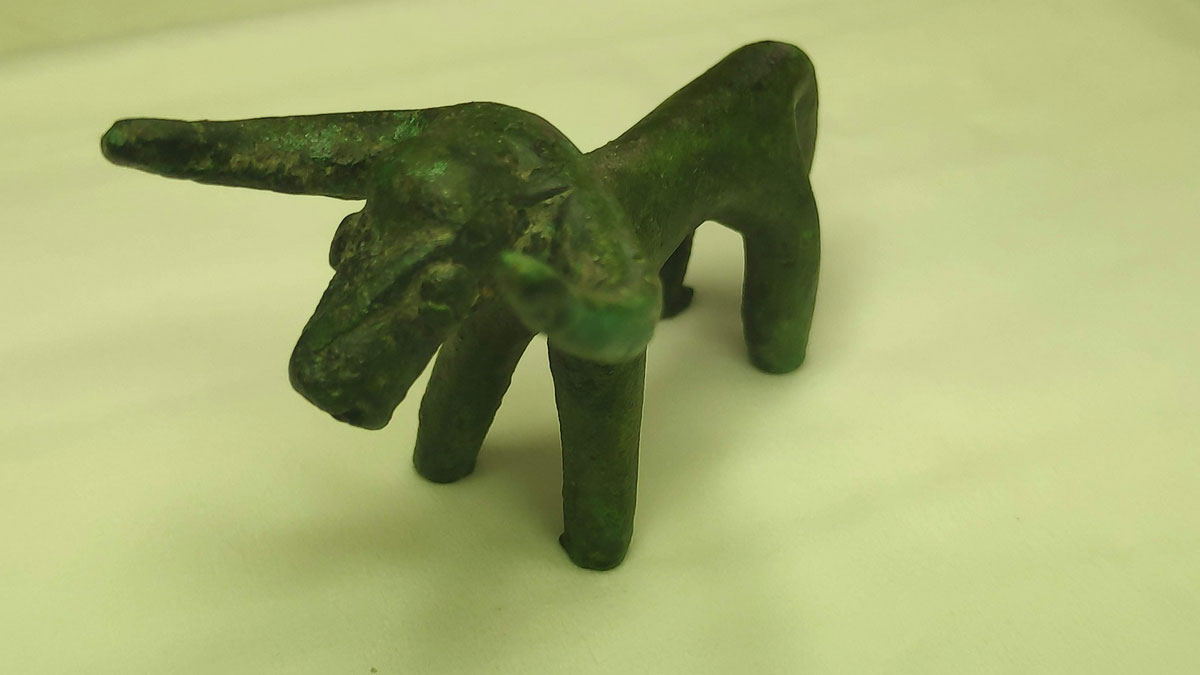 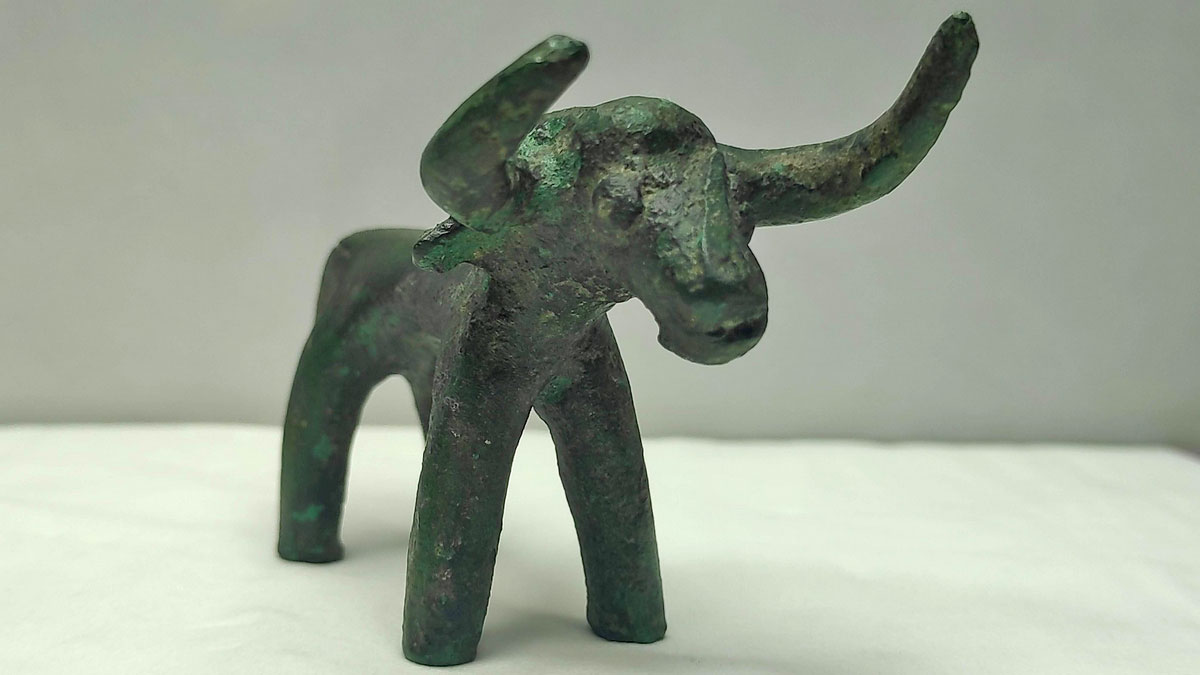 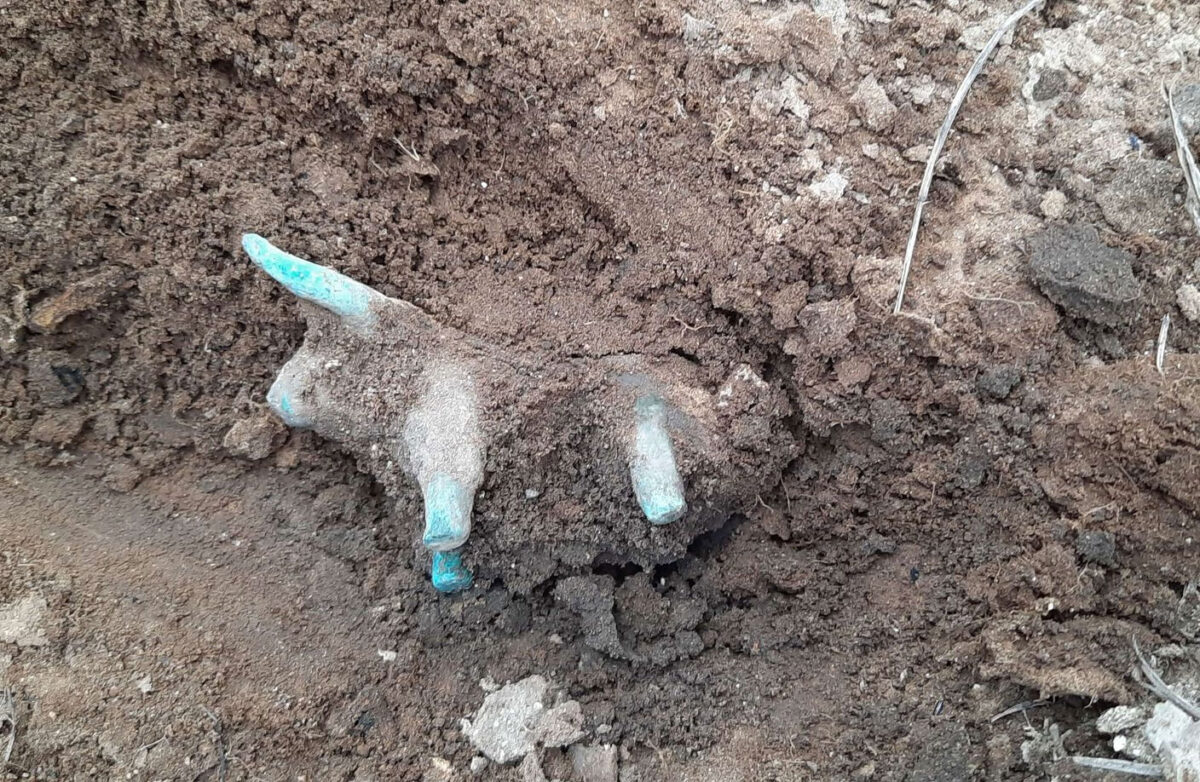 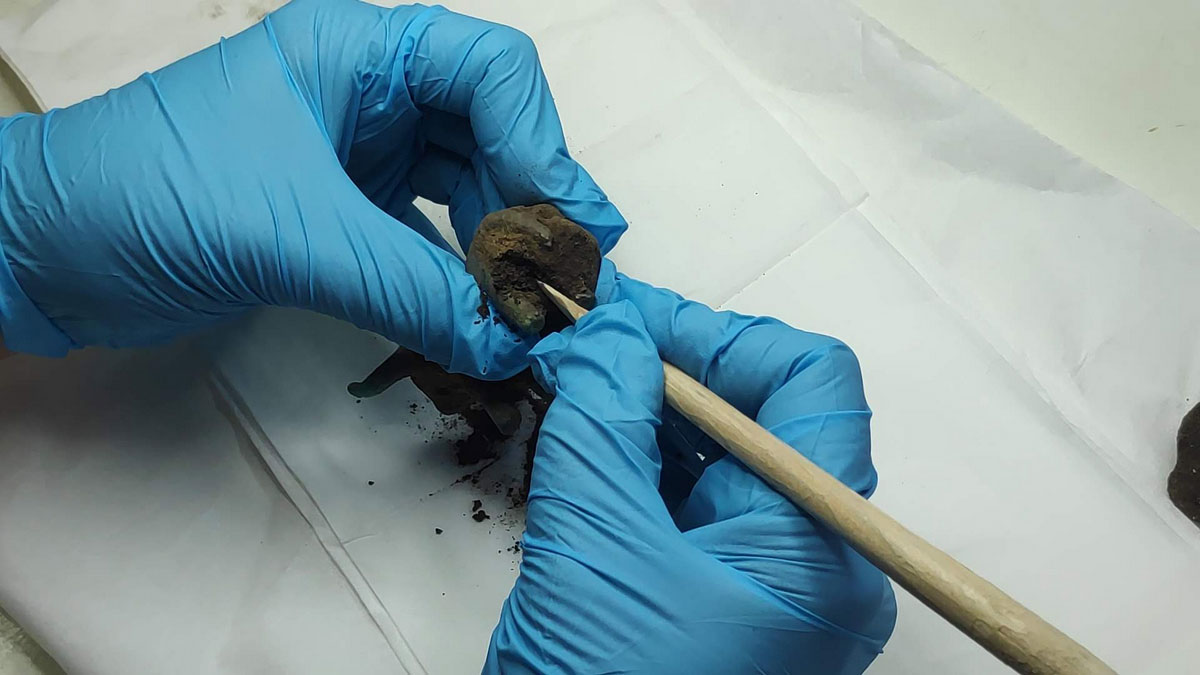 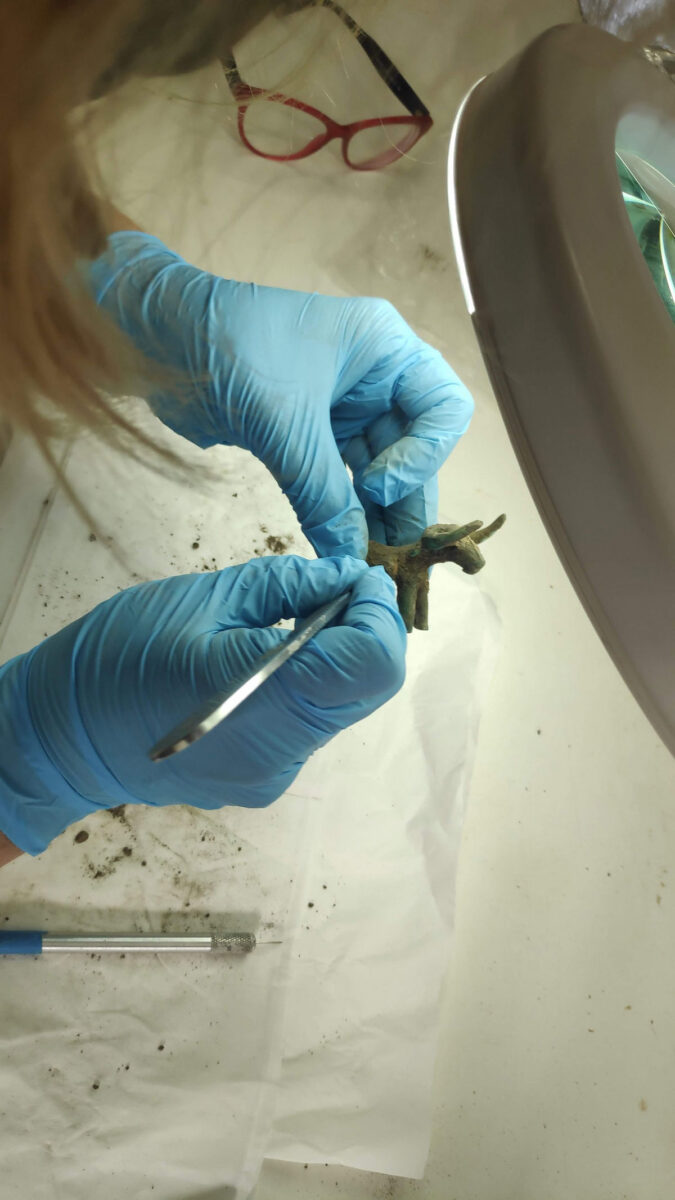 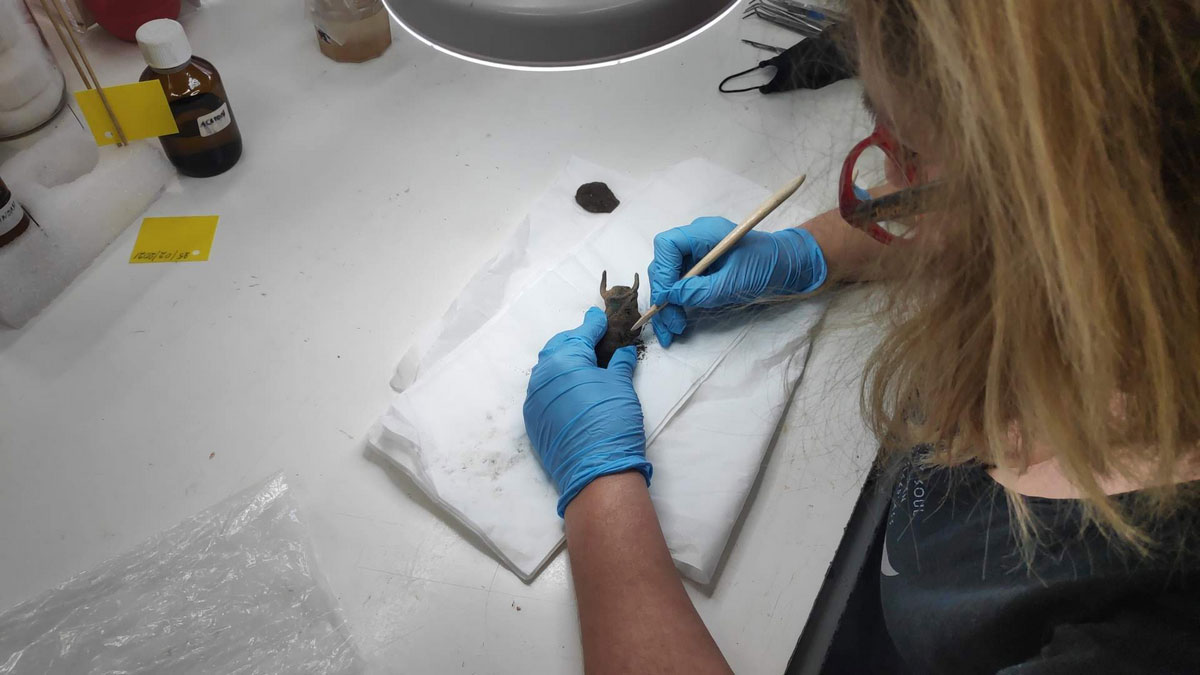 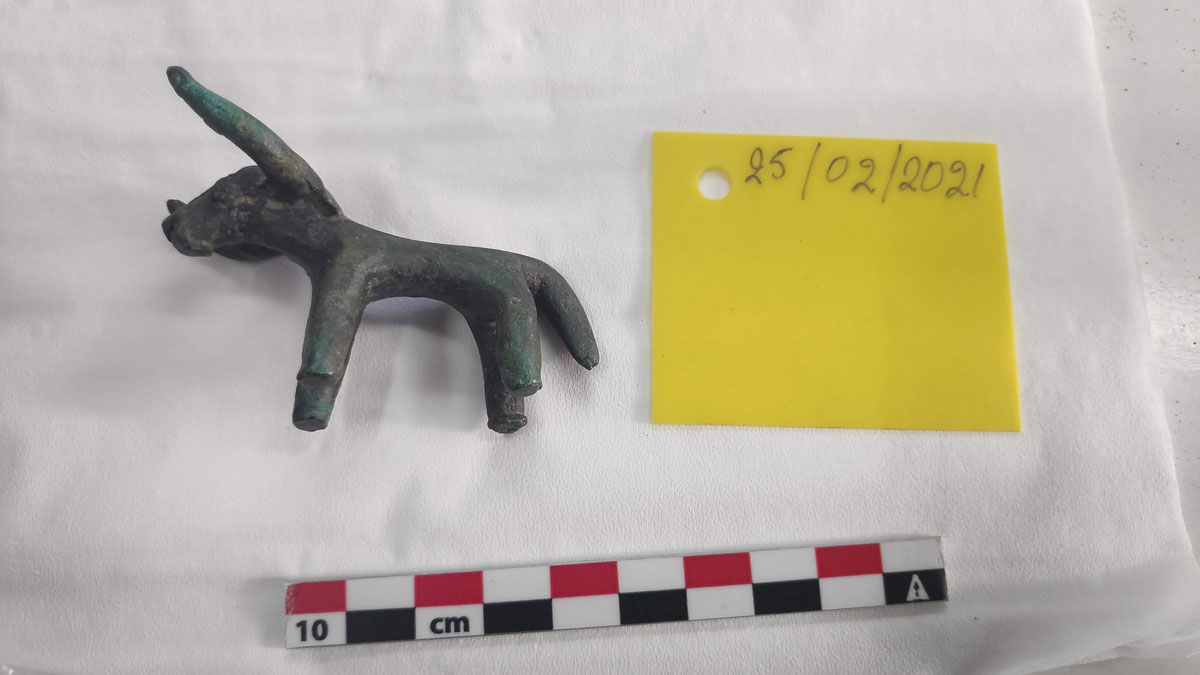 Accidentally, during an inspection of the site

A bronze bull statuette came to light in Olympia during an inspection carried out by a team of scientists made up of staff from Central Services of the Ministry of Culture and the Ephorate of Antiquities of Ilia.

Thanks to the observant archaeologist Zacharoula Leventouri, the small, intact statuette was found near the Temple of Zeus in the Holy Grove of Olympia, as one of its horns protruded from the soil after the recent, heavy rainfall. The statuette was removed immediately after its discovery and transferred to the workshop where it was taken care of by the conservators of the Ephorate of Antiquities of Ilia. In its now clean state it awaits archaeologists to study it thoroughly and classify it typologically and chronologically.

A first examination showed the well-made and perfectly preserved statuette of the bronze bull to be one of the thousands of votive offerings dedicated to Zeus in his great sanctuary of Olympia during the Geometric period (1050-700 BC). Up to modern times, the bull, like the horse, had played the most vital part in the survival and civilization of human kind. Thus it acquired a key role in the worship of the ancient gods, a favourite object which was dedicated by the faithful towards their, the gods’, appeasement, as a token of supplication or a sign of appreciation.

Like dozens of similar statuettes depicting animals or human figures, the bronze bull seems to have been offered by a believer during a sacrifice, as proved by evident traces of burning on the deposits and sediments removed while it was being cleaned. A large number of statuettes found in a thick layer of ash from the altar of Zeus spread across the entire area of the Altis, is exhibited in the second hall of the Archaeological Museum of Olympia and is indicative of the importance of the Sanctuary of Olympia as a Panhellenic center.

See here a related video made by the Ilia Ephorate of Antiquities showing the discovery and conservation of the bronze bull statuette.