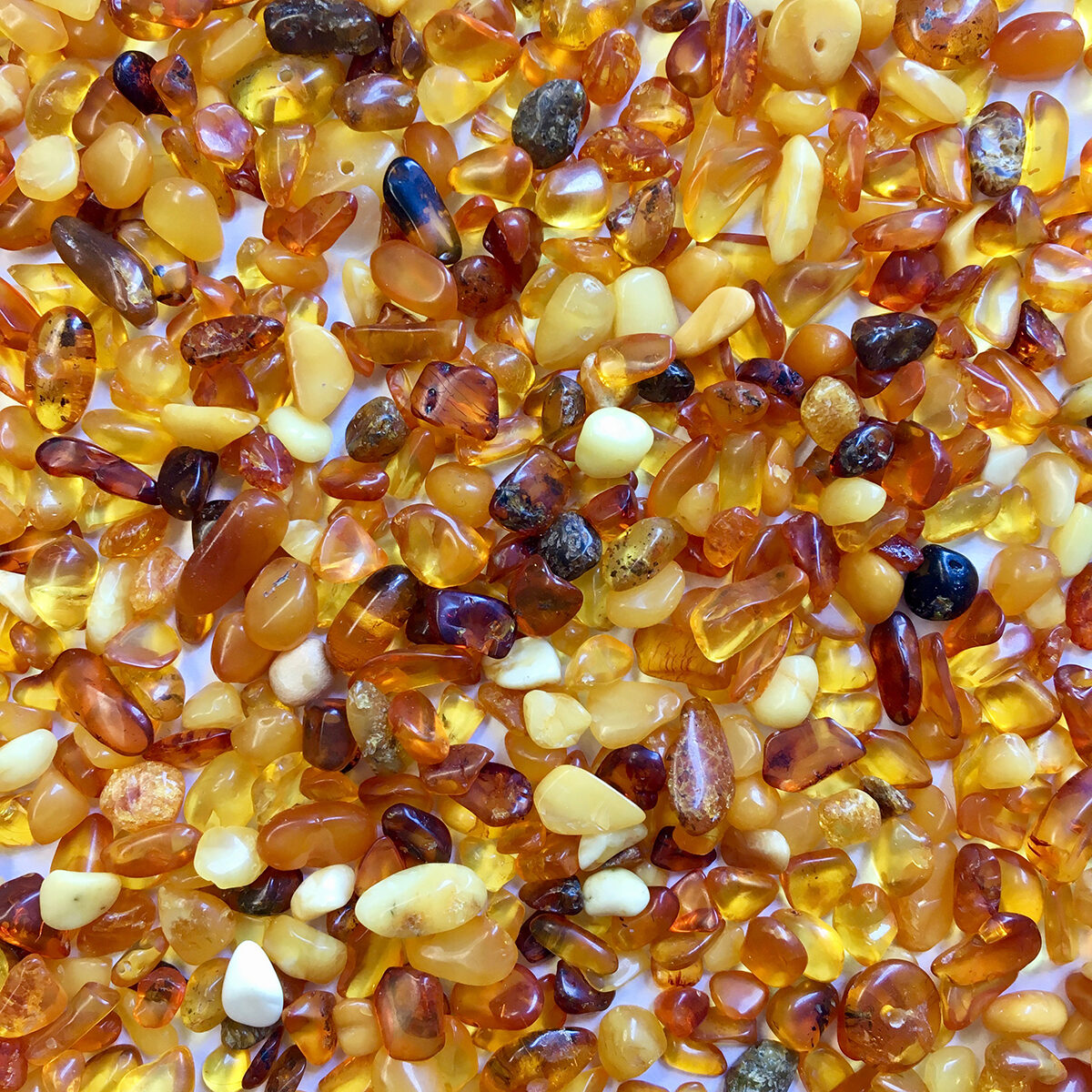 Baltic amber as a potential source of new antibiotics

For centuries, people in Baltic nations have used ancient amber for medicinal purposes. Even today, infants are given amber necklaces that they chew to relieve teething pain, and people put pulverized amber in elixirs and ointments for its purported anti-inflammatory and anti-infective properties. Now, scientists have pinpointed compounds that help explain Baltic amber’s therapeutic effects and that could lead to new medicines to combat antibiotic-resistant infections.

Each year in the U.S., at least 2.8 million people get antibiotic-resistant infections, leading to 35,000 deaths, according to the U.S. Centers for Disease Control and Prevention. “We knew from previous research that there were substances in Baltic amber that might lead to new antibiotics, but they had not been systematically explored,” says Elizabeth Ambrose, Ph.D., who is the principal investigator of the project. “We have now extracted and identified several compounds in Baltic amber that show activity against gram-positive, antibiotic-resistant bacteria.”

The researchers have presented their results on Monday, April 5, at the spring meeting of the American Chemical Society (ACS). ACS Spring 2021 is being held online April 5-30. Live sessions will be hosted April 5-16, and on-demand and networking content will continue through April 30. The meeting features nearly 9,000 presentations on a wide range of science topics.

Ambrose’s interest originally stemmed from her Baltic heritage. While visiting family in Lithuania, she collected amber samples and heard stories about their medicinal uses. The Baltic Sea region contains the world’s largest deposit of the material, which is fossilized resin formed about 44 million years ago. The resin oozed from now-extinct pines in the Sciadopityaceae family and acted as a defense against microorganisms such as bacteria and fungi, as well as herbivorous insects that would become trapped in the resin.

Ambrose and graduate student Connor McDermott, who are at the University of Minnesota, analyzed commercially available Baltic amber samples, in addition to some that Ambrose had collected. “One major challenge was preparing a homogeneous fine powder from the amber pebbles that could be extracted with solvents,” McDermott explains. He used a tabletop jar rolling mill, in which the jar is filled with ceramic beads and amber pebbles and rotated on its side. Through trial and error, he determined the correct ratio of beads to pebbles to yield a semi-fine powder. Then, using various combinations of solvents and techniques, he filtered, concentrated and analyzed the amber powder extracts by gas chromatography-mass spectrometry (GC-MS).

Dozens of compounds were identified from the GC-MS spectra. The most interesting were abietic acid, dehydroabietic acid and palustric acid — 20-carbon, three-ringed organic compounds with known biological activity. Because these compounds are difficult to purify, the researchers bought pure samples and sent them to a company that tested their activity against nine bacterial species, some of which are known to be antibiotic resistant.

“The most important finding is that these compounds are active against gram-positive bacteria, such as certain Staphylococcus aureus strains, but not gram-negative bacteria,” McDermott says. Gram-positive bacteria have a less complex cell wall than gram-negative bacteria. “This implies that the composition of the bacterial membrane is important for the activity of the compounds,” he says. McDermott also obtained a Japanese umbrella pine, the closest living species to the trees that produced the resin that became Baltic amber. He extracted resin from the needles and stem and identified sclarene, a molecule present in the extracts that could theoretically undergo chemical transformations to produce the bioactive compounds the researchers found in Baltic amber samples.

“We are excited to move forward with these results,” Ambrose says. “Abietic acids and their derivatives are potentially an untapped source of new medicines, especially for treating infections caused by gram-positive bacteria, which are increasingly becoming resistant to known antibiotics.”

The researchers acknowledge support and funding from the University of Minnesota Engebretson Drug Design and Development Grant and the Office of the Vice President for Research Grant-in-Aid of Research, Artistry, and Scholarship Program.