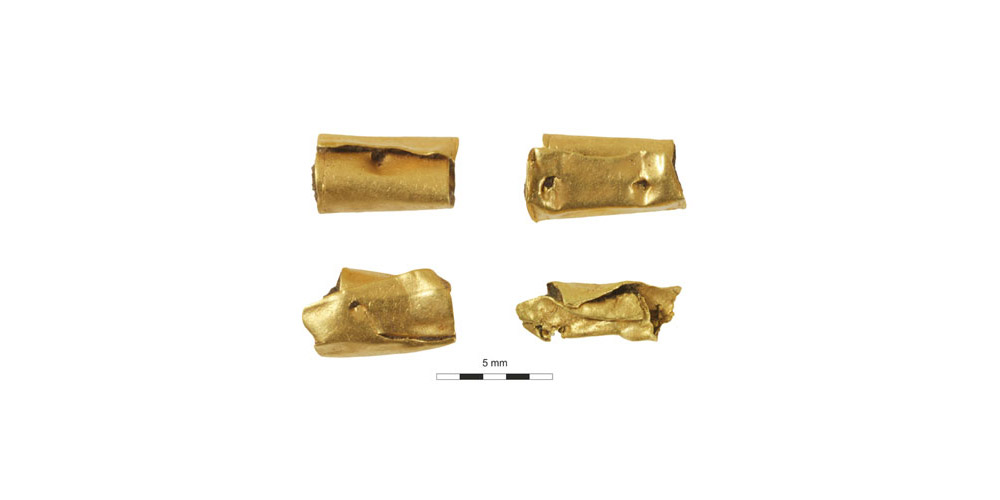 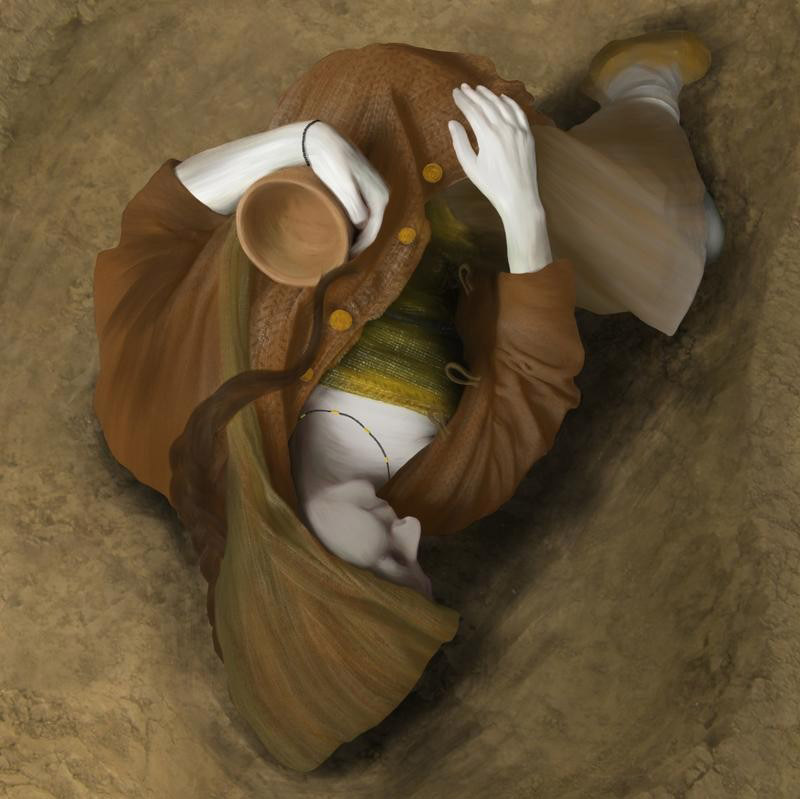 A Copper Age queen or princess?

The 4,400 year old body of an upper class woman alongside the golden jewellery accompanying her in the afterlife were found by British archaeologists digging near the Royal Borrough, Windsor, England. The discovery had taken place 18 months ago but the formal announcement came only recently, as the bones’ initial analysis has been completed.

According to the excavating team, headed by Gareth Chaffey of Wessex Archaeology, the burial represents the earliest example demonstrating such richness known to date. The lady, who died around the age of 40, was buried head-to-the-south, wearing a necklace of folded sheet gold, amber and lignite beads. Even the buttons, thought to have been used to secure the upper part of her now long-vanished burial garment, were made of amber. She also appears to have worn a bracelet of lignite beads. The body was also found holding a 25cm.-high ceramic beaker decorated with geometric patterns -probably as part of funerary rites.

Her burial is thought to have taken place around two centuries after the construction of Stonehenge, some 60 miles to the SW. It’s known that in southern Britain, during the Copper (Chalcolithic) Age, some high status men had gold possessions, but this is the first time archaeologists have found a woman of that period being accorded the same sort of material status. It is also of great importance that the precious materials were imported from miles away, but still from places in Britain: gold came from hundreds of miles to the west and amber from Britain’s North Sea coast.

Archaeologists also comment on the body’s direction, as the lady was pointing to the south. Men and women from the Stonehenge era were often interred in opposing directions – men’s heads pointing north and women’s heads pointing south. Europe-wide archaeological and anthropological research over recent years suggests that women may have been associated with the warm and sunny south, while mere men may have seen themselves as embodying the qualities of the colder harder north.

According to the director, Mr. Chaffey,  the lady “was probably an important person in her society, perhaps holding some standing which gave her access to prestigious, rare and exotic items. She could have been a leader, a person with power and authority, or possibly part of an elite family – perhaps a princess or queen”. The discovery is part of an ongoing excavation whichg started about 10 years ago and has yielded a number of impressive finds, including four early Neolithic houses, 40 Bronze Age burials, three Bronze Age farm complexes and several Iron Age settlements.