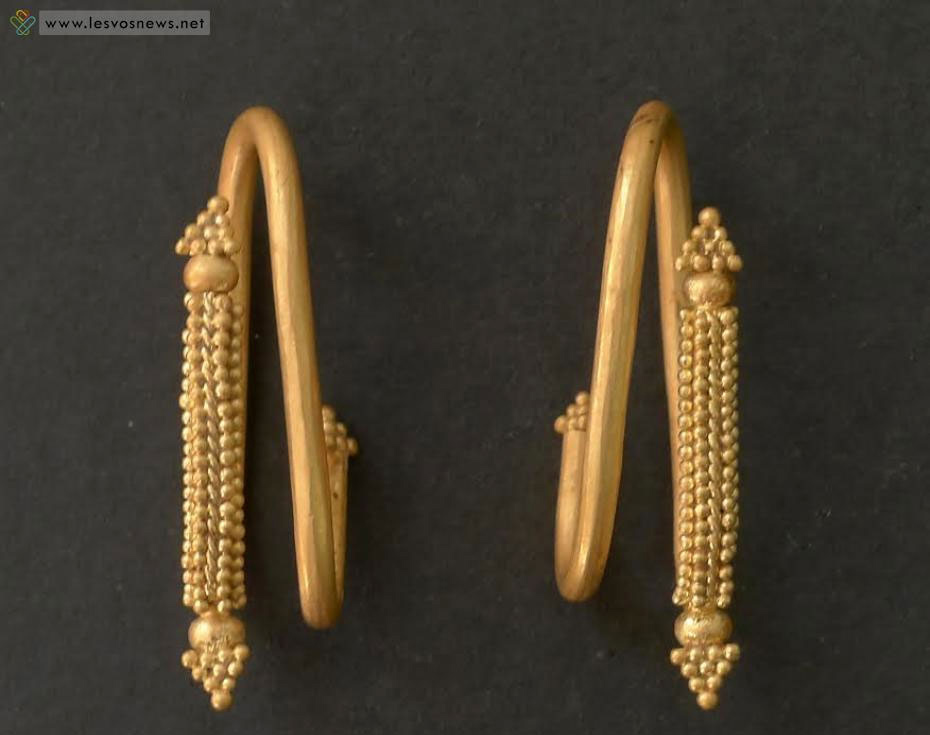 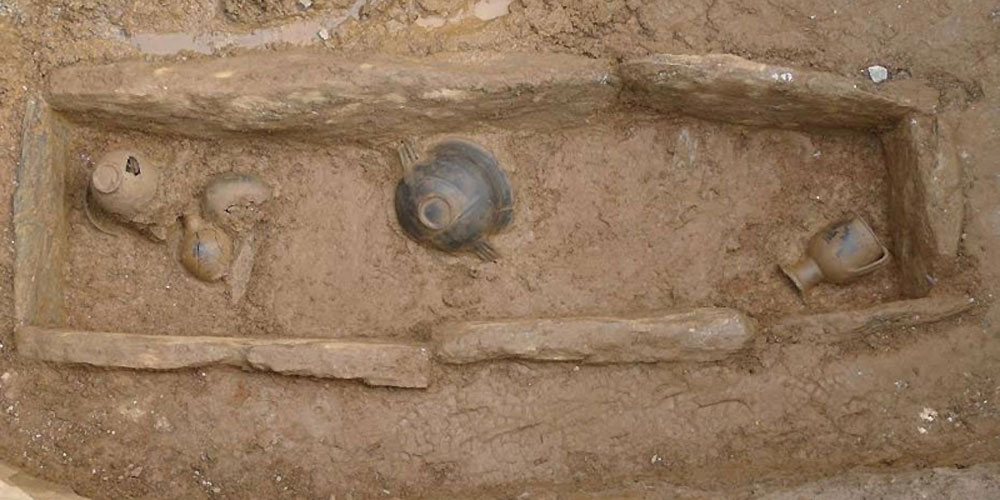 A Geometric period tomb was found in Lesvos

Contained an undisturbed burial accompanied with gold and bronze jewellery

A Geometric period tomb was found in Lesvos. The tomb, dating to the late 8th century BC, was found in the Greek island’s village of Ippeios during sewerage network construction works. The tomb was discovered near the village’s central area and at a depth of 1.50 m.

According to the Lesvos Ephorate of Antiquities, the tomb consists a unique and rare funerary ensemble; being the first tomb of this period excavated, it is important for the study of the island’s early history and archaeology. It is a cist grave, its built parts made of schist, bearing the undisturbed burial of probably a young woman found in supine position, dating around 750-700 BC.

The deceased was accompanied by five grey ware drinking vessels, probably of a Lesbian workshop, such as a cup (miniature crater), a deep and shallow bowl, two jugs, as well as gold and bronze jewelry (found around the pelvic area and head), and a pin made of bone. The gold jewelry included two earrings made of thin gold leaf and displaying the use of granulation, a large biconical bead and a bronze bead, probably from a necklace. A case built of schist and containing a grey ware amphora still sealed with its lid (made of stone) and a shallow ceramic bowl, was found north to the burial.

According to the Lesvos Archaeological Service, the jewels consist a group of excellent examples of the Early Historic period’s art of working with gold, which was in slow progress during the 8th century BC in the Aegean and the Greek Mainland, reaching its peak during the 7th and 6th c. BC.