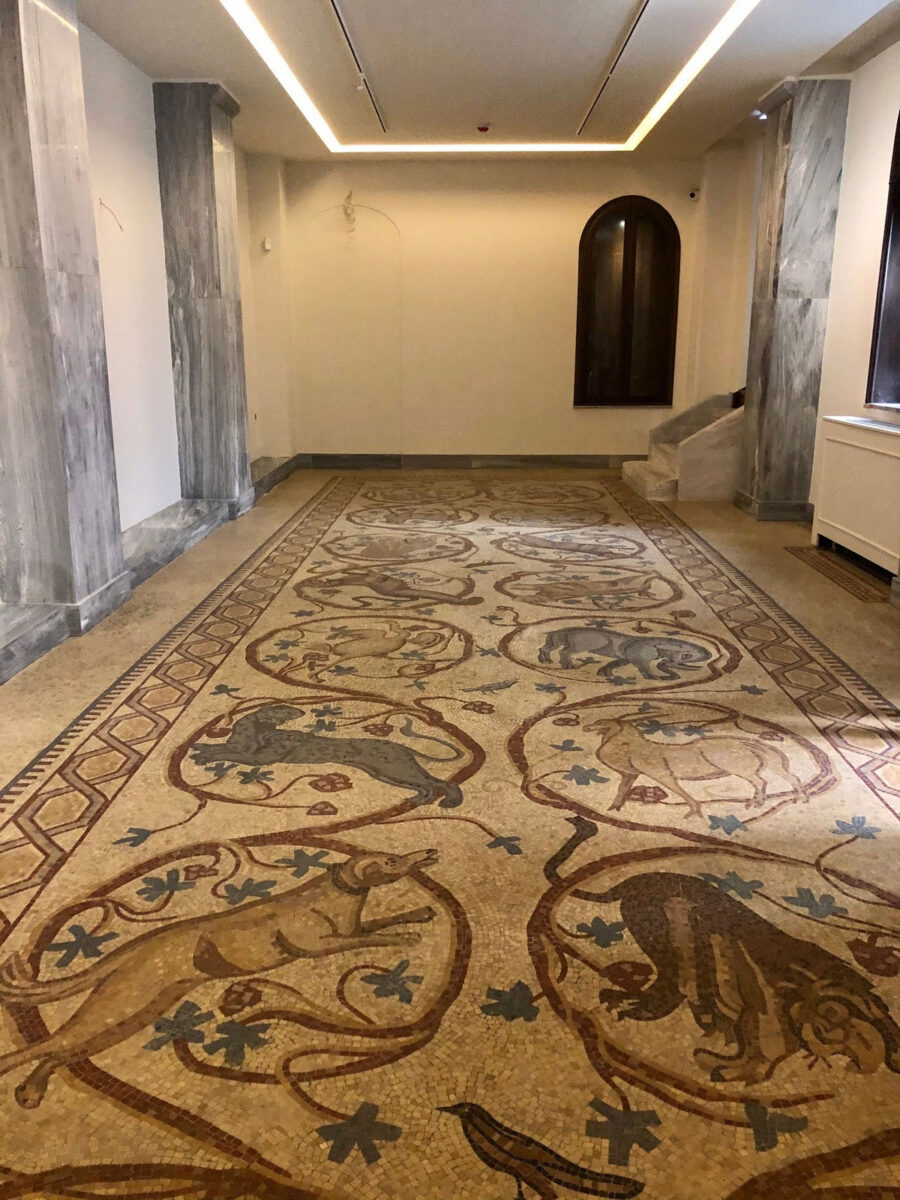 Exhibition of Loverdos collection in its final stages

The exhibition of the Loverdos collection is in its final stages now that works have been completed at the Ziller-Loverdos Mansion on Mavromichali Street, in the center of Athens, which is an architectural, historical and cultural landmark for enhancing the capital city’s urban physiognomy.

The appearance of an old urban residence is reflected in the restored neoclassical house at 6 Mavromichali Street. The building has the semi-basement reception hall – the famous Hellenic Room -, the domed chapel, the wing accessing 38A Akadimias Street, the patio i.e. the former interior garden where a cafe will operate, the first floor where works of the Ionian school will be exhibited and the loft.

The icons and wood carvings from the Byzantine and Christian Museum have already been transferred, while the four wood-carved iconostases from the mid-18th to the early 19th century are promptly being put in place on the first floor.

The Ziller Mansion, built in 1882 by the German architect Ernst Ziller as his permanent residence, is a perfect example of severe Greek neoclassical architecture. The Kefalonian banker and art collector Dionysios P. Loverdos bought the Mansion in 1912, in order to use it as a residence and museum to exhibit his valuable collections.

In 1930 the architect Aristotelis Zachos made modifications and additions to Dionysios P. Loverdos’ private Museum of Byzantine Art, such as the “chapel” without openings, with a dome and an octagonal drum and the hall with the marble columns. In the heart of the neoclassical residence is the Hellenic Room,(formed by joining the two semi-basements), the reception hall in which D. Loverdos entertained the cultural elite of his time. It is decorated with architectural elements from Skyros and Epiros and wood clad fireplaces.  Angeliki Hatzimichalis who supervised the decoration, selected works of folk art as well as Iznik ceramics from Asia Minor in order to highlight the best of traditional art.

The mansion was an inter vivos gift to the Greek state in 1979 and 1992, by the daughters of Dionysios Loverdos, Maria Loverdou and Ioanna Vassiliadis, supervised by the Ministry of Culture on behalf of the Byzantine and Christian Museum, with the aim of establishing the Museum.

Visitors will have the opportunity to see photographs of the building in its former state as well as portraits of Dionysios Loverdos by well known artists. The Ziller-Loverdos Mansion will be open to the public as soon as the country’s epidemiological data allows it.