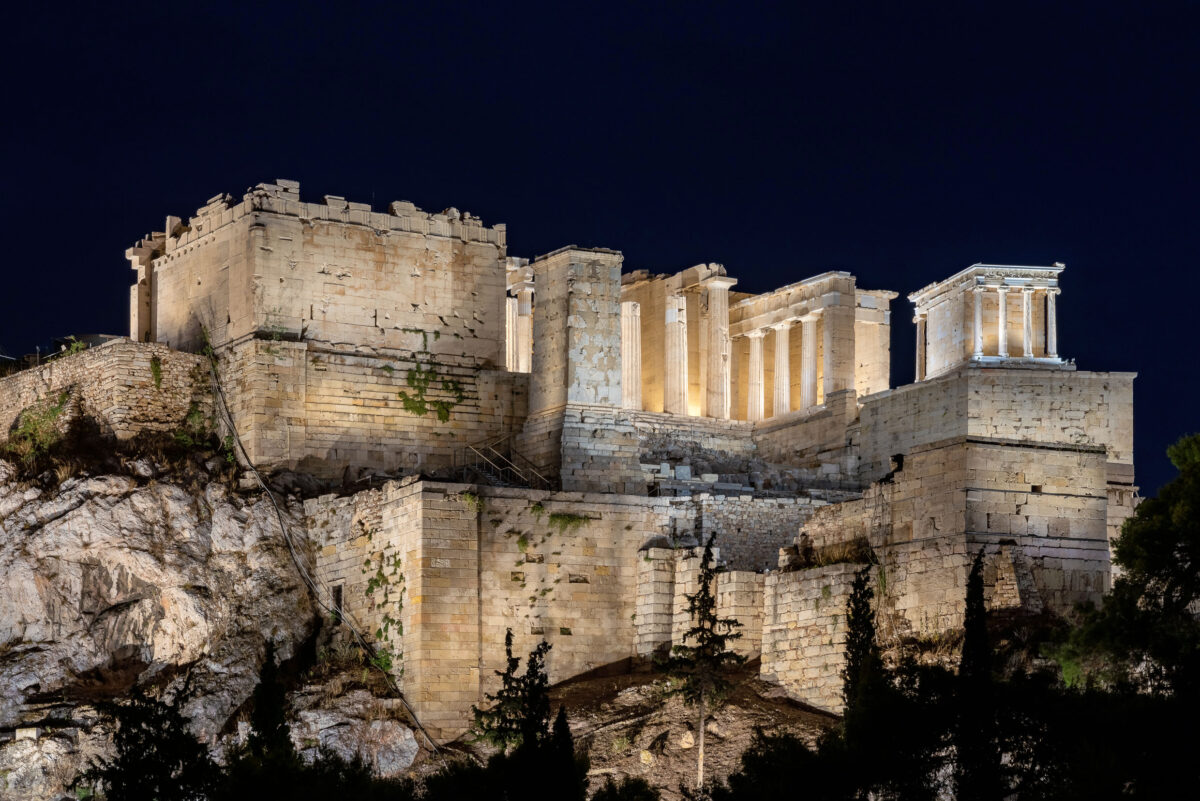 Triple international distinction for the new lighting of the Acropolis

The 2020 Darc Awards in Lighting

The new lighting of the Acropolis won three important awards at the 2020 International Darc Awards. The lighting of the Acropolis was shortlisted for two awards but won three. In the ceremony, which took place online on April 30, the lighting project supervised by Eleftheria Deko, and realized with a donation from the Onassis Foundation, received the following awards:. the best lighting in the Structure category, the Best Creative Lighting Event Award 2020 and the Grand Prize, the “Ultimate Darc Award”, as “best of the best” lighting design 2020.

As the Minister of Culture and Sports Lina Mendoni stated: “The work of lighting the Acropolis, which enhances the monuments of the Holy Rock with a new, brilliant light, is the work of scientists, technicians and of Eleftheria Deko and her collaborators. It was carried out in close cooperation with the services of the Ministry of Culture and Sports, employees of the Archaeological Service and approved by Archaeological Legislation. It is one of the projects being implemented on the Acropolis with the kind support of the Onassis Foundation for the upgrading of services provided to the public. This work is now gaining international recognition by experts in art and lighting across the world. The light of the Acropolis is travelling around the globe. It is enhancing the most important monument of Western Civilization, promoting our cultural heritage and promoting Greece. Sincere congratulations to Eleftheria Deko and her associates for their important success that honours our country”.

The Darc Awards are considered the “Oscars” of lighting worldwide. Each year, a committee of reputable lighting designers and architects decides which projects will be nominated. Only professional architects and lighting designers from around the world have the right to vote. For 2020, 400 entries were submitted from 40 countries. 14,000 people voted and the lighting of the Acropolis won the above awards. It is noted that it is the first time a Greek lighting design receives the “best of the best” Lighting award. The fact that it concerns the lighting of the Athens Acropolis makes it particularly significant.