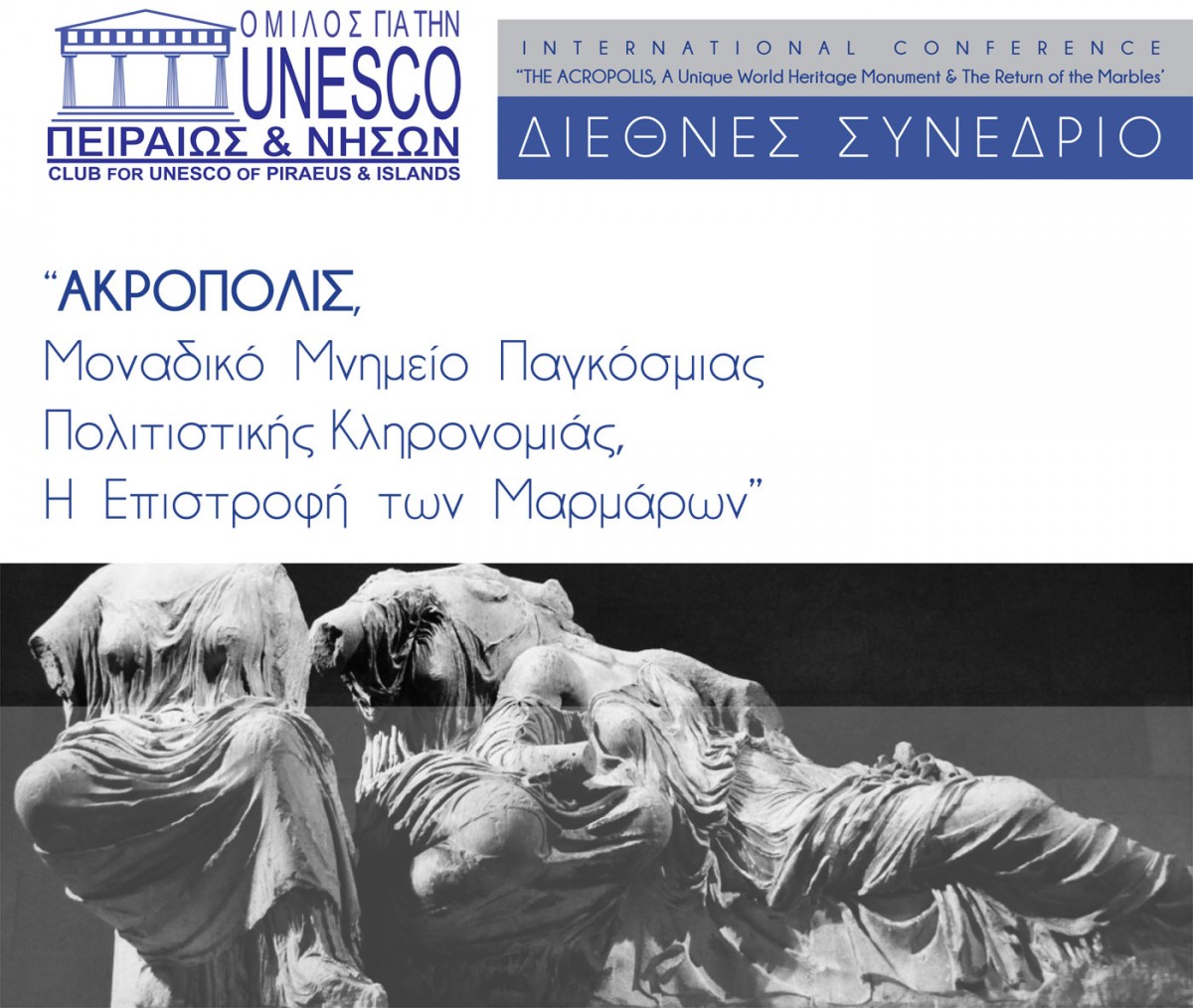 The Return of the Marbles

Conference aiming to raise awareness of the repatriation's importance

The aim of the international conference “ACROPOLIS – A Unique World Heritage Monument. The Return of the Marbles”, due to take place next Monday, Oct. 6, is to strengthen the awareness of the local community about the cultural importance of the return of the Parthenon’s sculptures.

The Conference will be introduced by the Vice President of the World Federation of UNESCO Clubs, Centers and Associations (WFUCA) and President of the Club for UNESCO Piraeus and Islands Mr Ioannis Maronitis.

Presentations of the conference will address various subjects, such as global ethics, new arguments for the repatriation of the Parthenon sculptures, the essence of classical civilization, the protection of the World Cultural Heritage, the aesthetics of democracy.

Prominent personalities in the field of culture, diplomacy and academia from Greece and abroad, members of the European parliament and Greek, researchers, and journalists from the British and Greek press will also attend.

The conference will open with the “Ode on the Return of the Parthenon Marbles” by composer Mr. Zorze Katris, a symphonic anthem based on the relation of mathematics of Pythagoras and the ancient alphabet.

The conference is organized by the Club for UNESCO of Piraeus and Islands and takes places under the aegis of Melina Mercouri Foundation, the World Federation of Clubs, Centres and Associations UNESCO (WFUCA), the European Federation of Clubs, Centres and Associations of UNESCO (EFUCA) and the Greek Section of ICOMOS. It occurs on Monday, October 6, 2014 in “ATHINAIS” Cultural Center at Kerameikos. Mr Pandelis Kapsis, reporter and ex Minister will coordinate.

The conference will take place in the Cultural Center “Athinais” (Kastorias 34-36, Botanikos, Athens).