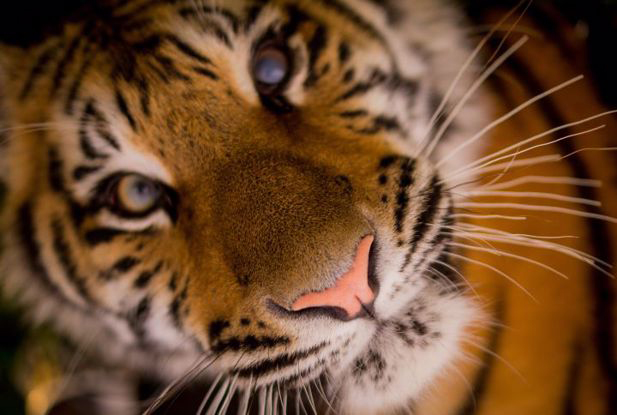 Ancestors may have created ‘iconic’ sounds as bridge to first languages

The ‘missing link’ that helped our ancestors to begin communicating with each other through language may have been iconic sounds, rather than charades-like gestures – giving rise to the unique human power to coin new words describing the world around us, a new study reveals.

It was widely believed that, in order to get the first languages off the ground, our ancestors first needed a way to create novel signals that could be understood by others, relying on visual signs whose form directly resembled the intended meaning.

However, an international research team, led by experts from the University of Birmingham and the Leibniz-Centre General Linguistics (ZAS), Berlin, have discovered that iconic vocalisations can convey a much wider range of meanings more accurately than previously supposed. Listen to a selection of sounds: ‘Cut‘; ‘Tiger‘; ‘Water‘; and ‘Good‘.

The researchers tested whether people from different linguistic backgrounds could understand novel vocalizations for 30 different meanings common across languages and which might have been relevant in early language evolution.

The team published their findings in Scientific Reports, highlighting that the vocalizations produced by English speakers could be understood by listeners from a diverse range of cultural and linguistic backgrounds. Participants included speakers of 28 languages from 12 language families, including groups from oral cultures such as speakers of Palikúr living in the Amazon forest and speakers of Daakie on the South Pacific island of Vanuatu. Listeners from each language were more accurate than chance at guessing the intended referent of the vocalizations for each of the meanings tested.

Co-author Dr Marcus Perlman, Lecturer in English Language and Linguistics at the University of Birmingham, commented: “Our study fills in a crucial piece of the puzzle of language evolution, suggesting the possibility that all languages – spoken as well as signed – may have iconic origins.

“The ability to use iconicity to create universally understandable vocalisations may underpin the vast semantic breadth of spoken languages, playing a role similar to representational gestures in the formation of signed languages.”

Co-author Dr Bodo Winter, Senior Lecturer in Cognitive Linguistics at the University of Birmingham, commented: “Our findings challenge the often-cited idea that vocalisations have limited potential for iconic representation, demonstrating that in the absence of words people can use vocalizations to communicate a variety of meanings – serving effectively for cross-cultural communication when people lack a common language.”

An online experiment allowed researchers to test whether a large number of diverse participants around the world were able to understand the vocalisations. A field experiment using 12 easy-to-picture meanings, allowed them to test whether participants living in predominantly oral societies were also able to understand the vocalisations.

They found that some meanings were consistently guessed more accurately than others. In the online experiment, for example, accuracy ranged from 98.6% for the action ‘sleep’ to 34.5% for the demonstrative ‘that’. Participants were best with the meanings ‘sleep’, ‘eat’, ‘child’, ‘tiger’, and ‘water’, and worst with ‘that’, ‘gather’, ‘dull’, ‘sharp’ and ‘knife’.

The researchers highlight that while their findings provide evidence for the potential of iconic vocalisations to figure in the creation of original spoken words, they do not detract from the hypothesis that iconic gestures also played a critical role in the evolution of human communication, as they are known to play in the modern emergence of signed languages.