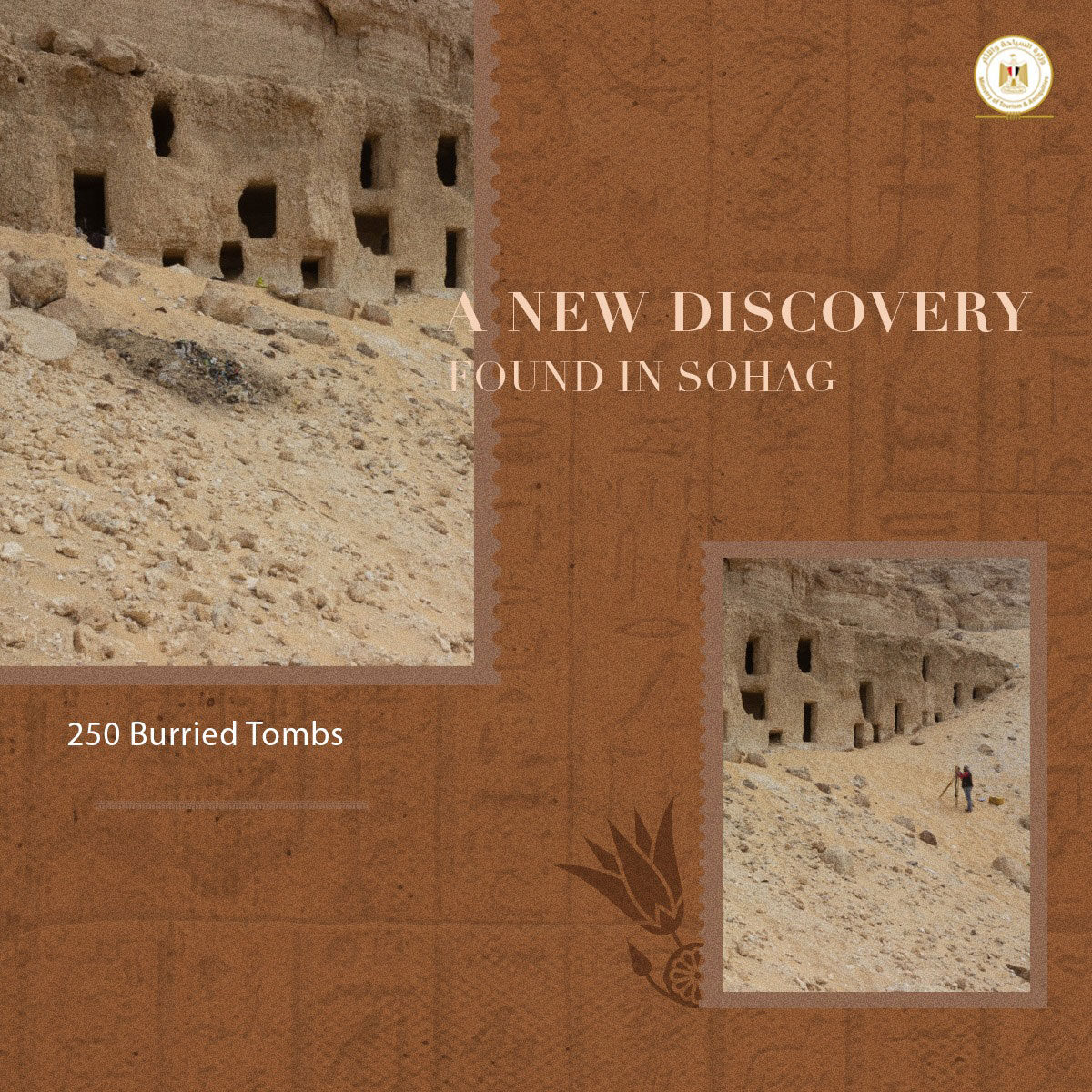 An Egyptian mission worked on 250 tombs etched at several levels in the mountain.

A large number of rock-cut tombs has been excavated in Al Hamdiya necropolis, in Sohag, Egypt, as part of an archaeological documentation and registration project running in the Eastern Mountain by the Archaeological Mission of the Supreme Council of Antiquities.

According to Dr. Mustafa Waziri, Secretary-General of the Supreme Council of Antiquities, the mission worked on 250 tombs etched at several levels in the mountain. The tombs have different characteristics, such as one or several burial wells, or a ramp that ends in a burial chamber. These monuments cover an extended historical period, dating back from the end of the Old Kingdom to the end of the Ptolemaic period.

Waziri referred extensively to a particular tomb dating back to the end of the Old Kingdom with an interesting architectural style. The tomb consists of an entrance leading to a cross-hall and a burial shaft on the southeast side, which is a sloped passage leading to a small burial chamber, and the shaft was reused again in later eras. It had a false door inscribed with fragmentary surviving hieroglyphic texts. Of its decorative program, other scenes, also surviving in fragments, depict the tomb owner slaughtering animals for sacrifice, and other individuals presenting offerings to the deceased.

Mohammed Abdul Badia, head of the Central Department of Antiquities of Upper Egypt, said that the excavations in this area brought to light large quantities of pottery. Some of the vessels found were used in daily life. A group of spherical small pots with yellowish coating residues from the outside known as votive miniatures had been used in funerary furniture as miniature symbolic masterpieces. Among the rest of the finds were many small-sized alabaster vessels, fragments of a round metal mirror, human and animal bone remains pottery shards of Late Period amphorae, and the inscribed pieces of limestone that may represent funerary paintings and dating back to the end of the 6th Dynasty.

As part of the project, more than 300 tombs in the area have been registered and documented. With the completion of the project, it is expected that more cemeteries will be uncovered at more than one level on the mountain.

It is worth noting that this group of tombs represents the rulers and staff of the 9th province (nome) of Upper Egypt, extending around the city of Akhmim, and home to the cult of god Min. The area was an important ancient Egyptian administrative center due to its position between the capital Memphis and Aswan, and its proximity to Abydos, the cult center of the god Osiris.