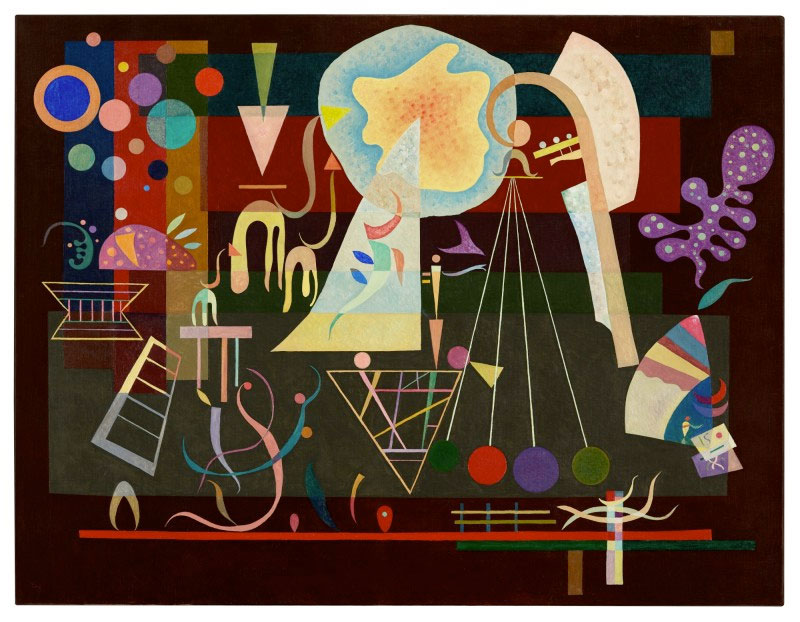 Auction of a Kandinsky work from the S.R. Guggenheim collection

A work by Wassily Kandinsky from the collection of the painter’s friend Solomon R. Guggenheim will be auctioned at Sotheby’s in London on June 29. The painting “Tensions calmées”, a work of 1937, was exhibited until May 12 at Sotheby’s, New York and  is currently travelling to Dubai, Taipei the capital of Taiwan and Hong Kong before ending up in London.

The work was auctioned by the House in 1964, as part of an auction of nearly 50 works by Kandinsky from Solomon R. Guggenheim’s collection. Since then, it has remained in a private American collection. Going under the hammer after 57 years in an individual’s possession, it is estimated that it will fetch 25 to 35 million dollars.

The artist completed the work after moving to Paris in 1933, during which time he created some of his most important works related to music. The painting “Tensions calmées” was included in the memorial exhibition organized by Guggenheim in 1947 after Kandinsky’s death in 1944.

“If there is one pairing which epitomizes the connectedness between art and music, it is the chance encounter between Kandinsky and composer Arnold Schoenberg at the start of the 20th century”,said Helena Newman, head of the auction house’s Impressionist and Modern Art. “This great masterpiece of abstract painting is one of the most important works by Kandinsky to be auctioned in the last ten years”, she said.

If the work reaches its most conservative estimate, “Tensions calmées” will become one of the three most expensive works of the artist to have been sold at auction. The record for a work by Kandinsky is held by Painting with White Lines (1913): it sold in 2017 at auction in Sotheby’s, London for $ 41 million.