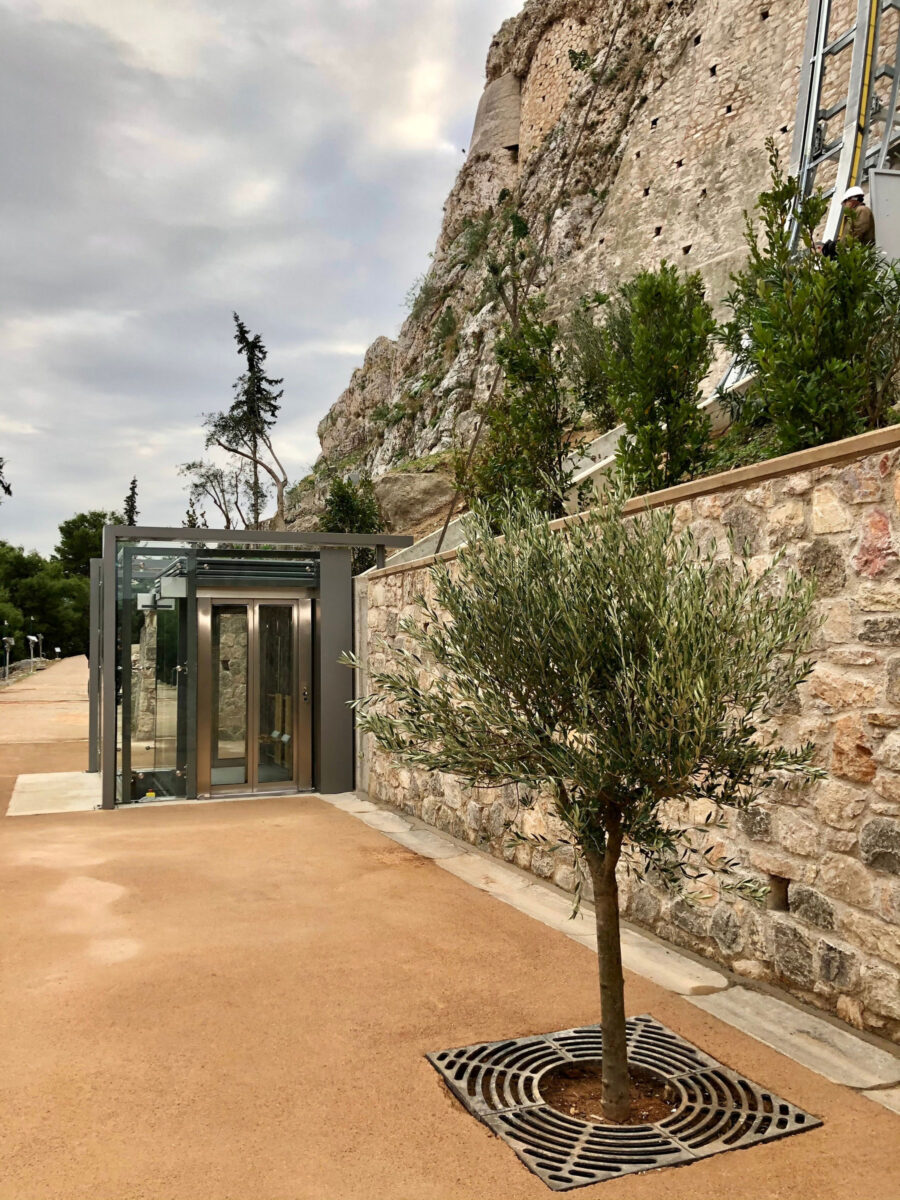 The Ministry of Culture and Sports has announced that during last Tuesday’s meeting, the Central Archaeological Council unanimously approved the completion of the infrastructure of the Acropolis Archaeological Site for people with disabilities as well as the replacement of the existing equipment. The works are part of the upgrading of the services provided to make the Acropolis fully accessible.

After the installation of the slope elevator, an international prototype of its kind, there has been a configuration of the routes for people with mobility difficulties and two golf carts supplied for the convenience of people in wheelchairs and disabled people in general. Now the services of the Ministry of Culture and Sports in collaboration with the National Confederation of Disabled People/ESAMEA and the Lighthouse for the Blind of Greece are implementing further proposals to enhance accessibility to the Acropolis. It should be noted that by decision of the Minister, a joint MOCAS-ESAMEA working group has been set up for all cultural spaces and infrastructures.

In accordance with these proposals, two parking spaces are being marked exclusively for vehicles driven by the disabled, at the southern end of the Areopagus plateau, to the north and east of the existing fencing of the Ancient Agora. Being level, this location is more suitable than other spots and it does not impede the traffic of visitors and vehicles entering and exiting the archaeological site.

Existing signboards are also being moved or redesigned, with bilingual ones (Greek and English) in Braille put in place, as well as ones in large print (Capital and Bold) for people with partial vision. The material and size of the signboards will be determined in collaboration with the Lighthouse for the Blind. It is planned to place a special signboard in two languages in large print and Braille for visitors to be informed about the sloping of the pavements, while signposts with the International Accessibility Symbol will be placed on the D. Areopagitou Pedestrian Street and Robertou Gali Street indicating the entrance to the Acropolis for the disabled.

A tactile route has been planned for the visually impaired. With the help of their companions, they will be able to touch representative exhibits, e.g. mobile models of the monuments or architectural members on a different scale. In addition, a model of the Archaeological site of the Acropolis will be installed for the blind to touch , made of acrylic or porcelain vibe, durable materials for the open air and without sharp points and corners, to allow the visitors a tactile exploration of the monument.

Regarding information material, bilingual brochures in capital letters and Braille will be designed, as well as an upgraded website of the Ephorate of Antiquities of Athens, according to international standards for the accessibility of the disabled. A special field will be added providing necessary information for the accessibility of people with mobility difficulties, so they can organize their safe and unobstructed tour of the Acropolis before visiting the site. It is also planned to create a mobile application that will provide written and oral information about the monuments. In each monument the application will be able to automatically identify the location and give the corresponding information. It is also planned to create a service structure for the convenience of people with disabilities while visiting the Acropolis.

The study for the replacement of the archaeological site’s old equipment makes provision for new cordoning along the new paths, for the demarcation of the routes, the assistance of vulnerable groups of visitors, the archaeological site’s protection and the safety of the places where archaeological and restoration work is being conducted. For people with mobility problems, in combination with the fixed handrails there will be signs indicating the sloping sections of the routes where the help of an assistant is required for their access.

New seats are also being designed reusing stones from earlier restorations. These seats carry the memory and marks from their previous use. The marble architectural members will be selected by both the Ephorate of the City of Athens Antiquities and the Acropolis Monuments Preservation Service/YSMA and they will be reused with care so as to be clearly distinguishable from the actual antiquities.

Lastly, a smaller number of new waste bins are being installed, replacing the existing ones, with a single or double bin, a light metal frame and with provision made for recycling.

It is also noted that the above works are included in the donation by the Onassis Foundation to the Ministry of Culture and Sports.