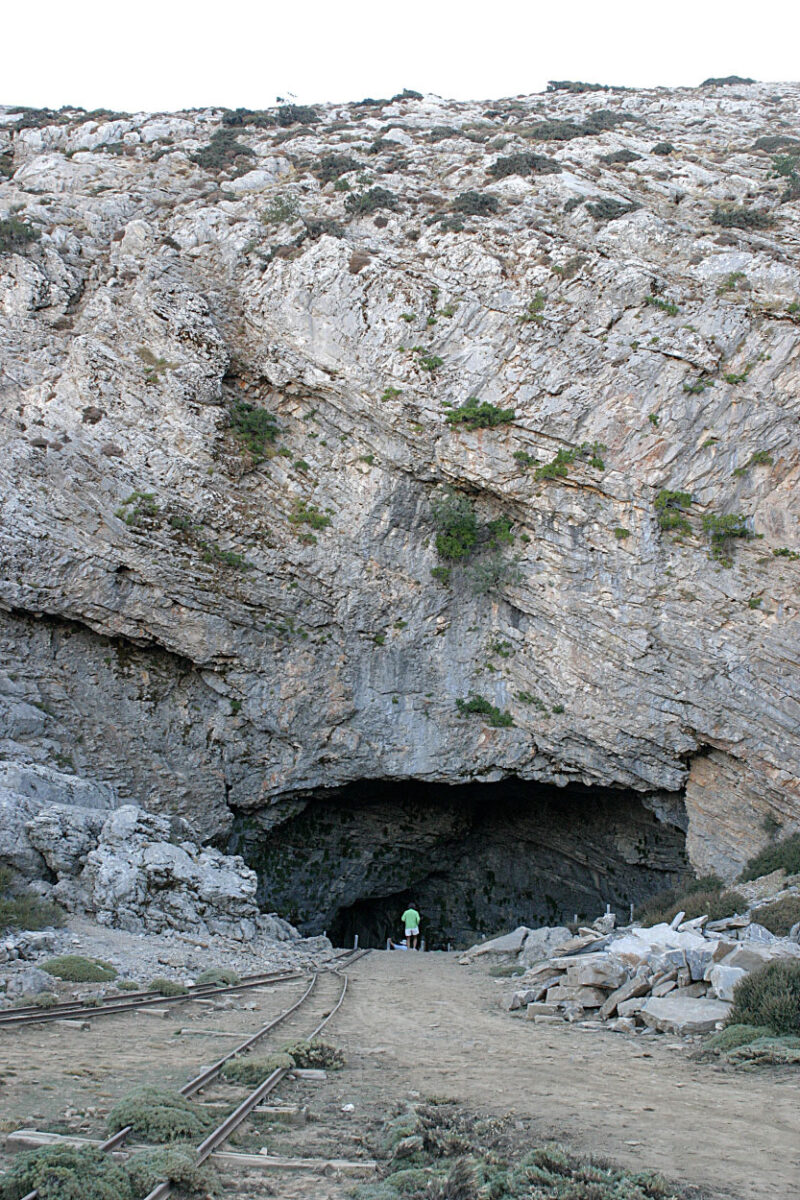 Inspection of the Idaean Cave

By employees of the Ephorate of Palaeoanthropology and Speleology

The damage caused by winter weather and the passage of time in the  Idaean Cave (Ideon Andron) was recorded by employees of the Ephorate of Palaeoanthropology and Speleology of the Ministry of Culture during their visit to the cave.

The inspection was made in view of the opening of the Idaean Cave, with the Mayor of Anogia Socrates Kefalogiannis being present. It was agreed that the services of both the Ministry and the Ephorate and the Municipality of Anogia will take all necessary steps to clean the space and make it presentable as soon as possible. For the first time this year the space will operate with two people; a security guard and a maintenance worker.

“The Idaean Cave and its greater surroundings including the Nida plateau, are a monument of exceptional archaeological value and an area of outstanding natural beauty”, said the Mayor Socrates Kefalogiannis who pointed out that the cave is being treated by the Ministry of Culture and the Ephorate of Palaeoanthropology and Speleology as one of the most important cultural monuments of our country.” In the last year, the Ministry has planned many important interventions for one of the most important caves in Crete, as it is mythologically associated with the god Zeus. An important intervention is the “Stabilizing of the slopes of the Idaean Cave’s Entrance” by the Operational Programme “Crete 2014-2020″, with a total budget of €607,805.22; the need for a series of stabilizing works being considered urgent to secure and enhance all the Andron’s features”, said the Mayor of Anogia.

At the same time, according to information, necessary geological, architectural and static studies of the cave’s interior were prepared so that the visits can safely take place, while “…we will shortly have the necessary approval from the Central Archaeological Council. Moreover, the maintenance of the route to the Cave and its improved accessibility to all visitors have also been planned”, said Mr. Kefalogiannis.

The Idaean Cave is located on the eastern slopes of Mount Ida, on the Nida plateau, at an altitude of 1,498 m. and 20 km away from Anogia. It is one of the most important sites of religious worship of Minoan Crete being mythologically associated with the god Zeus. It was first investigated by the Italian archaeologist F. Halbherr, while small-scale excavations were conducted in 1917 and 1956 by St. Xanthoudidis and Sp. Marinatos respectively. The systematic archaeological research carried out by the Archaeological Society and Ioannis and Efi Sakellaraki between 1982 and 1985 documented the uninterrupted human presence in the Ideon Andron from the 4th millennium BC up to the 5th century AD.