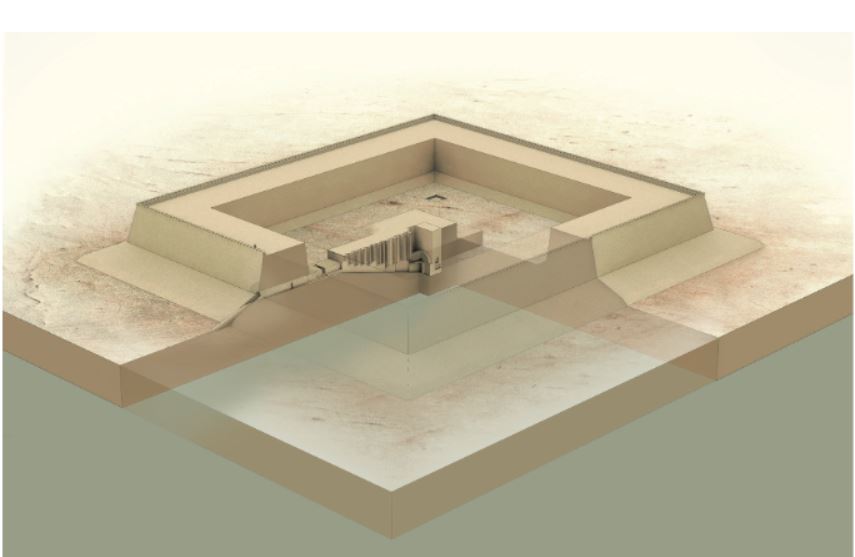 The mysterious tomb of Dara reconsidered

The characteristics and date of 'Monument M'

Ancient Egyptian architecture experts have reconsidered a little-studied ancient monument dominating the necropolis of Dara in Middle Egypt. The results of their research have been published in the latest issue of the Journal of Ancient Egyptian Architecture.

The origins and dating of the monumental funerary structure at Dara necropolis which is known as ‘Monument M’ have often been discussed by Egyptologists. Various interpretations of the evidence have been made to date, but important questions remain unanswered about who may have been buried there and the type of tomb it was intended to be (pyramid or mastaba). This situation persists despite the excavations carried out during the first half of the 20th century. Now, researchers Franck Monnier and Rémi Legros have reviewed the existing evidence, also documenting the monument anew, drawing a group of conclusions regarding the monument’s character and dating.

In their article, the authors undertake an in-depth critical analysis of the existing reports in order to propose a more accurate reconstruction of this unique funerary complex. They present new ground plans and axonometric reconstructions of the monument and its different parts, which are based on a recent survey of the site. Based on these latest observations, Monnier and Legros demonstrate that the details of this mortuary structure can throw light not only on the funerary but also on the military architecture of the First Intermediate Period, a turbulent yet formative era for Egypt’s history. By having documented the few inscribed objects found at the site, the article’s authors have also reevaluated the dating of the monument, presenting a safe date to the First Intermediate Period with a continuous use during the early Middle Kingdom (the transition from the 11th t the 12th Dynasty).